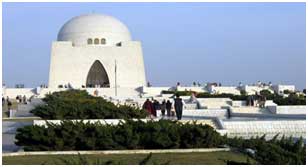 It was the morning of 19th October when some police men broke the doors in a hotel where Marayam Nawaz was staying with her husband Captain (retd) Muhammad Safdar Awan and arrested Captain Safadr for violating the sanctity of the mausoleum of Quaid-e-Azam Muhammad Ali Jinnah. The Brigade police, on the night between 18th and 19th Oct, registered an FIR No591/20 under sections 6,8,10 of the Quaid-e-Azam’s Mazar Protection & and Maintenance Ordinance 1971, read with 506-B and 427, on behalf of complainant Waqas Ahmed Khan, a resident of Saadi Town who is said to be convicted under murder cases that are pending. Later Safadr was released on bail but this incident turned in to a fiasco that was not needed.

PML-N leader and spokesman for Nawaz Sharif and Maryam Nawaz’s audio had been leaked in which quoting the chief minister Sind said the IGP Sind was ‘abducted’ by Rangers and they directed him to arrest Capt (retd) Safdar. On this COAS has ordered an enquiry. But think for a while what the need of FIR was and if required than it could have been done in easy manners. But in this country everybody think himself above all and above barriers of law. Thereafter on Sind Police going on leave aggravated the matter further as this brought establishment under suspicion.

In Pakistan such matters begin from 1955. Whether it was hanging of Zulfikar Ali Bhutto, invention of the doctrine of necessity, conformity of actions beyond the constitution or justifying decisions, those decisions put deep but negative scars on the politics of the country. Those decisions set precedence but a negative one. No one likes to quote them, today. Even courts do not consider those decisions of past as a precedence for their own decisions.

The very first example of such decisions came to the fore in 1955, when the then chief justice of the Supreme Court Muhammad Munir declared the undemocratic decision of dissolving assembly justified under the doctrine of necessity. Later, the same decision, doctrine of necessity fame, provided a lever to the dictators to enter into politics. The same decision provided legal justification for the military intervention by General Ayub Khan in 1958. And the dictators who came afterwards got help from the same doctrine of necessity in breaking the constitution and deposing the elected governments.

Nobody came out on roads against those decisions. That created an impression that people wanted the same should happen. No sane and conscious person favors them today.

Another similar example is also part of our history. That too is quoted as an example but as a negative one. Former Prime Minister Zulfikar Ali Bhutto was hanged to pursue the will of a military dictator with the help of judicial system; the same gale emerged on that and an impression was created that though Bhutto was elected yet he was not popular.

The Supreme Court itself admitted that, as a respected judge Justice Nasim Hasan Shah, who had rejected the appeal against the capital punishment of Zulfikar Ali Bhutto, wrote a book in 2002 and expressed regrets on that decision made by him.

Let’s talk another black chapter of Pakistan’s politics. During the decade of 1990’s, three elected governments of Pakistan were deposed under Article 58-2(b) of the Constitution in which the democratic parties themselves were involved in toppling the government of each other. The court conform the presidential order twice and rejected it once. No protest was made against all these three decisions, the political leadership was happy and sweets were distributed.

Another example on this topic is also part of Pakistan’s history. Pervez Musharraf toppled the democratic government made by two-thirds majority in the parliament; court protected his unconstitutional actions, instead. That decision was welcomed during a political gale. PPP distributed sweets.

At that time too, the media used to put headlines comprising ‘All is OK’ and ‘all is well’ and nobody was criticizing it. But when we look at that situation today, as the political storm has settled down, and the matter is visible clearly, we find it as a black chapter too. Nobody terms those measures as rightful.

The court itself has declared those decisions and measures taken in the past as controversial. Just after imposing the second emergency, sacked six judges of higher judiciary, some judges supported Musharraf and took oath under the PCO, but afterwards on July 31, 2009, a 14-member bench chaired by the then chief justice Iftikhar Chaudhry, declared the emergency and the second PCO unconstitutional and illegal and also declared the appointments of those judges illegal who took oath under the PCO and buried the doctrine of necessity. Before that in 2002, nobody raised any voice against declaring the unconstitutional actions of a dictator as justified by Justice Irshad Hasan. But that decision too is a black chapter of the judicial history, today.

An important member of Panama execution bench, Justice Azmat Saeed Sheikh, himself has written in his April 20 decision that unfortunately the decision of deposing an elected government through unconstitutional act was upheld; the court considers that decision of the past as a wrong one today.

Therefore, the Panama case is also a historical one. The requirements of law must be fulfilled, by going away, rather far away, from the gale of political wrangling. This case must set precedence for the future on undeniable evidence instead of that political gale and political atmosphere that has been created by political parties and the media, whether that is by the supporters of Nawaz Sharif to save him or by the PTI government wanting the decision against him.

Nawaz Sharif has been convicted on having aqqama and not on any financial bungling. Lot of Ministers and Advisors are holding aqama and have dual nationality but the people on the government side are honest and right and on the opposition all are corrupt.

We all should learn from these bad precedents and make law equal for everyone and any institution otherwise we would remain under crisis and crisis. 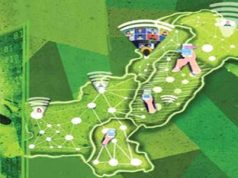 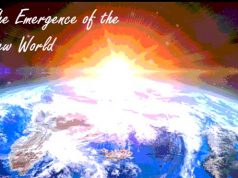 Best and worst for Pakistan