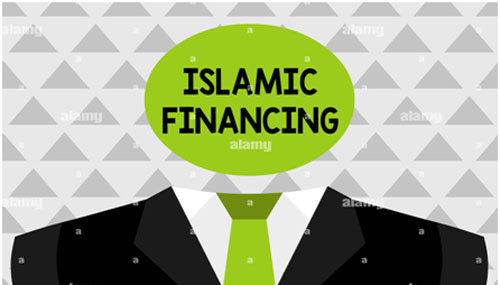 An article was published in the Financial Daily on August 11, 2010 in which a view was expressed on Islamic Finance with reference to comments made by the Acting Governor of SBP Mr. Yaseen Anwar. Mr.Yaseen Anwar was right to say that currently Islamic Banking in Pakistan and elsewhere aremainly relying on debt based fixed income products, so they should try to move towards non debt based Islamic products which in fact are the essence of Islamic Finance. The situation as such is prevailing in 2021 even.

However after accepting version of the Acting Governor efforts in regard to Islamic banking or finance altogether scenario remainedfake and just reflection of a mockery.

As a solution he suggested that first we should all become pious and respectful to each other. In this way we would be able to createenvironment for Islamic finance. To me this argument is against historical facts. Just see how Islam came, no body was acceptingit, but with solid footing, Hazrat Muhammad (PBU) went on with his fight. However the changes emerged with new codes and system that was brought in shape of Quranic instructions and practical example of Hazrat Muhammad (PBU). In recent example for implementation of Islamic Finance, Malaysian did not wait for the time till all their inhabitants turn in to disciplined and respectful to each other. For this they first brought changes in their legislation and though these changes provided due support to the Islamic financial market.Since 2005 onward Malaysia has remained successful in meeting all its infrastructure requirements through Sukuk issuance.

So for Islamic finance we need to study the dynamics of current financial system and to innovate products and market supported by due legislation. If these products can become better alternatives to conventional products than we can say that we have made some head ways towards our desired goal.

Fortunately I got opportunity to remain part of an international committee on this very subject. The committee was assigned to focus on development of Islamic financial market, so in nutshell I know that still we are at proposing points and nothing has come in reality very substantially. But this argument goes well for conventional finance as well that has failed time and again and is in transformation after 2009 US recession.

Without going in todetailwhat our constitution says on the subject and what has been interpreted by the Supreme court regarding riba and what has been done by the different regimes especially General Ziaul Haq, we should try to deliberate on this subject very seriously.

Islamic finance dose not recognize concept of time value of money i.e. inflation, but in fact it is not like this in the real world. The fact is that Islamic Finance currently exists as a small portion of total finance. Currently World GDP is around $ 84.5 trillion in which Islamic countries(52 in numbers) have just GDP of around $ 5.7trillion. Now comingexclusively to Islamic countries they are also practicing a small part of Islamic Finance in their jurisdictions. In Pakistan it is just 17 % of total banking assets. In Malaysia it ranges above 38% of total banking .In ultimate Islamic finance is just small part of total finance, so to expect from it to become a catalyst in bringing change in the economic dimensions is futile to think at the moment.

So than what Islamic finance or Islamic banking means. To be rational it is a market niche and should be recognized like this for the time being. On conventional side they innovate many new products on daily basis so Islamic financial products are just addition on this regard.

While teaching on Islamic Economics in Sheikh Zayed Sultan Institute University of Karachi, I used to say to my students that Islamic finance is at its start and more frankly is at zero. At this, once Current Director of Islamic Banking in SBP at that time commented that if you are holding this view than what you are telling to your students on Islamic economics. My answer was that I am telling them the truth and after recognition of this truth we can move forward.

One must remember that revival of Islamic economics/finance started after decisions made in Makahconference in the decade of 70,s. Thereafterfirst Islamic bank was established in Egypt and onward in Dubai in 90,s. First Sukuk (bonds) were issued in Bahrain in decadeof 2000. Islamic banking in current shape started just in 2007. So revival of Islamic banking or Islamic finance has a history of ten to thirteen years. No doubt on evolution we have a history of 1300 years but that has no match with currentfinancial innovations. That was the period ofIslamic capitalism or Mercantilism.

Now coming to current Islamic financial complexities, first we should all know that like different sects we have different definitions for riba (interest).  In Iran they have different definition and this is so in case of Malaysia and Indonesia. We are more close to GCC and Sudan. This needs rectification and a consensus definition needs to be coined. Unfortunatelydifficulty in this area is the religious scholars. In one meeting we 20 countries tried to coin some definition but at this Governor of Central Bank of Sudan said that all right I carry this definition but if religious scholars in my country do not agree with this definition than I can not do any thing. This subject require long deliberations as Quran and Sunnah are clear on this subject but difference arises on their interpretations by four school of thoughts i.e. Hanafi, Shafi, Hambali and Malaki who basically differ on the point that how much weightage is given to the logic or Ijmah on making these interpretations.

Islamic finance is more complex than conventional. If not done with precision than it carries lot of risks as all its transactions are asset based and asset is also embodied with its own risks. Take the example of mortgage financing in US that has brought havoc for the whole world.

Now coming to the subject of debt and non based Islamic mode of financing, mostly financial institutions trade on Murhabah (leasing). On non debt based financing we have Musharkah, Mudarbah and Ijarah. Ijarah is mostly in practice, however in case of Musharkah and Mudarbah they have mostly been practiced in Iran and Sudan from the government side. But in lump sum they have not been able to control liquidity through these modes. In Iran and Sudan the inflation has always remained above 40%. Secondly use of theses modes requires expertise to price an instrument on long term basis. This is very difficult. In some countries they have tired to develop some benchmarks through floatation of World Bank (IFC) or ADB papers. Take example of Pakistan. Can any bank is able to price infrastructure financing on right lines. So in fact this is a difficult area both for Islamic as well conventional finance. Pakistan was offered by ADB in this regard through a currency swap arrangement but was not accepted as its cost was significant i.e. of currency swap.

However for growth of Islamic finance in Pakistan, first SBP should try to take Islamicbanks in its ambit. Still they can not borrow from SBP (Except throughexport refinance on Musharkah basis) or can place their excess funds with SBP as conventional banks can do.

Government of Pakistan Sukuk now amounting more than Rs 50 billion is a good addition in Islamic Finance in Pakistan. While in SBP I played some role in its development. It is Ijarah based but still I hold that it needs to be transformed in to short term instrument like T-bill available on discount. For doing this government would have to change its accounting procedures, however carrying quality of short term instrument with payment on cumulative basis it would be easy to price it in the market.

For issuing GOP Sukuk, government sold Lahore Islamabad motorway to the investors (with pledge to buy it back on maturity of the bonds) for raising Rs 162 billion and $ 1 billion through international market. For domestic sukuk they are using Islamabad-PindiBhatian motorway and even International Airport of Karachi. So if government starts using Sukuk for meeting its deficit than automatically it brings a ceiling on its borrowing which domestically has gone unchecked. Pakistan’s debt-to-GDP ratio is 90.6% while it should be less than 60% of GDP.  Mostly debt is without collateral but in case of Islamic borrowings should have assets behind it .So adoption of Sukuk automatically brings a check on government borrowings

Finally we all should recognize that perception stands against Islamic finance in Pakistan and every one consider itlike a conventional product. To me frankly currently banks and universities in Pakistan are not interested in giving true picture of Islamicfinance. It has become a business and would result like this till it is treated like a business.  Dr Younus of Bangladesh once said that I got success in bringing idea of microfinance in to reality because I was not a banker who always indulges in making decisions on the basis of his balance sheet.