Pakistan’s economy is in shamble and the rupee has never been as weak as it is looking in the last Q of CY 2018 with inflation at surge now at 7%. The balance of trade is at its worse with the deficit exceeding $30 billion. Exports are dwindling, imports are going up and foreign exchange reserves are under pressure. Without $20 billion a-year annual remittances from overseas Pakistanis, the country would have been in serious difficulties.

The poor economic management for the last 20 years including Musharaf (fall of economy from 2005-2008 due to irresponsible policies), Zaradri, Nawaz Sharif (Both depended on a team making money) and few weeks of Imran Khan (having worst team than Musharraf, Zradari and Nawaz Sharif) has brought the country to its knees having to knock at the doors of the IMF again and again.

The current government has no economic team with Assad Umar proving to be the worst with other members all from Musharraf period. However looking from economic angle the solutions to Pakistan economic problems are as follows:-

Pakistan is now a country of 200 million with population bellow 30 years as 70% of the population. The unemployment rate in 2018 is 5.9%. Infant mortality rate per 1000 is 72. Expenditure on education in 2018 is 0.96% of GNP, whereas literacy rate stand at 58% of population including mainly those who can only write their names. Health expenditure is just 0.49% of GDP.

Currently there is an urgent need to improve the balance of trade and the looming deficit. Trade account balance as of FY 2018 has touched (-)$ 3,688 million whereas current Account balance for the same period has touched (-)$ 1,932 million  Although exports and  inflows from remittances increased in the first three months of this fiscal year, which began in July, higher oil prices are pressuring the current account deficit. Moreover, foreign exchange reserves hit multi-year lows at the close of September and the currency fell to a record low against the U.S. dollar in early October. Against this backdrop, on 18 September the government raised import duties on 5,000 different items, hiked income taxes and scaled back tax breaks. On 8 October, the finance minister also announced that the government would seek an IMF bailout. A slowdown is expected this fiscal year as the country grapples with economic imbalances and both fiscal and monetary policy tightening takes hold. Economics Consensus Forecast panelists see growth of 4.7% in FY 2019, unchanged from last month’s estimate, and 4.7% in FY 2020 against earlier growth of 6% GDP growth in first half of FY 2018.. The import of consumer goods is destroying local industry and straining foreign exchange reserves. Every country from Bangladesh to Vietnam is exporting finished garments worth tens of billions of dollars, but Pakistan has failed to capture a meaningful share of this market. The export comparison with upcoming Asian economies puts Pakistan to shame, Vietnam with exports worth $214 billion, Thailand $237 billion, Bangladesh $36 billion and Pakistan the lowest at $25 billion.

Pakistan’s IT industry has potential to become the largest export industry. The Prime Minister should invite the leaders and young entrepreneurs of this industry to determine what help and support, they need to lift it from a $ 4billion a year to a $20 billion a year industry. With enormous expansion potential, this industry could create several hundred thousand jobs.

CPEC corridor offers a huge potential and could add billions of dollars to exports. A competent trade team should be set up in the federal government to help and guide international investors to avail tax and other benefits from SEZs. Meanwhile, trade pacts need to be renegotiated to ensure $1 import is matched with $1 export.

The IMF has recently agreed to lend $54 billion to Argentina — a frequently defaulting country. Greece owes 700 billion Euros to the EU. If Pakistan seeks IMF assistance, then it should take a leap forward and ask for at least $30 billion repayable over 20 to 30 years. This can also be done by incorporating World Bank and ADB in these efforts. This will help meet urgent payments and provide funds to invest in education and healthcare. Improved education and healthcare would grow the economy and produce new and young self-employed entrepreneurs.

The income tax regime is dismal with just one million filing tax returns. Pakistan’s tax collection is amongst the lowest in the world i.e. around 10-11% of GDP. The salaried class pays high tax rates and the common man bears the brunt of indirect taxation while businesses pay little or no taxes.

To increase the tax base in addition to bringing clear legislation on taxes from Services, Agriculture, Wholesale and Retail Sectors, it should be made mandatory for every adult earning over a certain amount to file income tax return irrespective of whether the income is derived from agriculture, salary or business. Agricultural income can stay tax free for now, but eventually it must be made taxable. It is unfair that one person deriving income from salary pays 30% tax and another person deriving the same income from agriculture pays no tax. Mandatory filing will enable the authorities to track the source of income and assets and make it harder to conceal income and assets. A single page, easy-to-fill-out tax return should be introduced which can be filed physically in person or online. To encourage non-filers, a 15% flat rate Income Tax should be introduced across the board. The business community has been the most negligent in paying taxes, a one-time window of opportunity should be allowed to everyone to pay 15% tax for each of the last ten years with no questions asked. This opportunity should be widely advertised and publicized and the window should remain open for six months. A well- publicized campaign of benefits for filers and punishment for non-filers could increase the number of tax filers’ manifold. After the six-month window closes, any non-filers detected should be punished severely and even have their assets confiscated.

The tax recovery is needed to bring at least to Rs 7 trillion. Currently in 2018 it has amounted only to Rs 5 trillion.

Real estate is probably the largest untaxed business in Pakistan; profits are made by buying and selling properties without paying taxes. A five per cent federal property transfer tax on all property transactions above Rs 1.0 million should be imposed. Those who buy land to build or buy property to reside in should be given a full refund upon production of completion certificate or proof of owner occupation. This tax can generate billions of rupees and help bring those into the tax net that operate under the radar. A forensic department within the FBR should track transactions from CNIC numbers used in property transfer and registration.

Corruption is rampant amongst tax officials; to discourage this, there should be substantial incentives for tax officials that catch defaulters, so that instead of pocketing money, they collect for the exchequer and also benefit personally. Any tax official caught taking bribes should be punished severely, so others are dissuaded from this practice.

State-owned Enterprises are a constant burden on the exchequer. Political interference, overstaffing and incompetent management has turned PIA from once being one of the best airlines in the world to a barely existing, debt-laden and loss-making one. Better financial and professional management can bring PIA back to profit within a couple of years. Airlines from the Gulf operate over 600 flights a week to Pakistan, whereas PIA and private airlines operate barely a handful of flights. There is an immediate need to revisit the CAA’s open skies policy to a one-for-one flight. It is not enough to limit privatization to banking sector but it should be extended to PIA and Steel Mill as well if needed. However with an instance of PIA now the privatization process needs to be looked again in the line of Bilawal Bhutto advice that where they can be corrected through restructuring first they should be done so first of all through this process. This can provide some relief to the workers and economy at the same time.

However where due the Privatization should proceed on a fast track basis and dispute resolution with Etisalat relating to PTCL’s 26% sale needs an urgent solution. Sale of the remaining PTCL shares and holdings in already privatized assets can generate several billion dollars.

Pakistan’s solution to energy independence does not solely dependent on building dams but it lies in wind & solar energy, Solar technology is now available worldwide; China copied US technology and is now the largest producer of solar tiles. Pakistan should obtain one-time technology transfer and produce solar tiles locally. A country that produces nuclear weapons can also produce wind turbines. All future energy projects should be restricted to hydel with small dams, solar and wind only to reduce import costs of LNG, oil and gas.

Pakistan’s economy can be pulled out of its current morass and substantial funds can be generated in foreign & local currency with reforms and better economic management. An honest, hardworking and visionary leadership can turn Pakistan’s fortunes around within two to three years.

The state’s interest is supreme and if we don’t look out for our country’s economic interests, no one will. 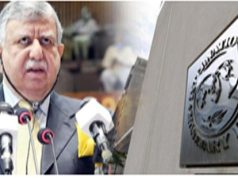 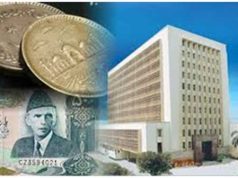