Currently Kashmir is highly bleeding with actions of Modi government whereas PTI government is acting like UK government in Second World War whenever they have to retreat by saying that they are doing so respectfully with a strategy.

Everyone knows that The Kashmir dispute dates from 1947. The partition of the Indian sub-continent along religious lines led to the formation of India and Pakistan. However, there remained the problem of over 650 states, run by princes, existing within the two newly independent countries. In theory, these princely states had the option of deciding which country to join, or of remaining independent. In practice, the restive population of each province proved decisive. The people had been fighting for freedom from British rule, and with their struggle about to bear fruit they were not willing to let the princes fill the vacuum.

Because of its location, Kashmir could choose to join either India or Pakistan. Maharaja Hari Singh, the ruler of Kashmir, was Hindu while most of his subjects were Muslim. Unable to decide which nation Kashmir should join, Hari Singh first chose to remain neutral. But his hopes of remaining independent were dashed in October 1947 when due to Indo Pak conflict Muslim tribesmen were knocking at the gates of the capital Srinagar. Than Hari Singh appealed to the Indian government for military assistance and fled to India. He signed the Instrument of Accession, ceding Kashmir to India on October 26.

Indian and Pakistani forces thus fought their first war over Kashmir in 1947-48. India referred the dispute to the United Nations on 1 January. In a resolution dated August 13, 1948, the UN asked Pakistan to remove its troops, after which India was also to withdraw the bulk of its forces. Once this happened, a “free and fair” plebiscite was to be held to allow the Kashmiri people to decide their future. India, having taken the issue to the UN, was confident of winning a plebiscite, since the most influential Kashmiri mass leader, Sheikh Abdullah, was firmly on its side. An emergency government was formed on October 30, 1948 with Sheikh Abdullah as the Prime Minister. On January 1, 1949, a ceasefire was agreed, with 65 per cent of the territory under Indian control and the remainder with Pakistan. The ceasefire was intended to be temporary but the Line of Control remains the de facto border between the two countries.

In 1957, Kashmir was formally incorporated into the Indian Union. It was granted a special status under Article 370 of India’s constitution, which ensures, among other things, that non-Kashmiri Indians cannot buy property there.

However fighting broke out again in 1965, but a ceasefire was established that September. Indian Prime Minister, Lal Bhadur Shastri, and Pakistani President, M Ayub Khan, signed the Tashkent agreement on January 1, 1966.They resolved to try to end the dispute, but the death of Mr Shastri and the rise of Gen Yahya Khan in Pakistan resulted in stalemate.

In 1971 a third war, resulting in the formation of the independent nation of Bangladesh (formerly known as East Pakistan) arrived.  In 1972 Indira Gandhi, the Indian prime minister, and Zulfikar Ali Bhutto, her Pakistani opposite number signed the Simla Agreement, which reiterated the promises made in Tashkent i.e. to respect LOC and to resolve Kashmir issue through bilateral negotiations.

Thereafter both sides kept the Kashmir issue on the back-burner.

The balance of influence had decisively tilted in Pakistan’s favor by the late 1980s, with people’s sympathy no longer with the Indian union as it had been in 1947-48 and 1965. Mrs. Gandhi’s attempted to install puppet governments in state capitals, manipulating the democratic process in the state legislatures, deeply angered the Kashmiris.

With the passage of time the plebiscite advocated by India’s great statesman Jawaharlal Nehru became a dirty word in New Delhi. These developments led many to believe that Delhi has squandered the Kashmiri people’s trust and allegiance.

Than India and Pakistan both tested nuclear devices in May 1998 and both became nuclear power. Again hopes of diplomacy disappeared once the cross-LOC firing in Kargil began during the mid-1990s. The death toll, including both soldiers and civilians, was more than 30,000.

Thus in 1999, in a war limited to one sector, India suffered causalities within its own territory. Despite much pressure from the military and the public, the government decided not to cross the LOC. Pakistan too suffered criticism at home for limiting its war to artillery fire across the LOC and shooting down Indian aircraft. The fear of a full-scale war (with nuclear capability adding a deadly dimension), coupled with precarious economies and the knowledge of what international sanctions could do to them, may have prevailed in both countries.

This forced Pakistani Prime Minister Nawaz Sharif to meet US President Bill Clinton on 4 July to obtain support from the United States. Clinton later revealed in his autobiography that “Sharif’s moves were perplexing” since the Indian Prime Minister had travelled to Lahore to promote bilateral talks aimed at resolving the Kashmir problem and “by crossing the Line of Control, Pakistan had wrecked the [bilateral] talks”.

Than when General Musharraf came in power he gave his own formula. Musharraf 4 point formula showed the willingness of Pakistan for resolution of the Kashmir issue by withdrawing from its historical stance of seeking plebiscite for Kashmiri people according to the UN resolutions. It also said to redraw of the international boundaries or to go for rearrangement of regions. The doctrine of open borders or soft borders was also part of the formula making Loc a porous border so that there could be free flow of ideas and people between the two parts of Kashmir.”

Now in 2019 MODI’S abrupt and illegal move to annex occupied Jammu & Kashmir constitutional status by revoking articles 370 and 35A has brought a moment of truth for Pakistan, the Kashmiri people, India’s ‘secularists” and the world community. Pakistan has had to adjust quickly to this ugly reality. Prime Minister Imran Khan believes his earlier offers of a dialogue, and Pakistan’s self-restraint in last February’s military exchanges, were seen by Modi as signs of weakness and appeasement. He is now committed to advocate the Kashmir cause globally as the Kashmiris’ “ambassador”.

Recall of ambassadors, termination of trade and approaches to the UN and human rights organizations are such initiatives.

Prime Minister Imran Khan has also declared that he will strongly propound Kashmir’s cause in his address to the UN General Assembly (reportedly on Sept 27) and in his meetings with other heads of state and government.

There is no doubt that the Arab and Islamic world is weak, silent and divided on this issue The OIC’s voice has been muted, not only on Kashmir, but even on Palestine, the raison d’être for its creation. Its unity and influence cannot be revived instantly by Pakistan.

Pakistan will need to adopt a clear and politically defensible position on the Kashmiri freedom struggle. On the one hand, it must propagate the legitimacy of the struggle on the basis of international law and the numerous UN resolutions. On the other hand, Islamabad will need to distance itself from proscribed terrorist organizations that may enter the anticipated fray in occupied Jammu & Kashmir. Above all PTI government has to make Pakistan a stable state on economic as well on political fronts so as to support Kashmir’s struggle that is absolutely missing right now. 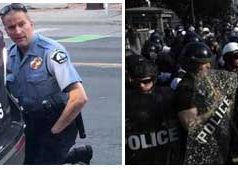