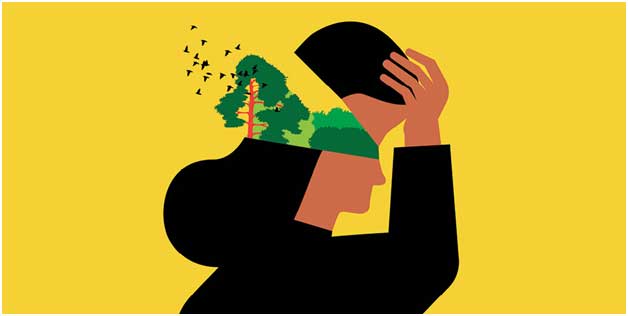 On December 14 – A total solar eclipse will be visible from parts of the South Pacific Ocean, southern South America, and the South Atlantic Ocean. On December 21 – A great conjunction of Jupiter and Saturn will occur, with the two planets separated in the sky by 0.1 degrees. This will be the closest conjunction between the two planets since 1623. On December 31 – Following the United Kingdom’s departure from the European Union, the current transition period for negotiations on a future relationship is set to expire on this date.

But apart from these occurrences, elections in Newzeland, USA, Moldova and Venezuela are going to be held in this quarter. Further tussle of PTI and opposition in this quarter would set the direction of Politics in Pakistan

On October 17 – 2020 New Zealand general election would be held. After the previous election, the centre-left Labor Party, led by Prime Minister Jacinda Ardern, formed a minority coalition government with the New Zealand First party, with confidence and supply from the Green Party. The main opponent to the Labor–NZ First government is the centre-right National Party, led by Judith Collins. ACT New Zealand is the sole other party in Parliament, represented by a single MP. It will be the second general election (the first being 1999) where both major parties have female leaders.

On November 1 – 2020 Moldovan presidential election would be held The President of Moldova is elected using the two-round system; If no candidate receives a majority of the vote in the first round with a voter turnout of at least 33%, a second round will be held. The Republic of Moldova is a landlocked country in Eastern Europe.

On November 3 – 2020 U.S. Presidential elections would be held. Right now, predictions are that Democrat Joe Biden is very likely to beat Donald Trump in the Electoral College. Donald Trump’s illness may shorten the odds of his losing the election Even if the president recovers from covid-19; he is running out of time to close the gap with Joe Biden. These elections are very important from international point of view. In 2016 elections Democrat Hilary Clinton lost due to three states Michigan, Pennsylvania and Wisconsin from Bernie Sanders a left candidate but now these states are secure as they have Democrat Governors. However it is presumed that in case any party looses than the matter would go before Supreme Court on the basis of postal ballots or some other reason. The Supreme Court has now 5 conservative Judges appointed by the Donald Trump and 6th one Emie Connie has been nominated. Most likely on Supreme Court decision even this time, the presidential candidates may decline to surrender and this would add a wave of terror in the US politics.

On December 6 – 2020 Venezuelan parliamentary election would be held. Parliamentary elections are scheduled to be held to elect the 167 deputies of the National Assembly. As of May 2020, during the COVID-19 pandemic, electoral organizations such as the Venezuelan Electoral Observatory and the Education Assembly Electoral Observation Network, assured that there were many obstacles in Venezuela left to surpass before an electoral process takes place by December 2020, including conditions, technological problems and a lack of agreement between political factions, saying that having the elections in 2020 did not appear feasible.

Now coming to Pakistan, its economic downturn amid a changing political-military environment presents a challenging agenda for Prime Minister Imran Khan’s Pakistan Tehreek-e-Insaf (PTI) party as it concludes 2020. With an exceedingly shrinking space for civil society and an emboldened right-wing, Naya Pakistan is turning out to be the same-old Pakistan. Khan’s toughest test is yet to come as he juggles political instability with policy inconsistencies. Pakistanis are facing the erosion of living standards and limited economic growth and will also be tested overseas with escalating confrontations between neighboring India, Iran and the United States, the increasingly imminent withdrawal of US troops from Afghanistan, and the continued potential for large-scale hostilities along Pakistan’s eastern border.

In 2019, the government lost control of its spending and borrowed in record amounts to make up for its failures to mobilize revenues. 2020 opens with high inflation amid an increase in oil prices, contracting deficits, and ongoing structural adjustment. As the implementation of the International Monetary Fund (IMF) stabilization program deepens in its second year, the government will have to enact structural reforms.

Pakistan’s four hot corners are expected to flare up. With China exerting its Belt and Road Initiative (BRI) vertically through the country and India’s Modi government doubling down on its anti-Muslim policies, Pakistanis will need to assert their political and diplomatic muscles against these various proximal threats.

Now in the last quarter the political battle lines have been drawn in Pakistan. Arraigned on one side is virtually the entire opposition spectrum with Nawaz Sharif with his Muslim League (PMLN) and Maulana Fazlur Rehman with his Jamiat Ulema Islam (JUIF) and in the vanguard of a motley crew of other opposition parties, including the Pakistan People’s Party (PPP). On the other side is the Pakistan establishment standing up with its ‘selected’ Prime Minister Imran Khan and his party, Pakistan Tehrik-e-Insaaf (PTI), and his allies who have been corralled together to give him a wafer-thin majority in the National Assembly.

On paper, the opposing sides look evenly matched. But given the power differential and political realities in the Land of the Pure, the lay of the field seems to favor the establishment and its civilian minions, with caveats of course. Therefore, the question lurks: will the two sides plunge into battle, or will the opposition ranks take flight, even disintegrate, before the battle starts, leaving their leaders in the lurch? And, if indeed the 3M opposition alliance (Mian, Maulana and PPP) takes on the 2M axis (establishment and its Minions), who is likely to prevail? What are the prospects for the 3M forcing the other side to sue for peace? Will it be a stalemate (which too could benefit the opposition)? Or will the opposition be decimated and Pakistan left with a one party rule in which the establishment will rule while maintaining the façade of civilian rule through an obedient, obeisant and obsequious party like PTI?