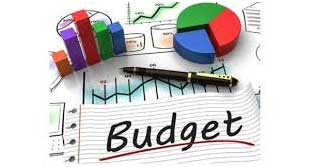 In Pakistan budget year starts from IST July and the budget is announced in the month of June. Before that we get Economic Survey for the year.

However most of the time budget figures remain cosmetic followed by supplementary budgets.

This year the budget can be termed as corona Virus budget.

From the latest data reflected in the chart it looks that on external side Pakistan is comfortable, but since our external debt has swelled to around $ 100 billion, hence its repayments and interest payments nullify all its gains. Total Debt of Pakistan (Domestic and External) is now Rs 43 trillion.

Secondly each budget is mostly covered by debt and defense expenditure with increase in salaries and pensions; hence we have to live with these facts in the coming budget.

After appearance of Corona epidemic Doctors and Para medical staffs have been termed as heroes first time in our history so government would be forced to elevate % of expenditure on health and education sectors currently remaining below 2% of GDP.

At present Global growth is projected at -3.0 % in 2020. For Pakistan, real GDP growth projection varies from negative to positive. IMF estimates are -1.5%.

In wake of Covid-19 government has announced a special package to provide stimulus to construction sector. Package includes amnesty scheme, tax exemptions and Rs. 30 bn subsidy for Naya Pakistan. Manufacturing sector has been given an advance payment of up to $ 25,000 for import of raw materials and spare parts.  Banks have been allowed to lend an additional amount of Rs. 800 bn to businesses and households by cutting Capital Conservation Buffer. Relaxation of one year has been allowed in repayment of principle amount under various refinance schemes. Credit limit to SMEs has been permanently increased to Rs. 180 mn. All businesses which do not layoff their employees during Apr-Jun 2020 will be given loans with up to 5% mark-up. Power Division has released Rs. 144.9 bn up till 20th April 2020 out of allocated Rs. 226.5 bn subsidy to ensure uninterrupted electric supply. Petroleum Division has released Rs. 22.2 bn up till 20th April 2020 for zero rated industrial sectors

However in reviving businesses government has to realize that some businesses would no more exist for ever after corona virus epidemic. Only those businesses would be revived where human distancing can be kept and those who change their business strategies through digital or other means. Hence in budget while formulating support measures to industrial sector this has to be kept in mind.

Resources. Last year on resource side government targeted Rs 3.7 trillion from FBR through Taxes but succeeded in reaching Rs 3.5 trillion only. This year the target would remain Rs 5-6 trillion but would remain non achievable. Hence deficit would be covered through domestic borrowing and external sector borrowings including remittances of $ 20 billion to touch target of expenditure of RS 8-10 trillion. Last year external receipts were Rs 3 trillion.

Other Resources- They include sales Tax, Federal Excise, Custom duty, Gas development surcharge, Royality on Natural Gas, Royality on crude oil, Excise duty on Natural Gas and SBP profit. They amounted with recovery as Rs 2.1 trillion. Now in this situation it is not likely that government may reduce their charges or can provide any flexibility on sales Tax currently at 17% that should be around 10% as per international practice.

Current Expenditure– Last year Defense expenditure was Rs 1.1 trillion. Provincial Share under NFC was Rs 3 trillion. For pension Rs 427 billion were allocated with Rs 327 billion for retired military persons and Rs 94 billion for retired civilians. For debt payments Rs 3 trillion were allocated. For running civil government Rs 431 billion were fixed. So with some other expenses the current expenditure was fixed at Rs 6.1 trillion. Including External debt repayments of Rs 1.1 trillion total current expenditure becomes Rs 7.2 trillion. Apart from this circular Debt to be paid to oil companies supplying oil for the generation of electricity has swelled to Rs 1.7 trillion. The same situation would prevail this year.

Summing up it can be said that due budget would have an outlay of Rs 9-10 trillion with expenditure of the same size but on receipt side it would remain short by Rs 2 to 2.5 trillion i.e. 9-10% of GDP as fiscal deficit. Last year it was 7-8% of GDP. In this situation chances of any structural changes are very little. However an increase in Health and Education expenditure can be expected with increase in salaries and pensions. But these steps must be taken by curtailing current and development expenditure.

Heroes who are fighting against Corona Virus epidemic