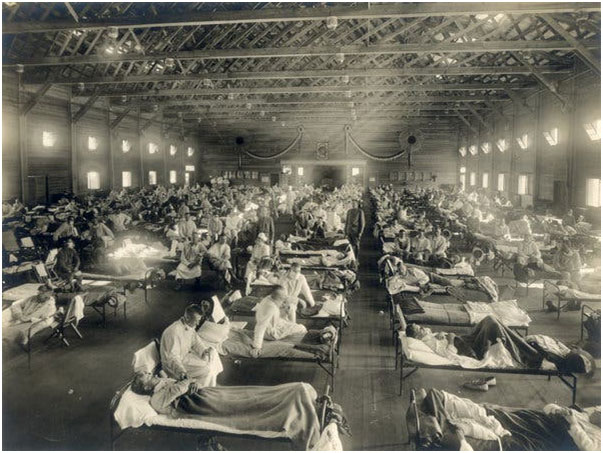 Corona virus is spreading around the world, but there are still no drugs that can kill the virus or vaccines that can protect against it. However different information’s are in circulation that they have been created to depopulate the world. But the facts are otherwise.

If we go in to our 3000 years history we see 235 epidemics. Some time it inhaled lot of population even in millions and even maximum part of population of a country as one can see through given chart. But with passage of time and with human desire to live and struggles these epidemics always subsided.

These epidemics have always occurred without seeing one’s religion or geographical location so this time as well it would evaporate with care and struggle of all human beings living on this planet whatever their religion and beliefs are. Further though scientists have different views but it is proving that around 25 degree temperature epidemics get mild and above 30 degree it vanishes. Examples are Wuhan where it survived when temperature was around 10 but it started diluting when it got above 25. In Pakistan some days back when temperature was around 10 it was flourishing but now it is on decline with increase of temperature. UK, Europe, USA, Canada and some other countries where temperature is below 10 it is flourishing. But with the coming time when temperature would go up the epidemic would vanish.

Currently world population is around 8 billion. In worst case scenario 10 to 40 million people can be affected. But be sure that would never happen and most probably first vaccine would come from the side of China within one to 3 months and it would get away with the seasonal change.

Currently more than 20 vaccines are in development for corona virus. One has begun human trials after unusually skipping any animal research to test either the safety or the effectiveness of the vaccine. Other scientists are at the animal research stage and hope to get the results of human trials later in the year. It means, realistically, one would not be ready until at least the middle of next year. However the first COVID-19 vaccine in China is expected to be ready for clinical trials by the end of April, according to Xu Nanping, China’s vice-minister of science and technology. Inovio Pharmaceuticals plans to begin clinical trials on a corona virus vaccine in April this year. But even if scientists can celebrate having developed a vaccine this year, there is still the massive job of being able to mass-produce it.

An old idea for fighting infections if it works is also the blood plasma of people who have recovered from covid-19. That can be used to protect health-care workers and help sick people get well. The possible therapy is based on a medical concept called “passive immunity.” People who recover from an infection develop antibodies that circulate in the blood and can neutralize the pathogen. Infusions of plasma — the clear liquid that remains when blood cells are removed — may increase people’s disease-fighting response to the virus, giving their immune systems an important boost. The approach has been used against polio, measles, mumps and flu. The history is this has been used in 120 years in medicine, and its well-known.” the treatment, called “convalescent plasma,” could provide short-term relief to a medical system that faces a surge of patients, with no approved drugs or vaccines.

As for treatment one drug is Chloroquine that needs to be tested for corona virus treatment in the US as announced by The President of the United States, Donald Trump.

Garlic is another healthy food suggested by W.H.O that may have some antimicrobial properties. However, there is no evidence from the current outbreak that eating garlic has protected people from the new corona virus.

Further antibiotics do not work against viruses, they work only against bacteria. However, if you are hospitalized for the 2019-nCoV, you may receive antibiotics because bacterial co-infection is possible.

Currently Thermal scanners have been found effective in detecting people who have developed a fever (i.e. have a higher than normal body temperature) because of infection with the new corona virus. However, they cannot detect people who are infected but are not yet sick with fever. This is because it takes between 2 and 10 days before people who are infected become sick and develop a fever. However other methods are under process to find a solution to detect it within 5-10 minutes.

As regards peak times of corona virus epidemics it varies country to country. Chief medical officer for England said he currently expects the UK would reach the peak of its corona virus outbreak in 10 to 14 weeks’ time. Cases of corona virus could rise to a peak in May or June, according to … with the virus at the same time at the peak of a corona virus epidemic. China on 26th March has said the peak of the current outbreak of novel corona virus disease (COVID-19) in the country is over, new cases keep declining and the overall epidemic situation remains at a low level in China, In France Spain Italy it may take 3 to 4 weeks. In Pakistan with its current arrangements 23rd March to Mid of April are important.

So get relax, don’t believe on conspiracy theories, take care of you by keeping distance with others and mostly remaining at home, washing your hands with soaps again and again and avoiding junk foods or foods from outside.