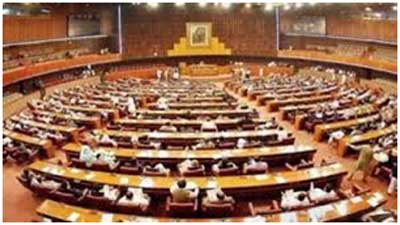 The article has been written in order to brief about Governor State Bank of Pakistan in current IFSB meeting.

The sudden outburst of new technologies has brought about many changes to the way traditional banking has operated. One main change is the rise of branchless banking services which has brought forward completely new propositions encompassing not only new and improved services, but also serves a more technologically-savvy customer base – one that is very much dependent on using the internet and mobile technology.

Unlike any generation previously, have little or no desire for physical branches to provide them with banking services. They demand direct access and immediate response to their needs without having to walk into a branch. They are an age group that relies on mobile wallets and social media platforms to conduct their banking transactions without compromising on privacy and security, and thus producing a digital footprint in banking services.

Through digitization, banking is now provided at the customer’s doorsteps. These services include access to financials, instant view of transactions and statement of account, payments, transfer of funds, handling end-to-end loan life cycles, and many more.

Digitization not only helps the banks delight their customers and achieve higher customer retention, but it also helps in reducing costs, hence pushing the growth further.

This new way of banking epitomizes customer outreach based on convenience and relationship building powered by technology, and banks worldwide are responding by strengthening their internet and mobile platform offerings to offer digital-only banking services to meet the differentiated needs of their customers.

Digital banking is all the rage with a growing number of banks striving to make their products and services accessible via different devices and available on different platforms.

Research shows that there is not much of a difference between the preferences of Muslims and non-Muslims regarding digital banking services. But, the Islamic banking sector has been lagging behind in adopting deep and transformative digitization strategies compared to its conventional counterpart. For many Islamic banks, this is considered rather revolutionary, as in the past, branches had been the first and predominant point of contact with customers.

According to the World Islamic Banking Competitiveness Report 2016 by EY, Islamic banks have a much lower customer penetration in digital services compared to conventional banks. Although, the industry is quite young, some Islamic banks are expanding their digital offerings quite quickly, however, most of these banks are still a long way from becoming truly digital as currently, many of them only offer some basic online services.

Their digitization efforts need to catch up fast. Like their conventional peers, Islamic banks too have no choice but to embrace the next-generation of technologies and transform the way they do business to attract tech-savvy customers. Ultimately, for Islamic banking, the use of technology is no longer an option, it is a necessity. To create the best digital footprint, the Islamic banking industry must begin to look outside the box.

According to a recent World Bank statistics, more than two billion people around the world are still unbanked, and about half of them are in the Muslim world. Technology is the answer to more inclusive banking, as the new generation of technologies break down all physical barriers.

While high costs have kept away Islamic banks from serving the unbanked populations, with the arrival of low-cost mobile and internet technologies, it is easier for Islamic banks to serve greater number of customers in remote areas, and offer digital banking services to ever-larger populations in the Muslim world.

Technology plays a large role in enhancing financial inclusion. It makes banking cheap, simple, compliant, fast, secure, available anywhere and at all hours, so as to reach the majority of people in various regions in a consistent manner. The perception that digital adoption still mostly comprises educated, affluent, and urban people is no longer correct.

Given the global ubiquity of digital channels, it is advantageous for Islamic banks to leverage on technology to differentiate themselves by developing their own propositions, enhance customer reach and provide seamless and hassle-free banking experience.

The Islamic banking industry has developed rapidly over the last few years, with Islamic banks proliferating in number and in geographic reach. While this success should be lauded, it should not lull Islamic banks into contentment, as the continued growth of the industry will depend in part on innovations and customer satisfaction.

Therefore, Islamic banks cannot realistically expect to grow further if they lag behind their conventional peers in digital services. Given that millennial have a clear preference for conducting their banking services on digital platforms, digital banking could become a significant client segment for Islamic banks, and an important tool in becoming customer-centric. Hence, the adoption of next-generation technologies is no longer a choice, but an absolute imperative for Islamic banks to continue to gain market share.

Not only Islamic banks should undertake digitization initiatives in the areas of mobility and e-banking; they should broaden their focus towards gaining predictive insights using analytics. The more granular the insight, the better Islamic banks will be able to target their communities with innovative and relevant product offerings. The constant digital interaction between Islamic banks and their customers is particularly valuable as it provides insights into key demand drivers of banking services such as customers’ attitudes and needs. Islamic banks can leverage on customer data, which would in turn support tailoring of specific banking products. In a relatively new and fast-growing market such as Islamic banking, such information is invaluable as it would enable Islamic banks to better gauge customer preferences for Sharia-compliant services.

Artificial intelligence is taking on the center stage in banking, and will challenge the traditional banking model and create immense potential for innovations.

AI was created to pursue two goals: Improving the understanding of human behavior, and making people’s lives easier, so it will to not only simplify banking for a specific behavior pattern, but it will do so for millions of people who have very diverse banking needs. The fact that artificial intelligence is able to recognize so many different patterns makes it so revolutionary and attractive.

Besides analyzing financial behaviors to tailor the services desired by their customers, for Islamic banks, using artificial intelligence will help them reduce inefficiency in their internal processes, reimagine and restructure operating models, as this powerful tool is capable of identifying issues to make adjustments much sooner than is possible today, thus increasing accuracy and eliminating multi-pronged efforts.

The explosive growth of new technologies has created the perfect platform for the expanded use of artificial intelligence in banking services. The benefits of artificial intelligence are widespread, reaching back office operations, compliance, product delivery, risk management, customer care, and marketing to name a few. It is garnering universal appeal because of its ability to build knowledge at high speed, understand natural language, and run operational processes in a fully compliant fashion.

In tomorrow’s clever banking, taking advice on a Sharia-compliant investment from a machine is just the beginning in the relentless march of technology disruption.