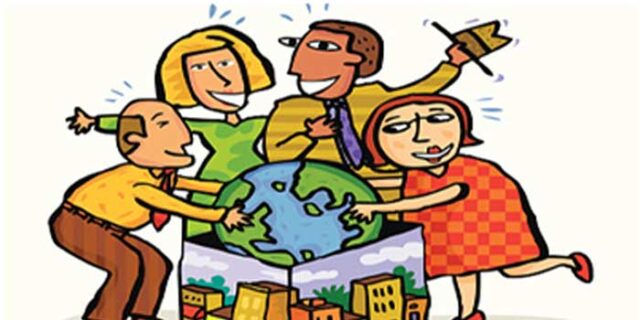 Now a day’s province of Punjab the largest in population is in mess. HamzaShahbaz its CM is in troubles with various cases in courts and he is trying to be a powerful CM

The Punjab province is the country’s most populous region and is home to the Punjabis and various other groups. Neighboring areas are Sindh to the south, Baluchistan and Federally Administered Tribal Areas to the west, the Khyber Pakhtunkhwa (formerly North West Frontier Province (NWFP)), Azad Kashmir, Indian Jammu, Kashmir, Ladakh and Islamabad to the north, and Indian Punjab and Rajasthan to the east. The main languages are Punjabi and Urdu and the provincial capital is Lahore. The name Punjab literally translates from Persian into the words ‘Panj’ (پانج) five, and ‘Aab’ (آب) water respectively, which can be translated as “five water” (hence the poetic name land of the five rivers), referring to the Beas, Ravi, Sutlej, Chenab and Jhelum rivers. Part of the Indus river also lies in Punjab, but it is not considered one of the “five” rivers.

A fundamental paradox of Punjab’s politics is the coexistence of competitive electoral Contests with a deeply held belief among the electorate that the political system is Extremely uncompetitive. The highly competitive nature of Punjab’s elections can be seen from the fact that a 5 percentage-point swing against incumbent parties in the coming Election, all else equal, can topple as many as 30% of the national assembly seats in the Province. A resolution of this paradox is provided by the claim that the political class in Punjab is heavily dominated by dynasties, held together by ties of blood and marriage that impede the participation of non-dynastic aspirants to public office. Proponents of this View argue that, while Punjab’s politics appear competitive as members of dynastic Factions aggressively compete against each other using different party platforms, they are simultaneously uncompetitive because the dynasties, and the pursuit of their interests, Trump other concerns in political party, public policy and development-related matters.

To what extent does the evidence support this view? Addressing this and other questions related to dynastic politics in Punjab, using a unique and original database of familiar linkages among the top three contestants in provincial assembly races in all elections between 1970 and 2008 and then 2009 to 2023 are 341members with PML N as 188 and PTI as Dynastic politicians’, electoral candidates who had multiple family members contesting national or provincial elections in Punjab between 1970 and 2023 Our aim here is to provide key facts about

What are the key facts about dynastic politics in Punjab? The first is that, over the past three decades, dynastic politicians belonging to approximately 400 families have been Instrumental in shaping policies, programs and legislation that have impacted the lives of 176 million Pakistani citizens. On average, approximately two-thirds of the elected legislators and around half of the top three contestants in the national assembly elections in Punjab, between 1985 and 2023, were dynastic . A related fact is that dynasti-cism has remained remarkably stable over this period, which testifies to the incredible resilience of this enterprise. For example ancestors of Shah MehmoodQureshi belong to Multan, Punjab to a wealthy, political and prominent Sufi Muslim family. His family claims to be of saintly lineage and caretaker of the Shrine of BahauddinZakariy. Another Makhdoom Syed YousufRazaGillani belongs to an influential Sufi Muslim family of Multan. He is a descendant of the Sufi saint Sayyid Musa Pak ShahidGilani.

It is also a fact that dynastic organizations in Punjab are held together by ties of blood and Marriage. The organizational form of politics that has emerged in Punjab is a hybrid with political party apparatuses being built on an edifice of dynastic families and their networks rather than political party machines organized around ideology, ethnicity, class and/or programmatic platforms. While analysts typically focus on the dynastic nature of the high command of political parties, these results suggest that dynasticism is deeply rooted in constituency politics.

Dynastic families enjoy tremendous power in the political system because of the fact that being “dynastic” substantially increases the chances of winning an electoral contest.

It is also a fact that dynastic families in Punjab have been successful in making the generational transition, which suggests that they are not only resilient but also relatively stable enterprises that owe their success to more than just the personal ability of their first-generation politicians.

The presence of this structure has a number of important implications for politics in Punjab, which we will discuss after challenging some conventional myths about dynastic Politics in the province. The first myth is that the composition of families that constitute the dynastic pool is stagnant. This is not true. There was a substantial infusion of new entrants into the dynastic pool after the elections of 1985 and 2023. What is true?is that a large share of these individual non-dynastic entrants into politics thrived and formed successful dynastic families in their own right. This suggests that the emergence of a new pool of politicians may not imply a weakening of the dynastic system of politics and, instead, may only result in the replacement of one set of dynastic families by another.

The second myth is that dynasticism is integrally tied to feudal or landed power. This is a gross oversimplification of the changes that have taken place in Punjab. While we do find that the number of dynastic contenders among the top three candidates in electoral races is higher in the more landed and unequal southern and western regions of Punjab, the presence of significant dynasticism is also found in the less landed and more equal central-eastern districts of the province. In fact, there is considerable evidence to suggest something else In fact every dictator from Musharraf to Imran Khan were able to get a significant number of dynastic politicians to defect and form the Pakistan Muslim League), in 2002, providing this new party 2008 and onward General Elections But now segregation is overspread with PML N PPP and JUIwith a solid base of ‘electable’ candidates that could be relied upon to deliver victories in their constituencies. We find that the proportion of dynastic contenders in the PML, which average around 50% in 2002 and 2023 was more than 20 percentage points higher than the incidence of dynasticism found in the Pakistan People’s Party (PPP) and Pakistan Muslim League-Nawaz (PML-N) during these years

.These are questions that the leadership of the main political parties has struggled with during the recent process of distributing party tickets. These questions have no simple answer, which is, perhaps, why many parties appear at a crossroads.

On the one hand, there is ample reason for parties to be reluctant about moving away from their traditional reliance on dynastic politicians, as doing so would require the presence of a party-based vote that may be difficult to mobilize, given the weakness of existing party Organizations. The vicious cycle that reproduces dynastic power also makes it difficult to break free of it. Lowering the barriers to entry for non-dynastic political aspirants would also increase the costs of organization for Punjab’s political parties, forcing them to invest in building party machines that may or may not be able to deliver votes as effectively as the dynastic candidates. These factors provide strong reasons for the continued reliance on Dynastic politicians. Imran Khan has less electable than PMLN, PPP and JUI.

On the other hand, the investment in building organized, non-dynastic and non-familial political party structures could deliver much higher electoral returns, if not in the present, then certainly in the future. Looking ahead, it is possible to identify a few sources of Change that could potentially lead to a decline in dynastic politics in Punjab and give rise to the need to build organized party machines.

Report of US intelligence council on central Asian States

Faiz Ahmed Faiz a legendary Poet of Our Time