As of 3rd May latest on corona Virus

·Yemen’s southern separatists early on 26th April declared self-rule of the country’s south as a peace deal with the government crumbled, complicating a long and separate conflict with the Houthis who control much of the north.

The Southern Transitional Council (STC) accused the government of failing to perform its duties and of “conspiring” against the southern cause, and said self-governance had begun at midnight. The government condemned the move and said the separatists — who have long agitated for independence in the south — would be responsible for the “catastrophic and dangerous” outcome.

But the country isn’t celebrating yet. Over the past few days, newly diagnosed infections have been in the single digits. And on Monday, New Zealand reported just one new case. “That does give us confidence that we’ve achieved our goal of elimination, which never meant zero but it does mean we know where our cases are coming from,” Ashley Bloomfield, New Zealand’s Director General of Health, said on Monday, adding that there was only one case since April 1 where authorities were still investigating the source of infection. New Zealand reported a decline in new corona virus cases for the fourth consecutive day. The country is still tightening its border restrictions Monday was the final day of almost five weeks of strict level four lockdown measures, which New Zealand’s Prime Minister Jacinda Ardern described as “the strictest constraints placed on New Zealanders in modern history.”

·Taking the sting out of vaccine delivery 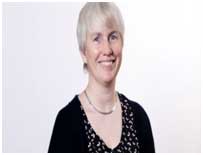 Dr Anne Moore of US says that I am working on delivery systems for vaccines that either use micro needles, where you put a patch on your skin and the vaccine gets delivered painlessly that way, or else the vaccine can be taken orally, by mouth. Yes, I have collaboration with a biotechnology company in San Francisco called Vaxart. Their vaccine is in a tablet that you swallow. We know this induces great mucosal immune responses, such as in the airways. This is where corona virus replicates, so you want a strong immune response to the virus there. They have shown that this protects humans against influenza virus infection and are now developing their platform for SARS-CoV-2.

·The real King Khan of Bollywood, Irfan Khan has died in Mumbai after battling medical complications arising from a colon infection.  Subsequently Actor Rishi Kapoor has also passed away at a Mumbai hospital on 29th April.

Irfan death was confirmed by his close friend, filmmaker Shoojit Sircar by saying “My dear friend Irfaan. You fought and fought and fought. I will always be proud of you. We shall meet again,” wrote Sircar.Further according to Hindustan Times, Rishi’s brother Randhir Kapoor confirmed that the 67-year-old actor fought a two-year-long battle with leukemia and passed away at the Sir HN Reliance Foundation Hospital in Mumbai.

·Despite infecting more than three million people around the world, there are still 34 countries and territories that have yet to report a single case of the novel corona virus.

These include Comoros, Lesotho, Tajikistan, Turkmenistan and tiny far-flung island nations in the Pacific, such as Nauru, Kiribati and the Solomon Islands. As of April 20, 213 countries and territories of the 247 recognized by the United Nations have seen at least one case of the Covid-19

A German company working with US pharmaceutical giant Pfizer has begun human trials of a potential Covid-19 vaccine that could supply millions by the end of the year, according to the two firms. Pfizer says it will begin testing the experimental vaccine in the United States as early as next week, and says a vaccine could be ready for emergency use in the fall, the Wall Street Journal reported on 28th April.

Russian Prime Minister Mikhail Mishustin has tested positive for Covid-19 and will self-isolate. Mishustin confirmed his test results in a videoconference with President Vladimir Putin, and nominated his deputy to take over for him as acting Prime Minister

·Remdesivir has been shown to speed up recovery times for patients with Covid-19 in a major US led trial, becoming the first drug with proven benefit against the disease.

Remdesivir is an experimental, broad spectrum antiviral made by US pharmaceutical Gilead Sciences that was first developed to treat Ebola, a viral hemorrhagic fever

As of 3rd May latest on corona Virus

·Sind Governor Imran Ismail has tested positive for the novel corona virus, he announced on Twitter late on 27th April.

“I have just been tested Covid-19 positive, Inshallah will fight it out,” he tweeted. He said Prime Minister Imran Khan had taught his workers to fight the most difficult situations in life. “I believe this is nothing against what we are prepared for,” he wrote.

· A survey has shown that more than 80pc of mosques in Punjab and the federal capital did not implement the agreement reached between the government and Ulema regarding the first Taraweeh congregations on 24th April Friday.

The survey, conducted by the Pattan Development Organization, used a standardized checklist that consisted of four of the 20 points of the agreement. These are that Taraweeh should not be conducted on roads and footpaths, there should be a six feet distance between worshippers on all four sides, people should not do ablution in mosques and they should wear face masks while coming to mosques.

·Chief Minister Mahmood Khan visited Hayatabad Medical Complex to condole the death of Dr Mohammad Javed who passed away on Saturday morning after being affected by Covid-19 in the line of duty, said an official statement.

Mahmood Khan showed solidarity with the doctor community and offered fateha for eternal peace of the departed soul.

·WELL-KNOWN cleric Maulana Tariq Jameel has made a disturbing assertion that Covid-19 has been unleashed on humanity because of the ‘wrongdoing of women’. During a televised prayer, the maulana condemned women for dancing and for how they dress, saying these “immodest actions” has brought the Almighty’s wrath upon the country.

These remarks were made during the Ehsaas Telethon fundraising event, in the presence of the prime minister and top broadcast journalists. In the same prayer, the maulana also cast aspersions on the media for “disseminating lies”, but later apologized for that particular remark on account of having “spoken too much”. No such apology was made for his offensive comments about women.

“My corona virus test has returned positive. I have quarantined myself in my house,” Qaiser announced in a tweet. He urged the nation to take precautions and sought their prayers. Qaiser’s son and daughter have also been tested positive for the virus.

· A soldier of Pakistan Army embraced martyrdom in Azad Jammu and Kashmir (AJK) due to unprovoked ceasefire violation by Ind­ian troops along the restive Line of Control (LoC), the military’s media affairs wing confirmed on 30th April.

·As more cases of the novel corona virus and deaths were reported across the country on 30th April, the health ministry data suggests that over 150,000 people will be infected with the deadly virus by May 30.

According to the government data, there will be 52,695 corona virus cases in the country by May 15 and the number will increase to 158,852 by May 30. Moreover, the data of actual cases is around four per cent less than the estimated data, so if cases are reported with the current pace, there will be around 150,000 cases by May 30. The data shows that there will be 1,324 deaths by May 15, but since the actual number of deaths is 20pc lower than the projected number, if mortality rate continues with the same pace, around 1,050 people will die by May 15.

· Following the successful recovery of the nation’s first corona virus positive patient in March and the donation of his plasma for the treatment of critically-affected people through passive immunization, the Sind government on 30th April allowed three hospitals in the province to carry out clinical trial of the process experts believe could become a breakthrough for the treatment of people affected by Covid-19.

The federal government in the first week of April approved clinical trials of the plasma therapy.

·Karachi is likely to experience a heat wave from May 5 till May 8, according to the Pakistan Meteorological Department’s (PMD) forecast on IST May. 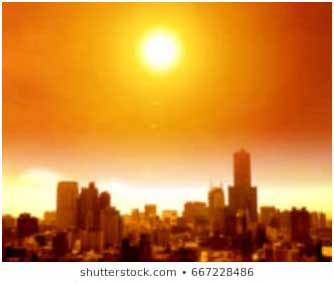 As per a heat wave alert issued on the PMD website, the daytime temperature will range from 40 to 42 degrees Celsius during this period.

The share of oil and petroleum products in the total import bill shrank massively to one-fifth in March 2020 as refineries shut down temporarily due to full reservoirs and demand dropped significantly under the nationwide lockdown imposed to contain the corona virus pandemic. Earlier, the share of oil and petroleum products in total imports had been one-fourth in first eight months (July-February) of the current fiscal year ending June 30, 2020, according to the Pakistan Bureau of Statistics (PBS). The import of crude oil – the raw material for refineries – dropped 42% to 444,670 tons in March 2020 compared to 766,911 tons in the same month of previous year.

Taking to Twitter, Minister for Planning, Development and Special Initiatives Asad Umar said this was the third successive month inflation had declined. He said: “Consumer price inflation fell to 8.5pc in April. It’s the 3rd successive month of sharp decline in inflation, with CPI dropping by more than 6pc in last 3 months.