As of 4th April latest on corona Virus

Russia on 28th March claimed it has created a drug, based on the ant malarial Mefloquine, to treat patients suffering from the corona virus, known as COVID-19. The drug prevents virus replication in cells and as a result stops the inflammatory process caused by the virus, the Russian Federal Biomedical Agency said in a statement. Veronika Skvortsova, the agency’s head, said Mefloquine has to be combined with antibiotics for the maximum effect, allowing increase in the concentration of antiviral agents in blood plasma and lungs. “This will ensure effective treatment of patients with various degrees of corona virus infection,” Skvortsova said.

There was a “massive and criminal escape attempt” at the Bogota’s La Modelo prison, one of the country’s largest and most overpopulated prisons, Justice Minister Margarita Cabello said in a video address. That incident resulted in the deaths and injuries. Cabello said there also were “revolts at different penitentiary centers in the country.”

With the world focused on the corona virus pandemic and North Korea insisting it has not had a single Covid-19 case, the isolated state has carried out four such firings this month.

A number of sensitive sites including the presidential palace compound, the school and an airbase close to Sanaa airport were hit, and loud explosions were heard across the city, residents said. The coalition said the operation was aimed at destroying “legitimate military targets including Houthi ballistic batteries which threaten civilian lives”. Houthi-run Al Masirah news said 70 horses were killed and 30 wounded in strikes on the military school. Two civilians were wounded in the capital Riyadh where a curfew was in place amid efforts to combat corona virus, state media said on 29th March.

In one of the incidents late 29th March, the insurgents killed at least six soldiers and 13 police and pro-government militiamen at several outposts near a police headquarters building in northeastern Takhar province, provincial police spokesman Khalil Assir told AFP. A wedding party was being held in the building at the time, but the attackers did not reach the headquarters. “The police bravely defended and prevented the Taliban from entering the celebration,” Assir said. 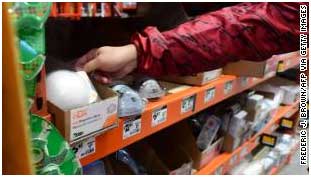 Masks may actually increase your corona virus risk if worn improperly; surgeon general warns “There is no specific evidence to suggest that the wearing of masks by the mass population has any potential benefit. In fact, there’s some evidence to suggest the opposite in the misuse of wearing a mask properly or fitting it properly,” Dr. Mike Ryan, executive director of the WHO health emergencies program, said at a media briefing in Geneva, Switzerland, on 30th March .President Donald Trump said on 3rd April his administration will soon release nationwide recommendations on wearing face masks after initially telling Americans they weren’t necessary to prevent the spread of corona virus. But a top health adviser on his team strongly cautioned that masks should not lull Americans into a false sense of security that would lead them to abandon social distancing guideline

Wuhan, capital of Hubei province, was once the epicenter of the now global pandemic and was subjected to the strictest curbs on movement and business. The virus is believed to have emerged from a seafood market in Wuhan last year and the city accounted for about two-thirds of China’s total number of infections. New cases, however, have declined dramatically in the city and the rest of the country, prompting the easing of curbs that have been in place since January 23. Reuters asked several Wuhan residents to share their experiences with the millions of people across the globe now in some form of lockdown or isolation. Their advice? Stay united, stay indoors and “add oil”, a Chinese saying that means stay strong.

Now he has officially been confirmed as the world’s oldest man after he celebrated his 112th birthday.

Dr Hans Kluge said age is not the only risk factor for getting a severe case of the virus that has put billions under lockdown and upended the world economy. “The very notion that Covid-19 only affects older people is factually wrong,” he said at an online news conference in Copenhagen. “Young people are not invincible.” The comments echoed similar statements from WHO Director-General Tedros Adhanom Ghebreyesus.

A team at the University Of Pittsburgh School Of Medicine in the United States said they were able to move quickly in developing a potential Covid-19 vaccine after working on other corona viruses that cause Severe Acute Respiratory Syndrome (SARS) and Middle East Respiratory Syndrome (MERS). “These two viruses, which are closely related to SARS-CoV-2 [the new corona virus causing the Covid-19 pandemic], teach us that a particular protein, called a spike protein, is important for inducing immunity against the virus,” said Andrea Gambotto, an associate professor at Pittsburgh. “We knew exactly where to fight this new virus.” When tested in mice, the prototype vaccine, which the researchers have called PittCoVacc, generated what they described as “a surge of antibodies” against the new corona virus within two weeks.

The world’s top oil exporter has already made plans to boost its crude supply and exports sharply after the collapse earlier this month of a three-year deal between the Organization of the Petroleum Exporting Countries and other producers, led by Russia. The rise in crude oil exports will be “starting from May by about 600,000 barrels per day,” the official said. “This increase came as a result of displacing crude with natural gas from the Al-Fadhili gas plant as a fuel for generating electricity,” the official said.

The economic fallout from the corona virus pandemic could drive an additional 11 million people into poverty in East Asia and the Pacific unless “urgent action” is taken, the World Bank warned in a report released Monday. The bank’s baseline forecast projects that regional growth could slow to 2.1% in 2020, compared to estimated growth of 5.8% in 2019. However, under its worse case projection, the region’s economy could contract by 0.5%, creating the potential for an extended crisis. In China, the epicenter of the corona virus outbreak, the bank projected a decline in growth to 2.3% in the baseline forecast for 2020. In the worse case, China’s growth would almost disappear entirely at 0.1%, down from 6.1% in 2019. In an attempt to militate against the economic shock, the World Bank has pledged to provide $14 billion in financial support to developing countries and deploy up to $160 billion over 15 months to protect the poor and vulnerable.

As of 4th April latest on corona Virus

Speaking at a press conference the recovered patient of corona virus, Yahya Jaffery, his parents and renowned hematologist Dr Saqib Ansari sought the government’s permission to proceed with the use of plasma for the treatment of patients. “We need no funds, no machinery or workforce as our own hospital is ready to offer its services free of cost,” said Dr Ansari. “The process of acquiring and processing of the plasma costs Rs20,000 each and the hospital is ready to bear the cost for the good of humanity. Currently our team is working on three fronts to handle the corona virus pandemic: limit the outbreak, treatment of patients and control panic in society.” He lauded young Mr Jaffery and called him a “hero of the nation” and also praised his parents for their courage and resolve against the pandemic. Talking about the recent advancement, he said that with several antibiotics and other therapies, the plasma of those recovered patients affected by the virus in the past was being used in several parts of the developed world. 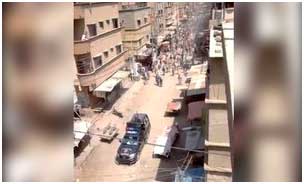 Karachi police have arrested the Imam of the mosque in Karachi’s Liaqatabad area who tried to hold Friday prayers and defy government orders. The police said that two policemen were manhandled by the residents after they were provoked against the law enforcing agency, adding that the policemen were saved after a citizen provided shelter to them.

Hyderabad now has 43 cases of Covid-19, out of which 36 cases were confirmed among the Jamaat members, according to Meeran Yousuf, media coordinator to the Sind health and population welfare minister. Yousuf said the cases were reported from Noor Mosque, where some 200 Jamaat members were initially quarantined. Noor Mosque is the second-largest centre of the Jamaat in Sind after the one in Karachi. The mosque was sealed off after a 19-year-old Chinese-origin member of the preaching group staying there tested positive for Covid-19 on Friday. 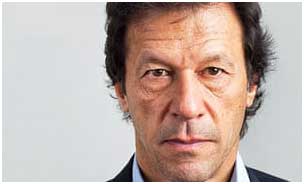 Taking to Twitter, Prime Minister Imran urged the nation to come forward and donate to the fund. “[The fund] will be used to take care of all those who have been made destitute by the lockdown,” he said to participate, citizens can send their donations to account number 4162786786 at the National Bank of Pakistan, Main Branch Karachi. For further details, citizens can visit the official website set up for the relief fund.

·Sind High court overturns convictions in killing of American journalist Daniel Pearl now government has decided to file an appeal against this decision and all freed have been rearrested.

Sind High Court on 2nd April overturned the death sentence and murder convictions of four men believed to be involved in the killing of US journalist Daniel Pearl in 2002. The men had all been in prison for 18 years. Three were handed life sentences. A fourth, British national Ahmad Omar Saeed Sheikh, was awaiting the death penalty. The high court of Sind vacated Sheikh’s murder conviction and reduced his death sentence to a seven-year prison term for kidnapping. His seven-year sentence will now be counted from the time served. It’s unclear if all four will be immediately released. Pearl, who was working as the South Asia bureau chief of the Wall Street Journal, was in Karachi reporting on Pakistani extremists and “shoe bomber” Richard Reid when he was kidnapped by militants. 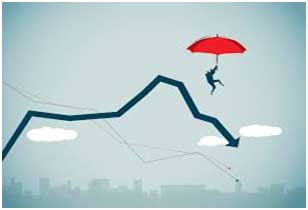 Provisional figures showed the FBR collected Rs325bn in March against the projected target of Rs525bn, showing a shortfall of around 38 per cent or Rs200bn. On a year-on-year basis, collections during March fell by around 12pc or Rs45bn against Rs370bn raise during the same month last fiscal year. Owing to the massive fall in collections during the month under review, the government is unlikely to achieve its revised full-year revenue target by end of this fiscal year.

World Bank and federal government on 3rd April signed an agreement under which the former would provide $200 million to help the country improves its corona virus response, said Economic Affairs Minister Hammad Azhar. According to news apart from Pakistan World Bank has provided such aid to Afghanistan by $ 100 million and to India by $ 1000 million.