As of 7th June latest on corona Virus

There are three broad approaches being investigated:

The latest clinical trials of remdesivir, an antiviral drug originally developed to treat Ebola, have been encouraging.

As countries around the world consider when and how to ease restrictions, attention is being focused on the best ways to avoid second or even third waves of Covid-19 infections.

·Trump fled to bunker as protests over George Floyd raged outside White House. Later US President Donald Trump on 2nd June taunted state governors for not embracing his proposal to send in the US military to quell unrest; hours after five officers were shot and wounded in an escalation of tensions between law enforcement and crowds protesting the killing of a black man in police custody. Protests would continue in cities nationwide ahead of demonstrations planned for Saturday i.e. 6th June. 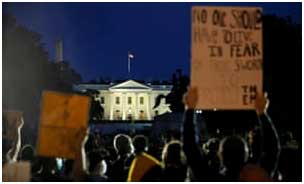 Donald Trump was taken to the secure White House bunker, usually reserved for times of war or terrorist attacks, in the midst of noisy protests on Friday about the killing of George Floyd by police, and sporadic clashes close to the presidential complex’s perimeter. Demonstrators smashed windows and looted stores in New York City late on Monday, including luxury retailers on Fifth Avenue, and set fire to a Los Angeles strip mall. Four officers were shot and wounded in St Louis and one in Las Vegas who was critically wounded, authorities said.

From Auckland, New Zealand to Rio de Janeiro, Brazil to Berlin, Germany, protesters around the world took to the streets to show solidarity with demonstrators in the US over the death of George Floyd while in police custody.

Nearly 24 hours after launching from Florida, SpaceX’s Crew Dragon capsule delivered NASA astronauts Bob Behnken and Doug Hurley to the International Space Station on 31 May, marking the first US space capsule to do so with a crew since 2011. The space station’s current crew welcomed them aboard with hugs and handshakes on schedule at 1:25pm EDT, after executing a critical spacecraft docking milestone and kicking off the crew’s potentially months-long stay in the orbital laboratory. Applause could be heard from the station’s downlink to mission control in Houston, Texas as Behnken, 49, and Hurley 53, became the first American astronauts launched to the station from US soil in nearly a decade.

Mullah Yaqoob, the son of Mullah Omar–founder of Afghan Taliban, has taken over as interim commander following disagreements among members of the group over the leadership, after a number of senior Taliban operatives fell ill to corona virus, according to Afghan sources. The supreme leader of the Afghan Taliban has contracted COVID-19 and has possibly died while receiving treatment, according to Taliban officials. Confirmation that Mullah Haibatullah Akhunzada had contracted the virus, which has stricken a number of senior Taliban leaders, came Monday from a senior military official of the Islamist movement, Moulawi Muhammad Ali Jan Ahmed.

Hundreds of thousands of Yemenis face what experts fear could be one of the world’s worst corona virus outbreaks, raising concerns of a staggering death toll after the United Nations began cutting aid to the war-torn nation. The cuts came after UN appeals for $2.42 billion in funding fell short by about 50% this week.

“Our heroic forces have full control of Greater Tripoli right up to the city limits,” Mohamad Gnounou, spokesman for the forces of the Government of National Accord (GNA), said in a Face book post. The announcement came after GNA forces retook the capital’s civilian airport on Wednesday, more than a year after losing it in Haftar’s initial drive on the capital.

As of 7th June latest on corona Virus

·Tip of the iceberg: Covid-19 numbers may be 20 times worse

As reports that suggest Punjab’s novel corona virus situation may be over 20 times worse than official figures, a meeting of province’s cabinet panel tackling the issue ended in an argument between its members. A cluster testing exercise in Lahore has suggested the number of people infected with Covid-19 in the city may be as high as 670,000 or almost seven per cent of its entire population. But when the province’s health secretary tried the stress the gravity of the situation in the meeting, he received a strong rebuke from certain provincial ministers who disputed the veracity of the figures.

Prime Minister Imran Khan has said despite rising infections and deaths, the country would need to learn to “live with” the virus to avert pushing tens of millions living on daily wages into destitution. Now, a Reuter’s review of government data shows over 20,000 cases of the virus were identified in the three weeks before the lockdown was lifted, and more than double that figure were identified in the three weeks since.

· Crashed PIA flight ‘black boxes’ to be examined in France

Work on the flight data recorder and cockpit voice recorder from a Pakistan International Airlines flight that crashed in Karachi has begun on June 2. The recorders — commonly known as “black boxes” — were recovered after the flight, PIA 8303, crashed in a dense residential area adjacent to Jinnah International Airport in Karachi on May 22, killing all but two of the 99 people on board. The French air safety investigation authority for civil aviation, BEA, is the accredited representative for the Airbus 320 aircraft involved in the crash. A French team arrived in Karachi on May 26, according to BEA and flew back to France on June 2.

Naseem has stepped down in order to represent the government in the presidential references filed against Supreme Court judge Justice Qazi Faez Isa. In an official statement, Naseem said: “I’ll represent the federation in the case and therefore I have tendered my resignation as the law minister.” Naseem was appointed as the law minister after he was elected in the 2018 general elections. He had earlier resigned in case pertaining to the extension of Army Chief Gen Qamar Javed Bajwa. Thereafter he again had sworn in as Law Minister. 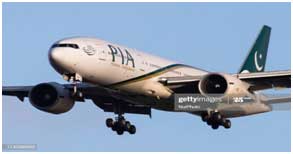 This is a pattern that predictably unfolds after every national tragedy; it has a life of about two to three days and after running its course it automatically dissipates until the next such tragedy. There clearly are multiple systemic flaws in the aviation safety infrastructure in place in Pakistan, these lines up every few months to create the perfect storm. A thorough, professional and impartial investigation into any of the previous six plane crashes that occurred in the country over the last ten years could have prevented future accidents. But instead of ensuring an exhaustive inquiry – along the lines of the FIC – that could identify deficiencies and guide reforms, the government and the people have accepted this new normal where a combination of “shock and grief”, sensationalized media coverage, and dehumanization of the tragedy are used to brush a completely preventable catastrophe under the carpet.

Prime Minister Imran Khan further said on 5th June that he wanted the Corona Relief Tiger Force volunteers to assist the government in its mission to tackle climate change and battle the locust invasion in addition to aiding its response to the Covid-19 outbreak. 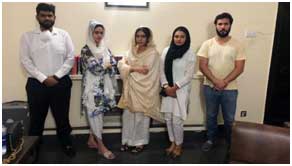 A former member of Uzma’s legal team claimed that the two sides had reportedly reached a settlement which led to the withdrawal of charges, but no official confirmed this on record. Video clips showing violence carried out on the actor and her sister Huma Khan, allegedly by the daughters of property tycoon Malik Riaz Hussain, had sparked outrage and calls for justice on social media earlier this week.

The news was confirmed by Sind Chief Minister Murad Ali Shah, who grieved the loss of his colleague. In a statement, he said: “Baloch died due to the corona virus. He was a brave and diligent member of the PPP. It will be a difficult task to replace him.” In KP, ruling Pakistan Tehreek-i-Insaf’s (PTI) Mian Jamshedud Din Kakakhel died in the morning at Islamabad’s Kalsoom Hospital. Later in the day, PML-N MPA from Wazirabad, Punjab, Shaukat Manzoor Cheema also passed away from the virus

The actor shared a video message to her fans and followers, revealing she’s in Toronto and can’t return to Pakistan until we get our act together.

In an unexpected turn of events, a dust storm accompanied by heavy rain hit multiple areas of Karachi on Wednesday night, following which an emergency was declared at the airport. As many as 12 people were also injured as a result of the winds, while power outages and traffic jams were seen in various parts of the metropolis. At least four people were killed on Wednesday evening as parts of Karachi were gripped by gusty winds accompanied by a dust storm that led to power outages and infrastructural damage.

“The quad copter had intruded 500 meters on Pakistan’s side of the LoC,” said Major General Babar Iftikhar, director general of the Inter Services Public Relations (ISPR), in a tweet, adding that this was the 8th Indian quad copter to be shot down by Pakistan Army’s troops this

The apex court is going to take up a petition on June 9 filed against the PTI led federal government recent decision to sack all the employees of the country’s largest industrial project – the Pakistan Steel Mills (PSM). The Economic Coordination Committee (ECC) of the Cabinet – the country’s top forum for economic decision making – on 3rd June decided to terminate all 9,350 PSM employees, taking a giant but politically difficult step to stop years long hemorrhaging instead of reviving the giant industrial unit.

The inflation rate was 8.5pc in April, and currently stands at 10.94pc for the period from July to May, 2019-20. CPI peaked in January, registering 14.56pc year-on-year. Food inflation, with a weight of 34.5pc in the overall number, was 12.24pc year-on-year for May, while transport inflation was recorded at -7.46pc for the same period.

The International Monetary Fund (IMF) has urged Pakistan to freeze salaries of government employees and adhere to the fiscal consolidation path by showing a nominal primary deficit in the new budget – the two demands that Islamabad finds hard to digest. The IMF is insisting that Pakistan should continue to follow the fiscal consolidation path due to a high and unsustainable public debt that is set to hit 90% of the total value of national economy. The country’s import payments declined to a decade low of $2.85 billion and export earnings rose from multi-year lows to $1.39 billion in May 2020. The significant change in the import and export of goods helped to narrow the trade deficit to $1.46 billion in May compared to the 12-month high deficit of $2.25 billion in the previous month, according to the Pakistan Bureau of Statistics (PBS).

The payments also brou­ght the country’s total reser­ves down to a five-month low of $16.92bn, while dollar holdings of the commercial banks increased by $34 million to $6.558bn.

Banking in Islamic Republic of Iran