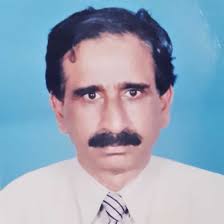 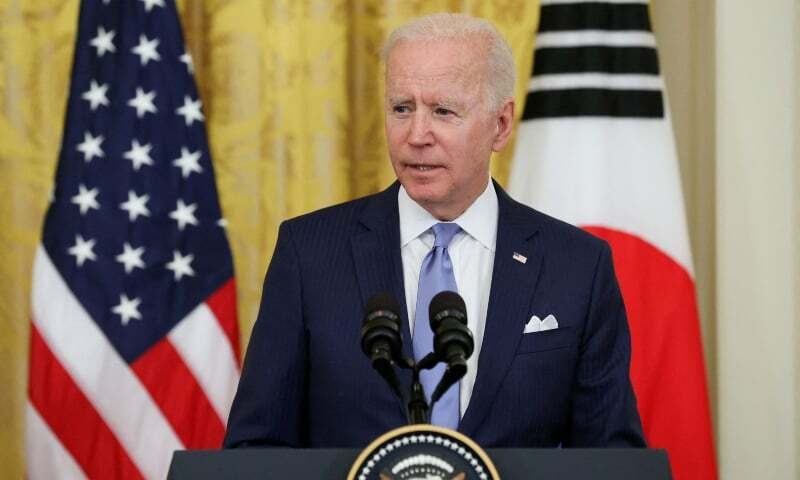 WASHINGTON: US President Joe Biden has now irked Afghans by repeatedly disparaging their country as a “Godforsaken place,” causing Kabul’s Taliban rulers to claim that the American leader was doing so out of frustration.

Last month, President Biden annoyed Pakistanis when he described their country as “one of the most dangerous nations in the world” that possessed nuclear weapons without any ‘cohesion’.

He recounted his several trips to the Afghan war zone as a senator and vice president of the United States, including the one in 2008 when he got stranded in the snow.

On Saturday, Chief Tali­b­an spokesperson Zabiullah Mujahid responded to Mr Biden’s remarks at a news conference in Kabul, claiming that the US leader was doing so in frustration because his party was losing the midterm elections in the US.

“Those making such remarks are doing so out of their frustration and envy for Afghanistan,” he said, adding that since the Taliban takeover in August 2022, peace and stability had returned to Afgh­anistan and the Afghans were “going about with their daily lives normally.”

President Biden withdrew US troops from Afgha­nistan in August 2021, after two decades of war with the Taliban, and the withdrawal led to an immediate collapse of the US-backed government in Kabul.

The Costs of War Project at Brown University estimates the longest military intervention in US history cost Washington about $2 trillion and took the lives of more than 2,400 American soldiers since 2001.

The United States and its Western partners suspended financial assistance to Kabul after the collapse while the Biden administration also imposed banking sector sanctions and froze billions of dollars in Afghan central bank’s foreign reserves. 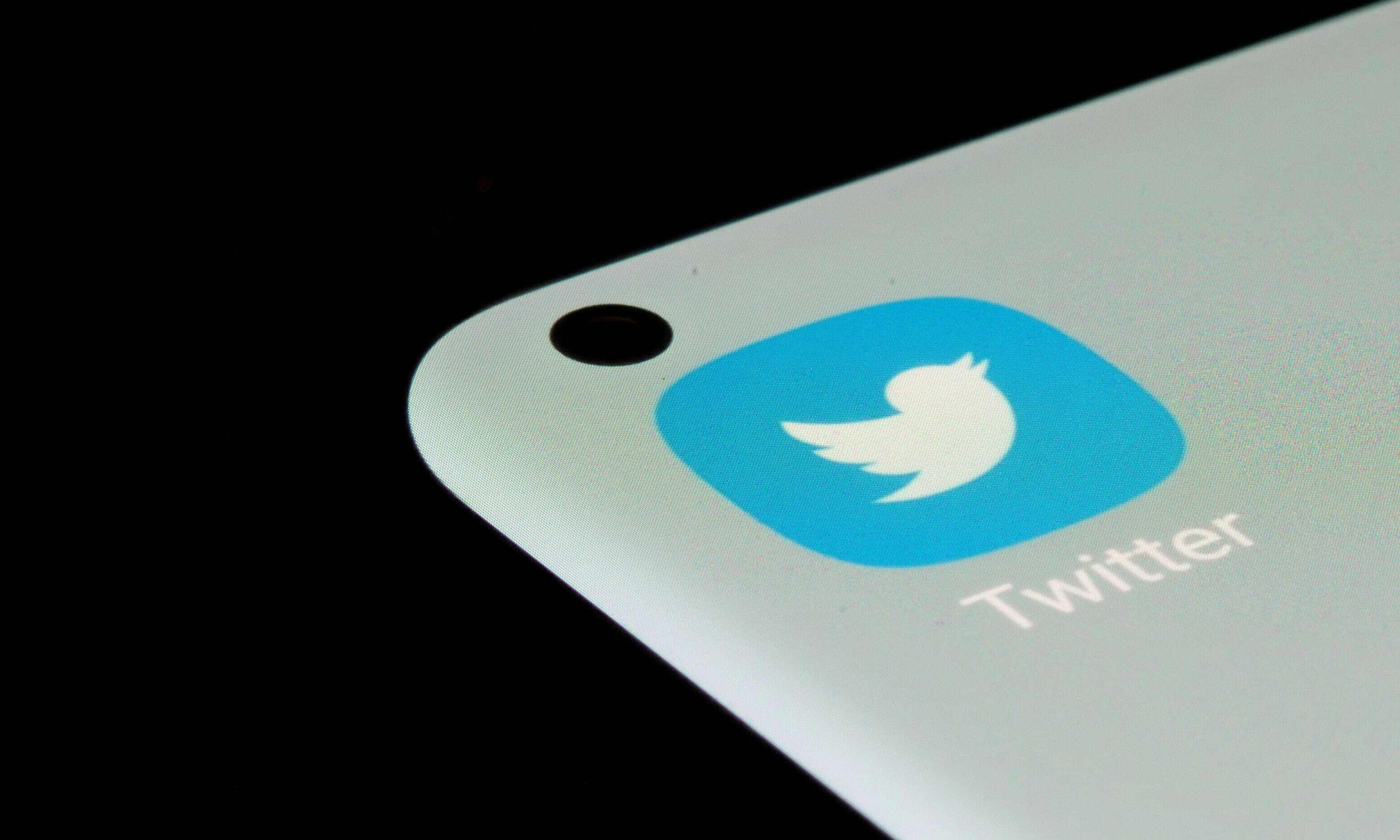 WASHINGTON: Twitter’s new owner Elon Musk has pledged the platform will not devolve into a “free-for-all hellscape,” but experts warn that mass layoffs may deeply impair the social network’s ability to curb misinformation.

Twitter fired roughly half of its 7,500-strong workforce, only days before next week’s midterm elections in the United States, when a spike in fake content is expected across social media. The cuts, which comes after Musk’s blockbuster $44 million buyout of the company, hit multiple divisions, including trust and safety teams that manage content moderation as well as engineering and machine learning, US reports said.

“I would be real careful on this platform in the coming days… about what you retweet, who you follow, and even your own sense of what’s going on,” said Kate Starbird, a disinformation researcher and assistant professor at the University of Washington.

Starbird warned in her own Twitter post of an increased risk of “impersonation” attempts, “coordinated disinformation by manipulators” and “hoaxes that attempt to get you to spread falsehoods.”

SHARM EL SHEIKH: Leaders buffeted by the geopolitical crosswinds or war and economic turmoil meet in Egypt on Monday at a climate summit tasked with taming the terrifying juggernaut of global warming.

Expectations are running high in a world justifiably anxious about its climate-addled future as deadly floods, heat waves and storms across the planet track with worst-case climate scenarios.

The Nov 6-18 gathering of nearly 200 nations in Sharm el-Sheikh will be dominated by the growing need of virtually blameless poor nations for money to cope not just with future impacts, but those already claiming lives and devastating economies.

Without a “historic pact” bridging the North-South divide, “we will be doomed, because we need to reduce emissions, both in the developed countries and emerging economies,” UN chief Antonio Guterres said on Thursday.

Last week the UN warned that “there is no credible pathway in place” for capping the rise in global temperatures under the Paris Agreement target of 1.5 degrees Celsius.

While worst-case projections are less dire than a decade ago, current policies would still see Earth’s surface warm a catastrophic 2.8C, and no less than 2.4C even if countries meet all their carbon-cutting pledges under the Paris treaty.

“There have been fraught moments before,” said E3G think tank senior analyst Alden Meyer, recalling other wars, the near collapse of the UN-led process in 2009, and Donald Trump yanking the United States out of the Paris Agreement in 2016.

“But this is a perfect storm,” dubbed by some a “polycrisis”, said the 30-year veteran of the climate arena. Casting an even longer shadow on negotiations in Egypt than Russia’s invasion of Ukraine, many experts say, is the further erosion of Sino-US relations, which in the past have anchored breakthroughs in climate diplomacy, including the Paris Agreement.

But a Taiwan visit in August by US congressional leader Nancy Pelosi prompted Beijing to shut down bilateral climate channels. Sweeping restrictions imposed last month by the Biden administration on the sale of high-level chip technology to China deepened the rift.

“We are at a watershed moment,” said Li Shuo, a Beijing-based policy analyst with Greenpeace International. “If the politics are so bad that the world’s two biggest emitters won’t talk to each other, we’re not going to get to 1.5C.” A bilateral meeting between US President Joe Biden and Chinese leader Xi Jinping during the G20 summit in Bali days before the talks in Egypt close, should it happen, could move the dial, Li observed.

“That dynamic would play back to Sharm el-Sheikh.” Biden will arrive in Egypt touting the landmark Inflation Reduction Act (IRA), which earmarks nearly $400 billion — and potentially twice that amount — to speed the greening of the US economy.

But legislative elections on November 8 could dampen US bragging rights if Republicans hostile to international climate action take either or both houses of Congress.

A bright spot at COP27 will be the arrival of incoming Brazilian president Luiz Inacio Lula da Silva, who has vowed to aim for zero deforestation in the Amazon, reversing the extractive policies of Jair Bolsonaro, who will step down on January 1. 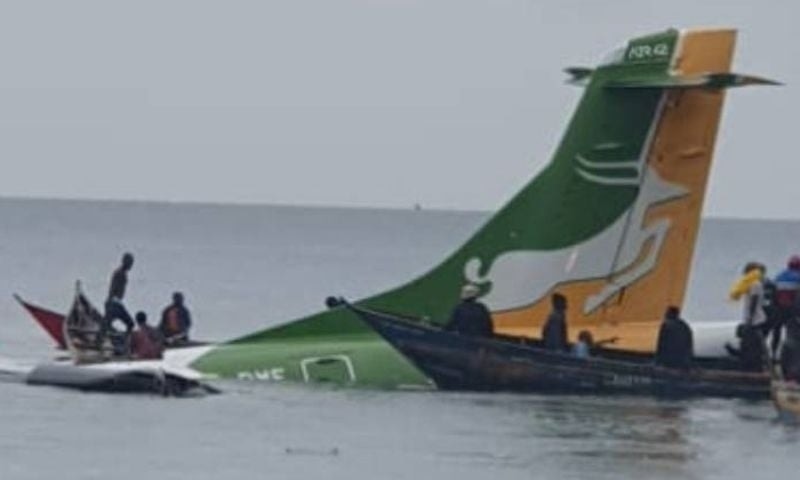 A domestic passenger plane plunged into Lake Victoria in Tanzania early on Sunday due to bad weather shortly before landing in the northwestern city of Bukoba, police said, adding that rescue efforts were under way.

“There was an accident involving a Precision Air plane which … crashed into water about 100 metres from the airport,” regional police commander William Mwampaghale told reporters at Bukoba airport.

No information was immediately available on the number of passengers aboard the plane, but local media reports said around 49 people were on the flight from financial capital Dar es Salaam to the lakeside city.

Islamabad, Pakistan – Imran Khan, the former prime minister of Pakistan, has sustained a bullet injury in his leg after a gunman opened fire at a rally in Wazirabad, in the country’s east.

The cricketer-turned-politician, who was leading a protest march demanding snap elections, was out of danger and taken to a hospital in Lahore for treatment, Azhar Mashwani, an official with Khan’s Pakistan Tehreek-e-Insaf (PTI) party.

A total of 14 people were wounded in the incident, according to doctors, while one of Khan’s supporters, identified as Muazzam Nawaz, died after sustaining bullet wounds.

The identity of the suspect, who was arrested by police at the scene, was not immediately clear. No group has claimed responsibility for the attack.

Footage on local TV channels showed Khan with a bandaged leg moving from his truck to another vehicle with the help of his security team.

Dr Faisal Sultan, chief executive of Shaukat Khanum Memorial Hospital, built by Khan in memory of his mother, said the PTI leader was in a stable condition and conscious.

Imran Khan blames establishment figures for plot to kill him

Tensions escalated in Pakistan on Friday as former Prime Minister Imran Khan blamed establishment figures for a plot to kill him – a claim strenuously denied by governing and security officials.

A day after after he survived a shooting at a political rally outside the town of Gujranwala, Punjab province, Khan gave a rambling speech at a hospital in the city of Lahore where he was recovering from the injuries he sustained. While sitting in a wheelchair, the cricket star-turned-politician cited three senior figures as being behind the attack.

The former Pakistan leader sustained a fracture to his right leg due to stray bullet wounds, Dr. Faisal Sultan told reporters. Sultan displayed X-rays showing the fracture in Khan’s right leg, and bullet fragments that were lodged in two sides of his thigh.

Without offering evidence, Khan blamed Prime Minister Shabaz Sharif, interior minister Rana Sanaullah and Major General Faisal, who is a senior intelligence official. CNN is reaching out to the three men for comment.

Khan first alleged on Thursday that the trio were responsible for the plot, in a statement shared by PTI senior leader Asad Umar, who said he had recently spoke to Khan.

In a televised address on Thursday, Sanaullah rejected the accusation, calling it “grievous.”

The media wing of the Pakistani military condemned Khan’s claims on Friday, calling them “baseless and irresponsible allegations” and threatened legal action.

“No one will be allowed to defame the institution or its soldiers with impunity. Keeping this in view, the government of Pakistan has been requested to investigate the matter and initiate legal action against those responsible for defamation and false accusations against the institution and its officials without any evidence whatsoever,” the Inter-Services Public Relations (ISPR) said. 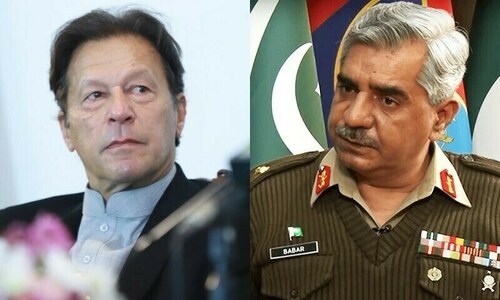 The Inter-Services Public Relations (ISPR) late on Friday rejected the “baseless and irresponsible” allegations by PTI Chairman Imran Khan against the military.

Imran was shot at and injured on Thursday evening when the container carrying the PTI chief and senior party leaders, was sprayed with bullets when the party’s ‘Haqeeqi Azadi’ march reached Wazirabad’s Allahwala Chowk.

The former premier has held Prime Minister Shehbaz Sharif, Interior Minister Rana Sanaullah and a senior intelligence official as being responsible for the bid to assassinate him and demanded they resign.

Addressing the nation for the first time since the assassination attempt earlier today, Imran described the attack in Wazirabad. He especially urged Chief of Army Staff (COAS) General Qamar Javed Bajwa to hold “black sheep” in his institution accountable.

“The baseless and irresponsible allegations by chairman PTI against the institution and particularly a senior army officer are absolutely unacceptable and uncalled for,” the ISPR said in a statement issued hours after Imran’s address.

“The Pakistan army prides itself for being an extremely professional and well-disciplined organisation with a robust and highly effective internal accountability system applicable across the board for unlawful acts, if any, committed by uniformed personnel,” it said.

“However, if the honour, safety and prestige of its rank and file is being tarnished by vested interests through frivolous allegations, the institution will jealousy (sic) safeguard its officers and soldiers no matter what.

“The baseless allegations hurled at the institution/officials today are highly regrettable and strongly condemned. No one will be allowed to defame the institution or its soldiers with impunity,” the ISPR statement added.

The ISPR called on the government to investigate the matter and initiate legal action against those “responsible for defamation and false accusations against the institution and its officials without any evidence whatsoever”.