As of 26th April latest on corona Virus

·Tens of thousands of people defied a nationwide corona virus lockdown in Bangladesh on Saturday to attend the funeral of a top Islamic preacher, even as authorities battle a surge in virus cases.

The estimated size of the crowd was confirmed by the prime minister’s special assistant, Shah Ali Farhad and the Brahmanbaria police spokesman, Imtiaz Ahmed.The funeral for Maulana Zubayer Ahmad Ansari, an Islamic teacher, broke the country’s ban of no more than five people attending prayers at one time, sparking fears of a new corona virus outbreak emerging from the event.

·Thousands of Israelis protest against Netanyahu, two meters apart. However Benjamin Netanyahu and Benny Gantz have agreed on national emergency government in Israel.

The square in the heart of Tel Aviv was measured and carefully marked off. Every two meters, an X designated a spot where someone could stand under Israel’s social distancing guidelines. Protest organizers marked 2,800 spots for protesters to stand Sunday evening. In the end, organizers say twice as many people showed up to protest against Prime Minister Benjamin Netanyahu, with many people standing on the surrounding streets. However Benjamin Netanyahu and Benny Gantz have agreed on national emergency government in Israel

·The Taliban have killed at least 23 Afghan troops and nine civilians, officials said on 20th April, as a fresh wave of violence grips Afghanistan despite a deal with the US and a worsening corona virus crisis.

Under the terms of the US-Taliban deal, the Afghan government and the insurgents were by now supposed to have concluded a prisoner exchange and started talks aimed at bringing about a comprehensive ceasefire but the war is going on with no end.

The United States alleges Iran’s satellite program is a cover for its development of missiles, while the Islamic republic has previously insisted its aerospace activities comply with its international obligations. Tensions between the arch foes escalated last week with the US Department of Defense accusing Iranian vessels of harassing its ships in the Gulf. The Islamic Revolutionary Guard Corps hailed the surprise satellite launch as a “great success”.

The new bat species were announced in a study published 22nd April in a special issue of the journal ZooKeys, focused on the pandemic. Identifying individual species of bats and understanding more about them is crucial to providing a foundation for information related to the spread of diseases like Covid-19.

Indonesia has the world’s largest Muslim population, and tens of millions of people make their way home to celebrate the end of Ramadan each year with families and loved ones, an annual tradition called mudik. But the country is grappling with rapidly rising numbers of corona virus infections and there are concerns that the mass migration home for Idul Fitr– the Indonesian name for Eid al-Fitr, the celebration that marks the end of the month-long Ramadan fast — will spark further Covid-19 outbreaks. To try to prevent the disease spreading further, all holiday travel in the country has been banned, with public transport between major cities suspended from Friday until May 31. Tens of thousands of troops are being deployed at checkpoints to enforce the regulations.

The International Energy Agency previously warned that Ecuador, Nigeria and Iraq could be worst hit, with earnings falling by between 50% and 85% – and that was assuming oil prices of $30 a barrel. Now, it’s less than $20 a barrel and now it has gone in to negative Fuel accounts for 98.5% of Iraq’s export earnings. Saudi Arabia has one of the lowest bills for extracting oil – but its dependence on the commodity means it too could face a funding shortfall of over $100bn. But it’ll benefit oil’s biggest customer, China, which accounts for a fifth of imports and is reportedly stockpiling bargain-basement crude as it fires up its production lines again. On the whole, as the oil price has dropped, the risk of deeper recessions for producers has grown. However, if sustained, the fall could help the recovery in other nations further down the road.

As of 26th April latest on corona Virus

·Some answers from doctors on Corona virus misconceptions

1.How long does the corona virus stay on clothes? Can one catch it from hair or can it penetrate the skin?

It can only enter your body through the mouth, nose and eyes. If the virus droplet lands on your skin or hair, you are safe unless you touch it with your hands and then touch your face without washing them.”

2.Can the virus stay on wallets, purses and handbags? Will my shoes contaminate my home?

carry the minimum amount of items when going outside You can wash your shoes, if they are washable, but bear in mind that touching the soles will bring you into contact with the virus if they carry it would be better to use separate shoes inside and outside the house and to leave the latter outside when you come home

3.Should I wash fruits and vegetables? If so,how? What should I do with plastic bags?

It is ideal to wash them with baking soda if they are ones that need to be peeled before eating.

4. Do Pakistanis really have an immune system strong enough to beat the virus

Most Pakistanis have a weak immune system, contrary to popular belief. 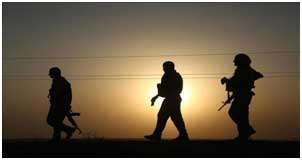 The sources said that the security forces acting on a tip-off about the presence of militants and facilitators in Speenwam raided their hideout on Saturday night. They said the militants opened fire on the security personnel triggering a clash. Five militants affiliated with Hafiz Gul Bahadur’s faction were killed in the incident. Hafiz Gul Bahadur is a militant commander from North Waziristan who fled to Afghanistan along with his men at the time of Pakistan’s security forces’ military operation, Zarb-e-Azb, in June 2014. Havaldar Akbar was martyred while Sepoy Saeed, Sepoy Yasir and Sepoy Shafqat sustained injuries in the attack.

All governments (federal and provincial) are spending money for relief [but] there is no transparency to be seen the chief justice said. The chief justice remarked that the Zakat and charity money given to the government by the people “is not for TA & DA (travelling allowance and dearness allowance) or foreign tours”. Justice Bandial said that according to the report submitted, the government had collected more than Rs 9 billion in Zakat but “nothing has been mentioned about how the money is passed on to the deserving people”. Instead of making quarantine centers, why aren’t [buildings] of schools and colleges being used [for that purpose]?” Justice Qazi Muhammad Amin Ahmed, who is also part of the bench, asked and added: “Why is money being spent on building new quarantine centers? While explaining the rationale behind sealing 11 UCs in Karachi, Sind AG said that by April 12, 234 cases had been detected from the sealed areas, which collectively house more than 600,000 people.

As agricultural incomes have stagnated over the last few decades across South Asia, accompanied now by climate change impacts leading to a frequency of droughts and floods, impoverished labor has flooded urban areas. In coastal areas, the rising sea has made the land saline and infertile, pushing millions into distress, adding to the throng of the impoverished desperately seeking employment elsewhere.

After news broke of Faisal testing positive, Shaukat Khanum Memorial Cancer Hospital CEO Dr Faisal Sultan, who is also Imran Khan’s personal physician, said that the prime minister was currently occupied with a cabinet meeting. “As soon as he is finished, I will meet him and recommend that he gets tested,” he said. “We will follow all protocols in place and make recommendations accordingly.” However after test the report has been found negative. 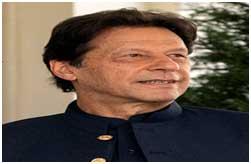 “I have to say, with all due respect, that our government has made a very wrong decision and our ulema have demonstrated extreme insensitivity [akin to] playing with human lives by making the mosques open.”This fight is between the corona virus and doctors, so please listen to us (government and scholars) have held a meeting without including any technical person. “You have drafted 20 SOPs (standard operating procedures). Please tell me, will these SOPs be followed in Pakistan’s mosques? Dr Atif Hafeez Siddiqui also urged religious scholars to “review their decision” to keep mosques open. He pointed out that it took a month for Pakistan to reach 1,000 cases but after relaxations in the lockdown, the number had spiked.

The offer was made in a letter sent to NIH Executive Director Maj Gen Dr Aamer Ikram by the general manager of China Sinopharm International Corp., Li Can, who expressed the hope that “a successful clinical trial in Pakistan will make it one of [the] first few countries for the launch of a Covid-19 vaccine”.

This was stated by experts at the Sind Institute of Urology and Transplantation (SIUT). The institute has been running a corona virus clinic since March 18. So far, 287 people have tested positive out of the 4,596 screened at the clinic. Currently, according to experts, positive cases constitute about 20 to 25 per cent of the total cases (150 to 200) being reported daily. Seven patients have died of Covid-19 till now. “There has been an increase in the number of positive cases. More patients are now [also] reporting with severe illness. This pattern suggests that the next two to three weeks are crucial when the epidemic peaks,” said Dr Sunil Dodani, head of the infectious diseases department at SIUT.

The decision was taken in a meeting to finalize the standard operating procedure (SOPs) for business activity during the month of Ramadan. The meeting also decided that select businesses will be permitted to operate from 9 am to 3 pm from Monday to Thursday. Grocery stores, however, will remain open from 8 am to 5 pm and cooked food deliveries will be permitted from 5 pm to 10 pm and no home delivery will be allowed during Sehri hours.

All leaders took to twitter to wish people a blessed Ramadan, they also urged them to pray at home and maintain social distancing.