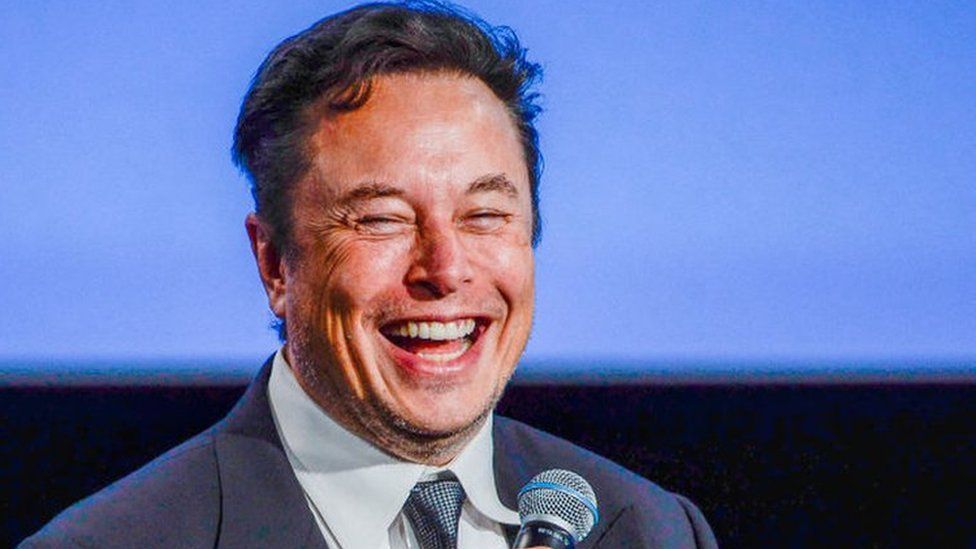 The world’s richest man, Elon Musk, has completed his $44bn (£38.1bn) takeover of Twitter, according to a filing with the US government.

A number of top executives, including the boss, Parag Agrawal, have reportedly been fired.

Mr Agrawal and two other executives were escorted out of Twitter’s San Francisco headquarters on Thursday evening, said Reuters.

The completion of the deal brings to an end months of legal wrangling but it has prompted questions over the platform’s future direction.

A filing was made with the US Securities and Exchange Commission on Thursday, confirming the takeover.

The New York Stock Exchange said on Friday that trading in Twitter’s shares had been suspended, giving the reason as “merger effective”.

Mr Musk, a self-styled “free speech absolutist”, has been critical of Twitter’s management and its moderation policies.

They clashed over the terms of the takeover, with Mr Musk accusing Twitter of providing misleading information about the firm’s user numbers.

He has also said he would reverse bans on suspended users, which could include former US President Donald Trump, who was excluded following the Capitol riot in January 2021.

At the time, Twitter said there was a risk Mr Trump would incite further violence. But Mr Musk has described the ban as “foolish”.

Earlier this week, Mr Musk said that he doesn’t want the platform to become an echo chamber for hate and division. “Twitter obviously cannot become a free-for-all hell-scape, where anything can be said with no consequences!” he tweeted. 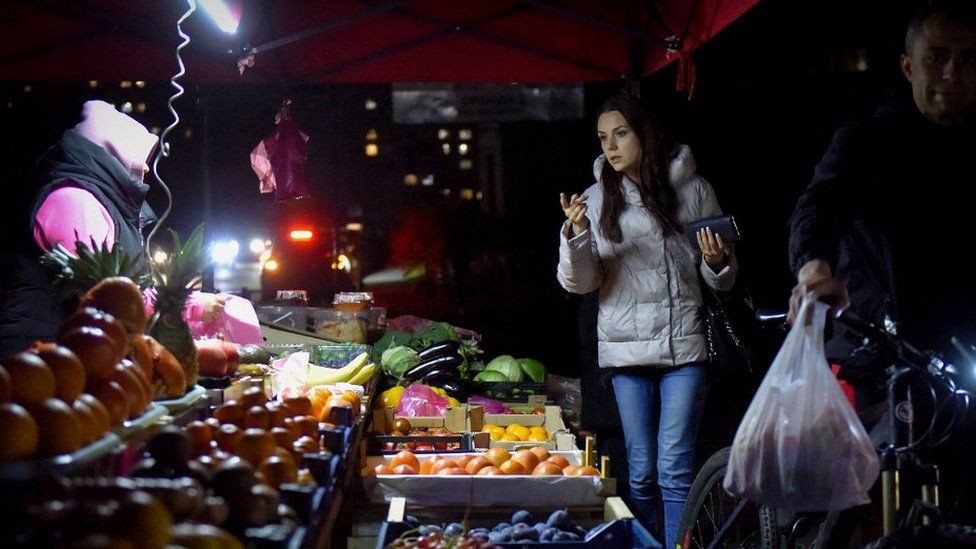 The Ukrainian authorities have warned people in the capital Kyiv to expect longer power cuts, lasting more than four hours, because of Russian attacks on energy infrastructure.

Rolling blackouts are hitting not only Kyiv but also central regions of Ukraine, including the city of Dnipro.

President Volodymyr Zelensky said about four million people were affected but “shelling will not break us”.

This month Russia launched dozens of missiles and Iranian-made drones.

Ukraine’s energy infrastructure is being pounded by the air attacks – Mr Zelensky says about a third of the country’s electric power stations have been destroyed.

The Kyiv region has lost 30% of its power capacity, the private energy company DTEK says, meaning “unprecedented” power cuts will be necessary.

“Unfortunately the scale of restrictions is significant, much larger than it was before,” said DTEK director Dmytro Sakharuk.

The power cuts have meant curbs on the use of street lights and electric-powered public transport, besides the discomfort in people’s homes. 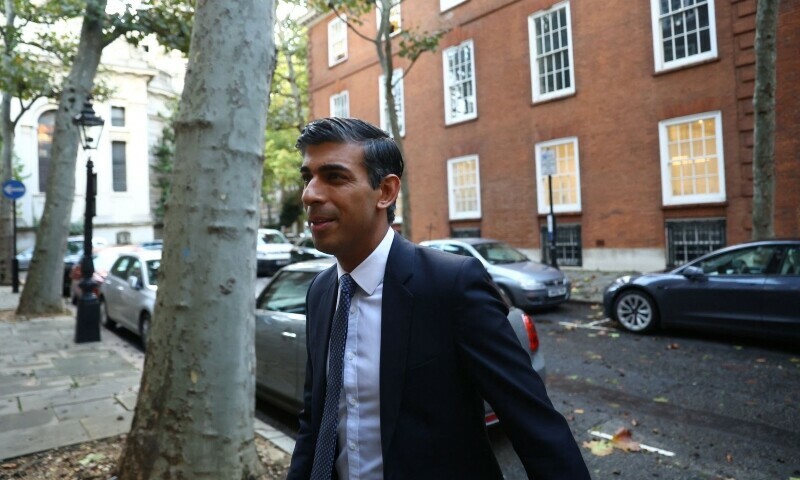 Rishi Sunak will become British prime minister on Monday after other candidates quit the race to lead the Conservative Party, leaving him with the task of steering a deeply divided country through an economic downturn set to leave millions of people poorer.

Sunak, one of the wealthiest politicians in Westminster, will be asked to form a government by King Charles, replacing Liz Truss, the outgoing leader who only lasted 44 days in the job.

He defeated centrist politician Penny Mordaunt, who failed to get enough backing from lawmakers to enter the ballot, while his rival, the former prime minister Boris Johnson, withdrew from the contest saying he could no longer unite the party.

“This decision is a historic one and shows, once again, the diversity and talent of our party. Rishi has my full support,” Mordaunt said in a statement as she withdrew from the race just minutes before the winner was due to be announced. 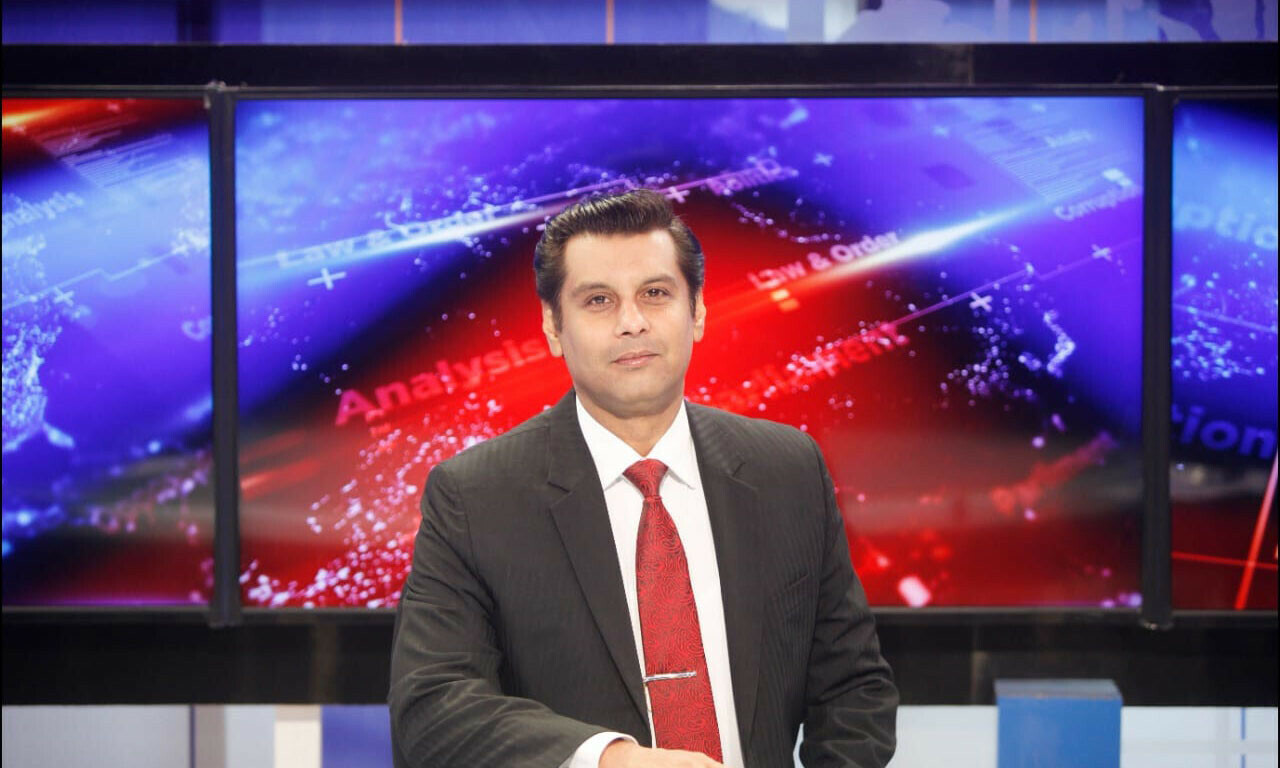 Confirming the journalist’s demise, the Foreign Office said Pakistan’s high commissioner to Kenya, along with other officials, reached Chiromo Funeral House in Nairobi where she identified Sharif’s body.

“Further procedures including police report are awaited,” the statement said.

The high commission would facilitate early return of Sharif’s body to Pakistan, the Foreign Office said, adding that the journalist’s family had been assured of all possible assistance.

Mystery surrounds the circumstances that led to the journalist’s death. Some Pakistani media outlets initially reported Sharif had been shot at but then said he died in an accident. Sharif’s wife later tweeted he had been shot dead.

Initially, Kenyan media quoted the local police as saying Sharif was shot dead by police in a case of “mistaken identity”. It said the incident took place on Sunday night along the Nairobi-Magadi highway.

A statement released by the National Police Service of Kenya later confirmed that the incident occurred last night along the Kwenia farm/Kamukuru Marram road within Magadi, where “a foreigner namely Arshad Mohammed Shariff, a Pakistani national aged 50 years was fatally wounded by a police officer while a passenger in a motor vehicle KDG 200M.

“At the time of the incident, deceased was in company of his brother namely Khurram Ahmed. Incident follows a circulation from Pangani Police of a stolen motor vehicle. The officers trailing the motor vehicle towards Magadi alerted police in Magadi who erected a road barrier,” it said

The police service stated that the deceased’s motor vehicle came upon the police barrier that Sharif’s driver “drove through”. “It is then that they were shot at, fatally injuring late Arshad Mohammad Shariff.”

The Kenyan police further said that it regretted the incident, adding that the competent authorities were investigating the incident for appropriate action.

Talking to the media after visiting Sharif’s house, Information Minister Marriyum Aurangzeb said the journalist was shot at a police checkpoint at an hour’s distance from Nairobi.

“The purpose of this press conference is to inform you about the death of prominent senior journalist Arshad Sharif in Kenya and the circumstances surrounding it,” said DG ISPR in the press conference from Rawalpindi.

At the outset of his press conference, Babar Iftikhar said the purpose of today’s media talk was to shed light on the killing of journalist Arshad Sharif in Kenya and the circumstances surrounding it.

This press conference is being held in the context of presenting facts so that “facts, fiction and opinion can be differentiated”, Babar Iftikhar said, adding that Prime Minister Shehbaz Sharif had been “specially informed” about the sensitivity of the news conference.

Lt-Gen Iftikhar went on to say that Arshad Sharif’s popularity was based on being an investigative journalist and when the cypher — which PTI chief Imran Khan has touted as evidence of a foreign conspiracy to oust his government — surfaced, he conducted several programmes on the issue.

He held several meetings with the former premier and interviewed him, the DG ISPR said. “As a result, it was stated that he was shown meeting minutes and the cypher,” he added.

The facts behind the cypher and the journalist’s death have to be determined, he said

The ISPR DG said then Arshad Sharif and other journalists were fed a particular narrative and an attempt was made to defame Pakistan and the country’s institutions across the world. “In this media trial, ARY News TV channel played the role of a spin doctor in targeting the Army and promoting a false narrative. The NSC meeting was highlighted in the wrong context,” he revealed.

The ISPR chief noted that Arshad Sharif made strong comments regarding the Army during this time but added that “we did not have any negative sentiments about him and we don’t have such feelings now.”

Lt-General Babar Iftikhar also revealed that the Khyber Pakhtunkhwa government on August 5 had issued a threat letter on the directives of Chief Minister Mahmood Khan which stated that a Tehreek-i-Taliban Pakistan (TTP) splinter group may target Arshad Sharif. “In this regard, no info was shared with the institutions who provided them the information.”

He said that when ARY News head Ammad Yousuf, who was arrested in August, it emerged that ARY CEO Salman Iqbal had asked the former to send Sharif abroad as soon as possible.

“On Aug 10, he left Peshawar airport thorough PK-637 for Dubai. He was provided complete protocol by the KP government,” he said, adding that the late journalist was escorted by KP officers to the airport.

“Arshad remained in the UAE until he had a valid visa. He left for Kenya when his visa for Dubai expired.”

He said that no one “forced” Sharif to leave Dubai at a government level and questioned who exactly forced him to leave. He also questioned who processed the journalist’s documents in the UAE, who looked after his accommodation, who forced him to not return to Pakistan and who assured him that he was safe in Kenya.

The DG ISPR went on to say that the name of the ARY CEO was surfacing again and again. “He should be brought back to Pakistan and made part of the probe.”

In an unprecedented move, the ISI chief also made an appearance in today’s press conference — the first time in Pakistan’s history.

“I am aware that you are surprised by my presence,” he said, adding that he had appeared for his institution and the officers who were sacrificing their lives. “As chief of this agency, I cannot remain silent when they are targeted for no reason.”

Lt Gen Anjum said the nation had given him the responsibility to take secrets to the grave. “But when needed and when necessary, I will bring those facts to light”.

Lt Gen Anjum also made the revelation that in March, Gen Bajwa was given a “lucrative offer” for an extension in his tenure. “It was made in front of me. He rejected it because he wanted the institution to move forward from a controversial role to a constitutional role.”

Seemingly talking about former premier Imran, the ISI chief said that while citizens had the right to their opinion, why did “you praise him so much in the past if he was a traitor?”

“If you see him as a traitor, then why do you meet him through the back door? […] Don’t do this where you meet quietly at night through the back door and express your unconstitutional wishes but call [the army chief] a traitor in broad daylight. That’s a big contradiction between your words and your actions.” 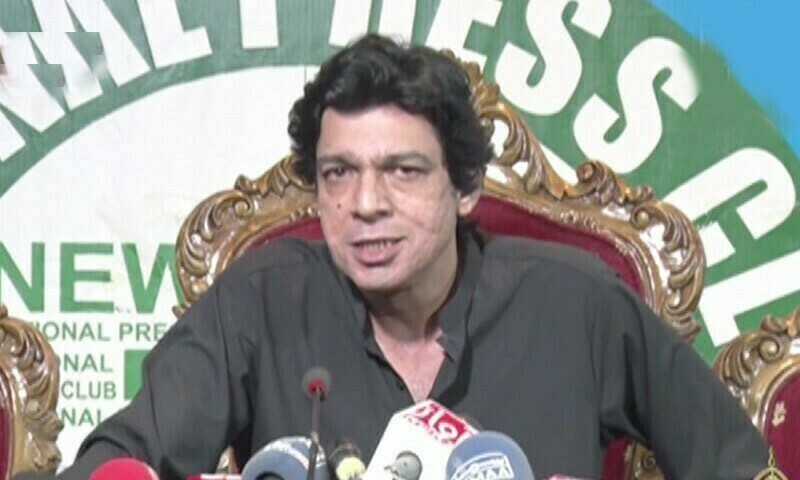 Pakistan Tehreek-i-Insaf (PTI) Chairman Imran Khan on Saturday terminated the basic party membership of Faisal Vawda, days after a contentious press conference that was disowned by the party leadership.

The Wednesday press conference, in which he said the party’s march to Islamabad would be “bloody”, was panned by the party leadership and spurred the issuance of a show-cause notice.

The termination, a letter of which was tweeted by PTI’s official Twitter account today, comes after Vawda failed to “respond to the notice within the stipulated timeline” — that was given to him to clarify his stance.