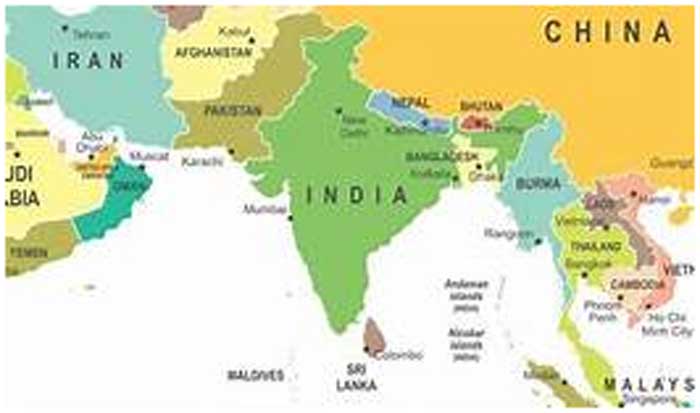 With the hike of petrol prices PTI government claims that still it is better than neighboring countries but while saying this they forget other parameters. Following is the comparative look.

With the pandemic, the Government has been focused on managing the repeated COVID-19 infection waves, implementing a mass vaccination campaign, expanding its cash transfer program, and providing accommodative monetary conditions to sustain economic growth. Grappling with the fourth COVID-19 wave, the Government, as before, implemented micro-lockdowns that successfully limited the infection spread, while permitting economic activity to continue and thereby mitigating the economic fallout. While they have been accelerating, vaccination rates remain low. As of end-September 2021, only around 12 percent of the total population has been fully vaccinated.

The 39-month IMF-Extended Fund Facility (IMF-EFF) is likely to resume in FY22 with the 6th Review mission expected in October 2021. Key reforms supported by the EFF include domestic revenue mobilization, the reduction of power sector arrears, electricity subsidy reform and more central bank operational autonomy, all of which are expected to strengthen long-term growth.

Due to low-base effects and recovering domestic demand, real GDP growth (at factor cost) is estimated to have rebounded to 3.5 percent in FY21 from a contraction of 0.5 percent in FY21. Buttressed with record-high official remittance inflows, received through formal banking channels, and an accommodative monetary policy, private consumption and investment are both estimated to have strengthened during the FY. Government consumption is also estimated to have risen, but at a slower pace than in FY20 when the COVID-19 fiscal stimulus package was rolled out. In contrast, net exports are estimated to have contracted in FY21, as imports growth almost doubled that of exports due to strong domestic demand. On the production side, supported by strong large-scale manufacturing, industrial activity is projected to have rebounded after contracting for two consecutive years. Similarly, the services sector that accounts for 60 percent of GDP is estimated to have expanded, as generalized lockdown measures were increasingly lifted. In contrast, agriculture sector growth is expected to have slowed, partly due to a near 30 percent decline in cotton production on account of adverse weather conditions.

Despite slowing to 8.9 percent in FY21 from 10.7 percent in FY20, headline consumer price inflation remained elevated – mostly because of high food inflation, which is likely to disproportionately impact poorer households that spend a larger share of their income on food items compared to non-food items. With the policy rate being held at 7.25 percent during ist quarter of FY21, real interest rates were negative, supporting the recovery.

The current account deficit narrowed from 1.7 percent of GDP in FY20 to 0.6 percent in FY21 as robust remittance inflows offset a wider trade deficit. Foreign direct investment decreased, while portfolio inflows increased with the issuance of US$2.5 billion Eurobonds. Overall, the balance of payments surplus was 1.9 percent of GDP in FY21, and the official foreign exchange reserves rose to US$18.7 billion at end-FY21, the highest since January 2017 and equivalent to 3.4 months of total imports. Accordingly, the Rupee appreciated by 5.8 percent against the U.S. dollar over the FY, while the real effective exchange rate rose by 10.4 percent.

Bolstered by the recovery in the industry and services sectors and resultant off-farm employment opportunities, poverty incidence, measured at the international poverty line of $1.90 PPP 2011 per day, is expected to have declined to 4.8 percent in FY21 from 5.3 percent in FY20. However, this change is not statistically significant, and downside risks arising from lockdown-induced disruptions to employment and high food inflation remain.

In line with the 25-basis point policy rate hike in September 2021, fiscal and monetary tightening are expected resume in FY22, as the Government refocuses on mitigating emerging external pressures and managing long-standing fiscal challenges. Output growth is therefore projected to ease to 3.4 percent in FY22 but strengthen thereafter to 4.0 percent in FY23 with the implementation of key structural reforms, particularly those aimed at sustaining macroeconomic stability, increasing competitiveness, and improving financial viability of the energy sector.

Inflation is projected to edge up in FY22 with expected domestic energy tariff hikes and higher oil and commodity prices before moderating in FY23. Poverty is expected to continue declining, reaching 4.0 percent by FY23.The current account deficit is projected to widen to 2.5 percent of GDP in FY23 as imports expand with higher economic growth and oil prices. Exports are also expected to grow strongly after initially tapering in FY22, as tariff reform measures gain traction supporting export competitiveness. In addition, the growth of official remittance inflows is expected to moderate after benefiting from a COVID-19 induced transition to formal channels in FY21.

Despite fiscal consolidation efforts, the deficit is projected to remain high at 7.0 percent of GDP in FY22 and widen to 7.1 percent in FY23 due to pre-election spending. Implementation of critical revenue- enhancing reforms, particularly the General Sales Tax harmonization, will support a narrowing of the fiscal deficit over time. Public debt will remain elevated in the medium-term, as will Pakistan’s exposure to debt-related shocks. This outlook assumes that the IMF-EFF program will remain on-track.

Major downside risks include delays and stalling of the IMF-EFF program and the consequent external financing difficulties, exceedingly high domestic demand leading to unsustainable external pressures, more contagious COVID-19 strains requiring widespread lockdowns, and a worsening of regional and domestic security conditions, including those stemming from the Afghanistan situation. All these would delay critical structural reforms.