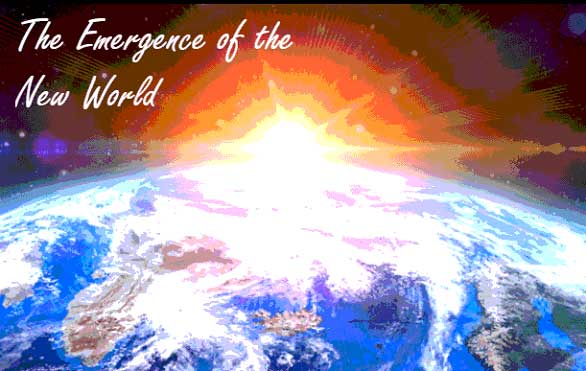 With the emergence of COVID-19 and efforts to have its vaccine, China has crossed every country including USA in supply of vaccine to the world. This has helped its one belt one road and CPEC initiatives and most likely in new world China would be at top.
THE COVID-19 crisis did not start as a financial crisis, but it is morphing into one—and a global one at that. The headlines of 2020 have been dominated by news of the pandemic’s spread, record-shattering falls in output, and surges in poverty and the newly unemployed. Behind these disturbing trends a quieter financial balance-sheet crisis is gathering momentum across a broad swathe of countries. The financial fallout from the pandemic does not respect differences by region or income status. Financial institutions are facing (and will face for some time) a marked rise in non-performing loans (NPLS).
Historically, banking crises emerge after a lengthy expansion in economic activity. Growth is often fuelled by a credit boom and rising leverage. Under the motto of “this time is different”, asset-price bubbles emerge during the biblical “seven fat years” (whether in property, commodities, equity or bonds). As the economic expansion slows and turns into recession, loans made during the good times turn sour. Sometimes balance-sheet problems undermine confidence, and runs on banks and financial institutions turn the crisis into a fully-fledged panic. Households and firms attempt to deleverage after the crisis, even as banks adopt tighter lending standards. If banks resist writing down bad loans in favor of “ever greening”, as was the case in Japan’s crisis in the early 1990s and in Europe after 2007-09, the resulting credit crunch may be longer and more severe, even surpassing the biblical “seven lean years”.
IN THE MIDDLE of the last decade, forecasters predicted a grim future for workers. They promised that automation in the office and robots on the factory floor might permanently destroy millions of jobs. In 2016 one respected analyst predicted that one in six American jobs would be lost by 2025. Yet just before the coronavirus rampaged through the global economy, the OECD, a club of mostly rich nations, was reporting record levels of employment among its member countries.
Instead it was the pandemic, not robots or smart software that caused tens of millions of job losses, and for rather conventional reasons: recession, a decline in consumer spending and companies going out of business. Firms that had invested in advanced technologies, far from laying people off, went on a hiring spree. Amazon, renowned for its cutting-edge acumen, recruited an additional 175,000 people as lockdowns began in March 2020. Netflix, a technology-driven media company, continued to hire throughout the pandemic. Academic evidence on whether artificial intelligence and industrial robots hurt employment remains inconclusive. Predictions of the number of jobs at risk have declined, and in some cases gone negative. A recent European Commission paper suggested that “robot adoption tends to be positively associated with aggregate employment”, and a study by Leslie Willocks, an economist at the London School of Economics, reached a similar conclusion.
COVID-19 IS A test of international cooperation—and it is a test the world is failing. With some notable exceptions, countries have focused on themselves and defined their own strategies, sometimes in contradiction to what their neighbors were doing. We have seen the results. As countries go in their own directions, the virus has gone in every direction. Populism and nationalism, where they prevailed, did not contain the virus and often made things manifestly worse.
Rich countries mobilized resources at unprecedented levels, but much-needed resources are not reaching developing countries, which could face crippling debt and a liquidity crisis. Now, as a new year looms, the challenges are clear: the pandemic response will consume 2021 and the climate crisis will drive the decade. A sensible, sustainable recovery must start now.
THROUGH TRADE wars and pandemics, China remains the world’s workshop. But there is still one vital product its manufacturers cannot make competitively: the microprocessor chips those power smartphones and cloud servers, whose number-crunching underpins the world’s leading companies. In this arena America and its allies, especially South Korea and Taiwan, remain dominant. China is trying hard to catch up. America is trying hard to stop it.
This struggle has intensified in 2021. American officials learned a lot about global microprocessor supply chains during their recent campaign against Huawei, China’s telecoms-equipment giant. The walls they threw up around the company, to cut it off from vital chip supplies, went from leaky to robust. They can now deploy that understanding against China’s nascent chip making industry.
FOR A WORLD that desperately needs to be vaccinated against SARS-CoV-2, the virus that causes covid-19, 2021 will be a frustration sandwich—two thick slices of good news, wrapped around a layer of conflict, delay and disappointment. Policymakers should try to make that filling palatable. Many thousands of lives will depend on their efforts.
The first slice of good news is that the next six months will see lots more new vaccines to complement the successful candidate from Pfizer-BioNTech. That is a testament to the power of scientific collaboration. Vaccines used to take 10-20 years to create, but today there are more than 320 projects, including dozens in advanced clinical trials. What’s more, this work is yielding valuable advances in vaccine research, as teams attack the virus from different angles. Some vaccines take the old-fashioned route of using an attenuated virus. Others, like the Pfizer vaccine, are breaking new ground by, for example, priming the immune system using viral genes. Such vaccines are easier to manufacture at scale. However, as briefed earlier now China is crossing everyone in supply of vaccine to the world.