As always happened in Pakistan the politics of clash and compromise is still on creating chaos. It has tarnished the perception about democracy and off and on debate starts that whether Pakistan can be governed through presidential or parliamentary form of government.

It is always said that in politics you campaign in poetry and govern in prose. Since its inception Pakistan has seen politics of U-turns, compromises, blackmailing and pushing others for making his or her space. Every ruler of Pakistan has done that. They even include Ayub Khan, ZA Bhutto, Benazir Bhutto, Nawaz Sharif and now Imran Khan. They all call their moves as democratic moves but ironically history has proved it otherwise.

Now the PTI, having secured victory in the 2018 general elections and passing its first 100 days is facing the reality of political compromises. With Imran khan as PM and Mahmood Khan and Usman Buzdar ruling KPK and Punjab as chief ministers hold their record far from spotless. Mahmood was accused of transferring Rs1.8 million of official funds to his personal account and Usman Buzdar has a charge of committing a murder long before. Further PTI also has to repay the independents that supported the PTI and gave it the opportunity to form the new government even though the PML-N won more seats in Punjab.

At the federal level, the country is facing steep economic challenges. Even though all parties have agreed to sit in parliament, they are continuing to protest alleged rigging as per their claim. The only ally the PTI has right now is the MQM-P, the BNP-M and various independent parliamentarians. Its majority in the National Assembly is razor-thin and if the combined opposition parties’ stay united they could thwart the PTI in the Senate. Imran Khan and the PTI are about to learn just how difficult it will be to live up to the many promises they have made to the public.

Imran Khan presents himself as ‘Mr. Clean’. He is a favorite of the establishment and the urban middle class, which includes people from peri-urban areas. Over past decades there has emerged a far more nationalist and conservative middle class in Pakistan that is more comfortable with the likes of Khan than Sharif. They are skeptical of Sharif’s agenda to improve relations with India and Afghanistan— two neighbors with whom the Pakistani establishment does not imagine any compromise.

Since 1947-1958 an incipient democracy struggled to assert itself as the specter of dictatorship looms. The first decade after Pakistan’s independence was marked by a struggling democracy trying to impose itself on Pakistan’s landscape.

Ayub Khan was candid about his disdain for parliamentary democracy from the beginning. Ayub took pride in Pakistan being the United States’s ‘most-allied ally’, and installed a political system that strongly mirrored America’s presidential form of democracy. Ayub’s 1962 constitution–which interestingly did not initially include the ‘Islamic Republic’ in its title, envisioned an electoral college of 80,000 people who would elect the President. The Basic Democracies system was in fact a multi-layered and complex system that meant that Pakistan’s president–who inevitably was to be Ayub Khan– would be indirectly elected. This system of indirect elections was moreover born out of Ayub’s belief that the Pakistani ‘mentality’ was not suitable for Parliamentary democracy.

Ayub’s economic policies also made him stand out from his predecessors and from those who would succeed him as Pakistan’s leaders. Ayub harbingered the green revolution in Pakistan and also set Pakistan on the path of unprecedented industrial development. This growth, however, had a tremendous cost since it gave birth to regional inequalities. Pakistan’s famed economist, Mehboob-ul-Haq, for instance, dubbed Ayub’s economic policies ‘the Doctrine of Functional Inequality’ and highlighted the stark inequality that had emerged in Pakistan in the 1960s.

The division of Pakistan in 1971 meant Zulfikar Ali Bhutto and his Pakistan Peoples’ Party (PPP) to governing the country. This was perhaps the best time for civilian politicians to assert themselves over the military since the latter found it humiliated and devoid of pride and public support after the 1971 incident. However, as has become commonplace for our politicians, Bhutto resorted to authoritarian rule that isolated his party cadre, and stifled opposition in the country. Although Bhutto had soared to popularity on his socialist mandate of ‘roti, kapra, makaan’, and he did nationalize many industries in the country, his failure to implement his land reforms and his action against prominent trade unions highlight a sharp dichotomy and dissonance in his ideology.

Than Zia-ul-Haq’s oppressive rule starts to haunt Pakistan’s political and social fabric. Zia abrogated the 1973 constitution, and added the infamous Eighth amendment that had debilitated Pakistan’s democracy for the next twenty years. Zia’s rule also blended a myopic view of Islam with authoritarian rule, which gave birth to many radical movements that plagued Pakistan thereafter.

Zia also took the momentous decision to place Pakistan at the vanguard of America’s war against the Soviet invasion in Afghanistan. CIA and Pakistani funded ‘mujahedeen’ took on Soviet forces in an operation that radicalized Pakistani society, and gave birth to the present blend of conservatism that has gripped Pakistan.

Pakistan’s 1990s oscillated between rule by Nawaz Sharif and Benazir Bhutto. The ‘Daughter of the East’, Benazir made a remarkable return from obscurity in 1988 when her PPP surged to power in that year’s elections. However, General Zia’s legacy continued to stifle democracy in Pakistan, with Benazir coming in direct conflict with the now far more powerful position of President. Indeed, it was the eighth amendment that paved the way for President Ghulam Ishaq Khan’s dismissal of Benazir’s government in 1990. The 1990 elections saw Nawaz Sharif’s come to power, but his tenure too was marked by conflict with the establishment and the President. Nawaz made the wise decision to keep Pakistan out of the First Gulf War, and laid the grounds for what would become Nawaz’s brainchild–the motorways in his tenure, but his time in office too was cut short when the establishment forced both him and Ghulam Khan to resign in 1993.

1993 and 1996 were the next election cycles which saw Benazir emerge victorious in the former, with Nawaz coming to power again in 1996. It was his heavy mandate in 1996 that allowed Nawaz to pass the Thirteenth amendment that limited the President’s powers and finally gave breathing space to civilian rule. Nawaz, however, triggered inter-institutional conflict when his supporters first led a raid on the Supreme Court in 1997 and later when he tried to remove army chief Pervez Musharraf. The latter action, sadly, proved to be too much to digest, with the military triggering a military coup, and once again pushing Pakistan into the grips of dictatorial rule.

Pervez Musharraf’s nine years once again witnessed near unprecedented economic growth–much of it owing to economic rewards from Pakistan’s participation in the War on Terror–to the impact the WoT had on Pakistan’s security and peace. It was also under Musharraf’s rule that digital media gained immense traction and growth, a phenomenon that would ironically lead to his downfall. Musharraf also promulgated the 17th amendment that undid a lot of the democratic gains Pakistan achieved in the thirteenth amendment.

Pakistan’s exposure to democracy and to globalization through a vibrant digital media, and the societal changes that emerged out of a rising middle class, however, eventually proved too much for Musharraf’s stranglehold on the political landscape, and led to the lawyer’s movement and the opposition to the emergency of 3rd November, 2007 which culminated in Musharraf giving up power.

Thereafter decade of 2008- 2018 has seen tremendous democratic gains such as the passing of the 18th amendment, the passage of the seventh National Finance Commission (NFC) award, and more recently, the Thirty First Amendment Bill that paves the way for FATA’s merger with KPK.

This decade, however did not led to any civil-military conflict. In fact, events such as the Dawn Leaks, the multiple military operations during the PPP and the incumbent government’s tenures, the 2011 American operation against Osama Bin Laden and the Memo gate Scandal did not prove much damaging for Civil Military relationship.

Now going forward and after learning from history it is clear that system of parliamentary system only suits for Pakistan. No doubt sale and purchase of leaders would continue either you bring civil ruler or military ruler but that can be minimized only by holding elections from ups to down either on schedule or before if required.

Parliament with provincial assemblies and local bodies all are needed with full political and financial powers. Recently German chancellor Angela Merkel has well said that to answer any crisis can be done only by bringing change through elections. Imran Khan would be right to hold early elections if he feels that with thin majority he cannot resolve the matters and that would obviously end the game of compromises. 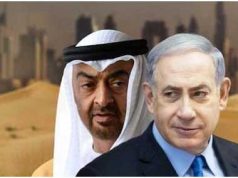 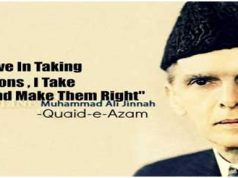 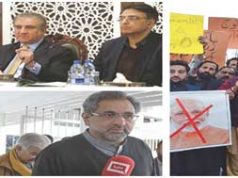