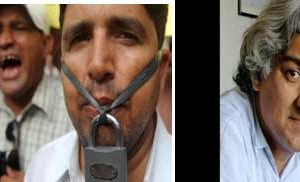 The kidnapping in day light of Matiullah Jan, a journalist, communication trainer and a media law expert and holding a personal YouTube channel by the name of MJtv has created sensation and waves of speculations last week.

This has created a rift in media itself. Supporters of establishment are on one side calling such incidents as blame game whereas others with lafafa facilities are keeping their mouth shut.

Mantilla also remained host of an investigative talk show on Waqt TV and a Dawn News TV program, and has served as a special correspondent for the Supreme Court and legal affairs. He is a Chevening scholar and holds a Masters in International Journalism from City, University of London, as well as a Masters in Defense and Strategic Studies from Quaid-i-Azam University, Islamabad. Jan had also undergone three and a half years of military training as a cadet in the Pakistan Military Academy, Kakul, according to his profile.

However Matiullah returned home late on Tuesday 21st July night, nearly 12 hours after he was abducted from Islamabad’s Sector G-6 in broad daylight. Jan was released by unidentified persons in a deserted area in Fateh Jang, outside the capital. He is sound and was not tortured during the period of his abduction, the sources say. Jan’s wife had said that his car was found parked outside a school in Sector G-6 of the capital with one of his mobile phones inside the vehicle. There were more than five people — some in civilian clothes, others in black uniforms — who forcibly picked up my husband. Security footage captured by the school where Sughra teaches showed several men force Jan into a sedan outside the main gate. The footage showed Jan tosses a mobile phone over the school fence, only for a school security guard to hand it back to a man in uniform.

Terming the development as “unacceptable”, Special Assistant to the Prime Minister on Accountability Shahzad Akbar said he had spoken with the Islamabad police chief and instructed him to take “immediate action for retrieval and registration of FIR”. The Supreme Court on 22nd July also took notice of journalist Matiullah Jan’s abduction from the capital a day ago and directed the Islamabad police chief to submit a report on the incident in two weeks. So the case is in Supreme Court. In another case Shikh Shan, a correspondent for Express News group was attacked in Jahanian, Punjab on July 22. Shan was attacked in retaliation to a news report he published highlighting ‘unethical content’ on social media. The attack is suspected to be a warning to not report on any other “wrong doings”. The injured journalist has filed a case with the police

Pakistan routinely ranks among the world’s most dangerous countries for media workers, and reporters have frequently been detained, beaten and even killed over their critical views.

In Pakistan alone, at least 33 journalists were murdered for their journalism work during the past six years, including seven in the past one year (November 2018 to October 2019) alone, according to Freedom Network, a media watchdog.

A total of 32 FIRs were registered for the murder of 33 journalists during the period 2013-19, of which the police could file the challan (charge-sheet) in only 20 cases — or in 60% of cases. Out of 33 cases, the courts declared only 20 cases fit for trial (60%) of which prosecution and trial was completed in only six cases — only 18%. In these six cases, the killer was convicted in just one case but escaped punishment after successfully overturning the conviction at the appeal stage after which the family of the murdered journalist abandoned its pursuit for justice for lack of resources. There is little option left for these families as they also receive threats while they try and pursue justice.

Journalism cannot be stifled in this manner. Corruption and wrong-doing needs to be exposed. The media is a most important pillar in any democracy. For it to function effectively, media persons need to be assured their safety. If this is not done — as we are seeing is the practice, the country will suffer as a consequence. Pakistan cannot afford this silence. On February 11, Pakistan’s federal cabinet under the leadership of Prime Minister Imran Khan approved new laws to regulate social media. These rules, dubbed the Citizens Protection (Against Online Harm) Rules 2020, make it mandatory for international social media companies to immediately remove any material deemed undesirable by the authorities and to provide data about the social media accounts of Pakistani citizens to the authorities whenever asked. Companies will also be bound to establish their data centers within Pakistan and to open offices along with focal persons in Islamabad.

Although digital surveillance by the military intelligence agencies is nothing new in Pakistan, the new laws drew sharp criticism from the activists and human rights organizations. The Human Rights Commission of Pakistan said the rules will gag social media in the country. According to Media Matters for Democracy, the laws are “dictatorial.” Digital Rights Foundation Pakistan commented that these rules would give the authorities unflinching power to stifle social media. The international organization Committee to Protect Journalists has demanded a roll-back of these new laws.

Having the legalized sword of surveillance in hand, the intelligence agencies and Inter Services Intelligence (ISI) openly started snooping on the internet and social media content. Along with the use of this undemocratic practice of monitoring speech, writers and journalists also faced increased intimidation. A military spokesman once boasted in an open press conference that the intelligence agencies were able look into the individual social media accounts, thus implying dire consequences – including many years in jail — for posting dissent online.

The only Pakistani bloggers who enjoy real free speech are those living in exile. But for them also, hounding by the intelligence agencies has not stopped. Another widely used tactic to silence dissent is raising and employing massive troll groups. Critics, including Reham Khan, the ex-wife of Imran Khan, often complained about abusive trolls persistently commenting with obscene and vile content on their social media posts or messages and thus harassing them online in order to silence them. Another tactic used by these agencies is that of wrongfully complaining about unwanted accounts or groups and getting them closed down altogether. The award-winning journalist Taha Siddiqui, now exiled in France, has faced this and had to strive hard in order to get his account back.

In Pakistan we can close our eyes but you cannot close the eyes of the world. Every institution in Pakistan needs respect but for that they have to work for themselves.

Economy of Pakistan in the coming days 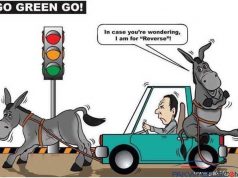 We have to wait