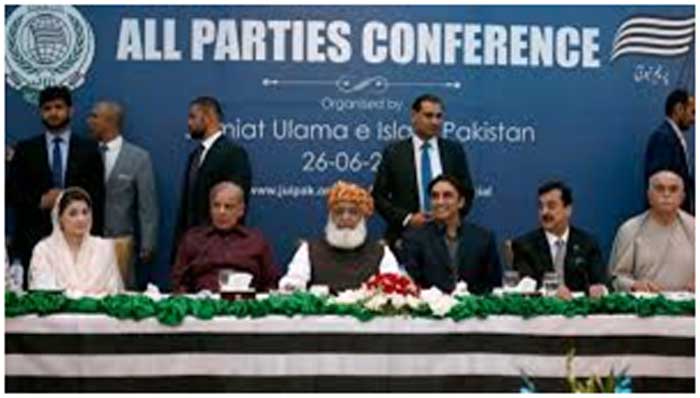 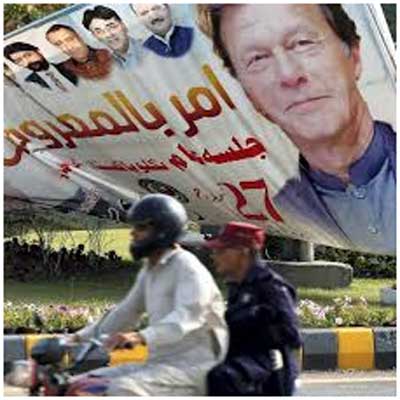 Imran Khan was  out of office after only three and a half years on 10 April 2022 by a vote of no confidence in parliament. He seemed to have become totally estranged from the powerful Pakistan Army Chief, General QamarJavedBajwa, who had supported his election and sustained him in power. For this Imran Khan has given indifferent somersault. First he presented a slip on which USA has threatened Pakistan. Then he said that USA wanted bases. Now he is telling that his life is in danger. What a fantastic person.

Khan’s coalition allies in parliament deserted him and the opposition coalesced against him. His resort to legal legerdemain and use of his faithful speaker of the house and president of the country to nullify the vote of no confidence proceedings failed, as the Supreme Court unanimously voted against him. In what many thought may have been an ill-considered move, Khan ceded defeat by asking his parliamentarians to resign from their seats. Soon, Khan was back where he had started — on the streets and on the campaign trail — with massive rallies to show his strength outside parliament and demanding fresh elections.

Parliament’s five-year term ends in August 2023. Khan’s party wants elections for a new parliament now, while he can mobilize crowds outside parliament. Fuelling his anger was his charge that the United States helped foment a conspiracy to oust him because he was championing Islam and adopting an independent foreign policy. His opponents pointed to the economic hole that he had dug for Pakistan, made deeper by the COVID-19 pandemic and the Russian invasion of Ukraine.

The Pakistani rupee continued to tumble against the US dollar, foreign direct investment was heading in the wrong direction, with negative flows of US$30.4 million in March, and fiscal and current deficits growing. Meanwhile, the International Monetary Fund’s US$6 billion lending program remained suspended, with US$3 billion undisbursed. Pakistan’s foreign exchange reserves went below US$11 billion, most of what remained was callable short-term capital from friendly countries. Khan’s Pakistan was on the brink of economic collapse, and he alone was to blame for this poor governance.

A politically expedient coalition has formed a government, mainly made up of people who have ruled Pakistan many times over. They have a tenuous though unpublished accord with the army that prefers to run things from behind the curtains. Ostensibly, they have signed a new Charter of Reforms. This is an aspirational list of seemingly unattainable goals that remind many of the Charter of Democracy signed against military autocrat Pervez Musharraf in 2006 that quickly fell apart.

The new Prime Minister is Shehbaz Sharif, former chief minister of Punjab, who has a reputation of being an active and involved administrator. But his government is shadowed by an eminence grise, his elder brother and former Prime Minister Nawaz Sharif who escaped his legal woes in Pakistan by taking medical leave in London. The cabinet announced by Sharif had to have the elder brother’s approval. No doubt, he will become the arbiter of any feuds that erupt between the coalition partners. It will not be smooth sailing. Now both have met in London to streamline further steps.

If the new government manages to keep its head above the choppy economic waters, it faces many domestic political issues. Khan had failed to unify the fractured polity of Pakistan. Sharif will need to bring the center and the periphery together. This will entail conceding more power and resources to Baluchistan, Sindh and Khyber Pakhtunkhwa, and less to Punjab. The federal government is already struggling under the previous division of resources under the hastily and poorly implemented 18th amendment. Without massive borrowing from abroad and a rapid revival of growth, the government may not be able to win the next election.

If the elections are held before November 2022, Khan can score a surprising comeback win but that looks impossible under the environment of electables. However if he wins he would then be able to select a new more friendly or compliant army chief in place of Bajwa. If that happens, all of the political somersaults of April would have come to naught. This seemed to be the underlying message that Bajwa was conveying to invited gatherings of civil and retired military officers recently, as conveyed by pro-Khan commentators who resorted to social media to share their summaries of his discussions with them.

The military also openly though belatedly came out against the Khan allegation of a conspiracy theory of a US threat to upturn the government. That may have been too little, too late. Khan already had his anti-US campaign platform ready to deploy. The military’s silence helped him prepare the ground for his protest demonstrations and calls for fresh elections.

If elections do not take place soon, Khan may take his show of strength to the streets, prompting the opposition to rally their forces. Civil unrest amidst the bubbling cauldron of economic and political woes may make Pakistan ungovernable again. This could well tempt the current or a new army chief to step in to ‘save the nation’, creating a veritable Egypt on the Indus scenario. Pakistan has seen that movie before. It willnever ends well.