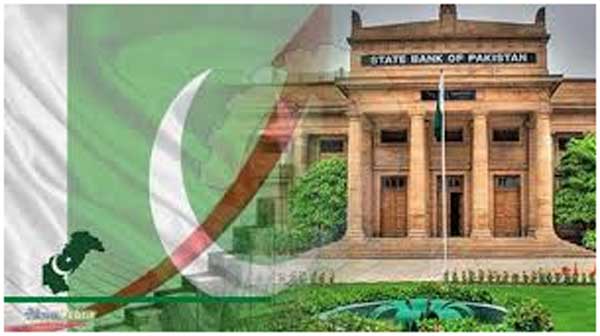 In a country, economy is managed through Fiscal policy and monetary policy. Fiscal policy is the balance sheet of the government that how they manage their revenue and how do they spend their expenditure along with making developments in different areas of the country.

On the other hand State Bank or any Central Bank keeps the country GDP moving forward by keeping the inflationlow. In our country SBP do it by announcement of its policy rate after each two months that keeps the market buying and selling rates within that range. Both government and State bank are independent by law but dependent on each other practically.

In line with market expectations, the State Bank of Pakistan (SBP) kept the interest rate unchanged at 7% for the next two months announced on 23rdNovember, 2020.Traditionally, the SBP revises its policy rate up or down, or keeps it unchanged in relation to the inflation reading and economic activities.

Low inflation mainly leads to a reduction in the policy rate for ramping up economic activities and vice versa. The rate is left unchanged at a higher level to tame inflation or on the lower side to support economic growth.

However, the world is quite different today where the pandemic is dominating decision-making in all walks of life and everything else has become less important.

In addition to this, Pakistan has invited the International Monetary Fund (IMF) to complete its second review of the country’s economy under the $6 billion loan program, which has been on hold since the Covid-19 outbreak in Pakistan in February 2020. The Fund has asked Islamabad to meet loan conditions including hike in power tariff, additional measures for increase in tax collection and making the central bank autonomous.

In view of SBP, the external sector continues to strengthen, with the current account in FY 21 Q1 recording the first quarterly surplus in more than five years. After remaining in positive territory for all four months of this fiscal year, the cumulative current account through October reached a surplus of $1.2 billion against a deficit of $1.4 billion in the same period last year. This turnaround was supported by an improvement in the trade balance and record remittances. Exports have recovered to their pre-COVID monthly level of around $2 billion in September and October, with the strongest recovery in textiles, rice, cement, chemicals, and pharmaceuticals. Remittances recorded strong growth of 26.5 percent (y/y) during July-October, primarily due to orderly exchange rate conditions, supportive policy measures taken by the government and SBP, travel restrictions, and increased use of formal channels. Meanwhile, subdued domestic demand and low global oil prices have kept imports in check.

The sizable current account surplus and improving outlook and sentiment for the economy have supported a 3½ percent appreciation in the PKR. SBP’s foreign exchange reserves increased to $12.9 billion, their highest level since February 2018. Based on the performance to date, the outlook for the external sector has improved further and the current account deficit for FY21 is now projected to be below 2 percent of GDP.

Despite lower non-tax revenue, the primary balance posted a surplus of 0.6 percent of GDP in FY21 Q1, similar to the levels achieved during the same period last year. However, the higher overall budget deficit due to larger domestic interest payments should taper as the benefits of recent interest rate cuts filter through. PSDP-releases, which are an important stimulant of economic activity, recorded an increase of 12.8 percent (y/y) during the first four months of this year.

On the revenue side, despite a fast-tracking of refunds to help businesses during the pandemic, FBR tax collections continued to record positive growth, at 4.5 percent (y/y) in July-October, to come in close to target levels.

While private sector credit growth is moderate on a year-on-year basis, its month-on-month momentum is reverting to pre-Covid trends. With higher risk aversion on the part of commercial banks, the expansion in credit to the private sector has been supported by SBP’s temporary and targeted refinance schemes introduced in the aftermath of the Covid-19 shock

After falling sharply since January, headline inflation has remained close to 9 percent during the last two months, primarily driven by sharp increases in selected food items due to supply-side issues.

In addition, recent SPI releases suggest a weakening in the momentum of food prices, as the government has taken various measures to address supply-side issues. Over the next few months, these measures, together with favorable base effects and spare capacity in the economy should help contain inflation. The latest results of SBP surveys also lend support to this assessment, with inflation expectations of both businesses and consumers remaining well-anchored. Taking into account higher than expected recent out-turns due to supply side factors and absence of demand side pressures on inflation, risks to the inflation outlook are balanced.

However apart from above positive views a look on data provided by SBP does not look as positive as has been stated. Real GDP growth is still in low condition. Fiscal deficit amounting Rs 3-4 trillion is on the scene that would further increase overall debt and interest payments. Total debt has gone above Rs 44, 801 billion and debt servicing has gone up to Rs 661 billion. Private sector credit off take has gone down by Rs 76.6 billion meaning business class has no confidence on the government. Revenue generation is not up the demand.

This all if happened would nullify all gains in the other areas and people would remain still on roads and without food.

Change of Command and Rule of Law