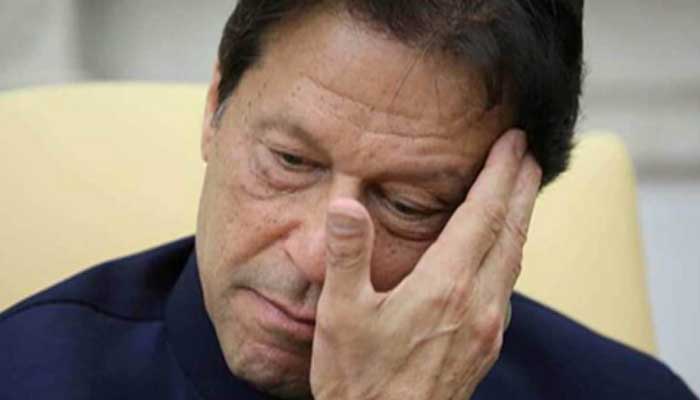 Imran Khan is in a tough position these days, and he has only himself to blame for it.

All sorts of excuses and explanations are doing the rounds about why he suddenly called off his protest last week and gave another six-day ultimatum to the government to resign or face a sea of people and all that. Imran doesn’t admit that he did it because the “tsunami” he was expecting didn’t exactly show up, and says it was to prevent violence instead, but there are credible reports that he was let down by most party leaders’ failure to bring good crowds from their constituencies; and he let them know it.

By what does he expect to change in the coming days?

It’s true that the government went overboard with its preventive tactics and used excessive force to keep too many protesters from descending on Islamabad. Still, the ones that showed up were far, far short of the kind of numbers that PTI expected. And now Imran has gone to the Supreme Court to ensure an unhindered protest; also delaying his repeat march till the judges deliver a verdict.

However, that’s not the main point. And police brutality, though completely uncalled for, was not the main point last week either. PTI wants the security machinery to stand aside as it jams the capital and stays there till the government folds and calls a snap election. But what if it doesn’t want to go and does not resign? Just like the PML-N government did not resign in 2014 even though Imran camped outside the PM house for well over a hundred days.

He says all he wants is a peaceful protest, which is fair enough, but he also says PTI will do what it has to if the government does not resign. He has also admitted that protesters carried firearms and didn’t say a word to check them. And the chief minister of the PTI government in Khyber Pakhtunkhwa (KP) province has openly said that he would bring the provincial security force with him.

Let’s not forget that he’s also hurled open threats at state institutions, effectively repeatedly saying that the only test of their loyalty to the state was their loyalty to him and his crusade. And that’s where he begins to lose the kind of following that is needed for the kind of tectonic shift that would bring about a tsunami of his liking. It’s true that he commands record numbers of people at his rallies and that he’s built a cult following that’s not been seen since at least Zulfiqar Bhutto in the 1970s.

Yet it’s one thing to take the family to the odd rally, sing and dance for the cameras, hear the skipper say the same things all over again, and stand for change that the country desperately needs. And it’s quite another thing to leave everything, sit on a street in the capital – in the middle of the hard Pakistani summer – and stay there till the Supreme Court and the military establishment do their true duty to the state and force out the government that Imran doesn’t approve of.

A lot of people wondered why Imran staked the remarkable momentum he had built since his ouster on this one march and the unlikely scenario in which the government fell on its own sword. And they were shocked when he did the same thing again and called another march; completely misreading the complete failure of the first one. Now if the government does not resign, he loses. That’s why he’s started threatening that the country would break into pieces if “institutions” didn’t do the right thing, and the military would be the first to lose if that happened.

All this has stirred quite an unexpected storm and pushed the country to a completely new crossroads. We’re already dealing with an epic economic crisis. And if our last-ditch attempt to salvage the IMF bailout program by choking the economy doesn’t work, there’s a very real chance of default. Things are not so smooth on the diplomatic front either as the foreign ministry rushes to traditional friends to repair ties harmed during the previous administration. And now we also have a full-blown political crisis on our hands; one in which central state institutions have also become fair game.

Even if Imran Khan has done nothing else, he’s completely changed the complexion of Pakistani political and social life that is creating a chance to move towards total anarchy.