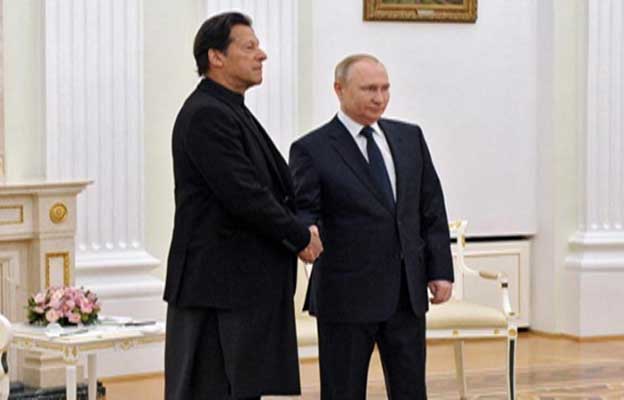 On Wednesday, Pakistani Prime Minister Imran Khan was the first foreign leader to meet with Russian President Vladimir Putin after Russian troops entered the separatist regions of eastern Ukraine amid the escalating crisis between Russia and the West. Khan’s visit to Moscow—the first by a Pakistani prime minister in 23 years—has been in the works for a while, but by going ahead as planned, it could be seen as an implicit Pakistani endorsement of the Russian leader’s actions.

On the agenda included their mutual concerns in Taliban-controlled Afghanistan, and they may also discuss intensifying their regional security cooperation, with a focus on counterterrorism operations. Also high on the agenda will be plans for the $2.5 billion Pakistan Stream natural gas pipeline that Moscow wants to build between the port of Karachi and Kasur, around 650 miles north in the heart of Punjab province.

Far more consequentially, Khan and Putin would like to demonstrate that Pakistan and Russia now matter for each other strategically—more than ever before—in yet another sign of the inexorably shifting geopolitics of the region.

For every student of balance-of-power politics, it’s the logical next step: Russia’s principal partner on the subcontinent has long been Pakistan’s traditional adversary, India. That country’s intensifying rivalry with China has led it to seek closer relations with the United States in recent years. It’s no surprise, then, that Russia appears ready to move toward a more balanced regional policy between Pakistan and India. Pakistan, in turn, sees Russia as a means to reduce its traditional reliance on the United States now that Washington has moved closer to New Delhi.

The one big element so far missing from the South Asian chessboard was for Pakistan to develop its relations with Russia.

Beijing, one of Islamabad’s long-standing partners, is midwifing the new romance playing out in Moscow this week. For China, it would be a win if a new triad with Russia and Pakistan emerged as a solid counter to India’s regional ambitions that are now backed by the United States. Khan’s visit, then, marks an inflection point in South Asia’s great-power relations.

Khan, who has been itching for a long time to travel to Russia to shore up Pakistan’s weakening geopolitical position in relation to India and refurbish his domestic credentials as a global leader, is unlikely to complain about Russia’s new offensive against Ukraine.

That, too, is part of the shift: In recent years, there has been growing warmth between Pakistan and Ukraine, which Islamabad has courted as a counterweight to New Delhi’s traditional ties with Moscow. At the same time, Pakistan wants to develop a more productive engagement with Russia. After all, Russia with all its regional and global clout is a much bigger strategic prize for Pakistan than Ukraine, especially if Russia no longer pursues an “India only” policy on the subcontinent.

For now, it won’t be too hard for Khan to walk a delicate line between Ukraine and Russia. He has checked the diplomatic boxes by calling for “peaceful resolution” of the conflict and assuring Ukraine that Pakistan supports its sovereignty. Russia, in turn, may not really need Pakistan’s explicit support on Ukraine. Khan’s very presence in Moscow this week should help the perception that Russia is far from isolated on the international stage.

Khan, who has reportedly been angry that U.S. President Joe Biden has not called him since assuming office more than a year ago, is perhaps also looking to demonstrate to Biden that he has other powerful friends. The Russians seized the opportunity to arrange a phone call between Putin and Khan in January. Khan welcomed Putin’s remarks opposing insults to the Prophet Mohammed (PBU) in the name of artistic freedom, which Pakistan considers blasphemy and has been trying to get banned worldwide through the United Nations.

New Delhi likes the idea of a sphere of influence—but has good reasons to worry about a European conflict.

The relative stability of great-power politics in South Asia had yielded to incremental changes that, in sum, are rearranging the region’s partnerships and alliances. India’s relations with the United States and the West improved considerably in the last three decades, even as it worked to sustain its old partnership with Russia. Pakistan remained a valuable partner for the United States and China in the new millennium. The one big element missing from the chessboard was for Pakistan to develop its relations with Russia.

One reason for the lag has been India’s pressure on Russia not to make major moves toward Pakistan. That policy seemed to work, at least until now. But Moscow appears to have decided that it will no longer cede a veto to New Delhi over its relations with Islamabad.

India’s concerns about the expanding engagement between Russia and Pakistan are reinforced by the new partnership with “no limits” between Moscow and Beijing. India can’t ignore the speculation that China has been nudging Russia to step up the engagement with Pakistan.

If India’s two-front problem with Pakistan and China is bad enough, any Russian support, direct or indirect, of the China-Pakistan axis would be unwelcome in New Delhi. Some in India are calling for a “hard, long-term look” at the country’s traditional relationship with Russia, but New Delhi seems to believe that rocking the boat now would be too risky.

That helps explain why the government of Indian Prime Minister Narendra Modi has been reluctant to castigate Russia’s brazen disregard for the sovereignty and territorial integrity of Ukraine. India’s continued dependence on Russian arms supplies amid the military standoff with China is another.

All these shifts threaten to put India at the mercy of a Sino-Russian power play in the subcontinent. China can ramp up military pressure at any time, while Moscow may offer to help New Delhi to find a way out with Beijing. What bothers New Delhi is not the idea of a third-party mediation in its disputes with Beijing but the prospect of a coordinated squeeze by China and Russia to slow down its rush toward the United States.

If Russia and China succeed in drafting Pakistan into a regional coalition, India’s security dilemmas will only intensify. The big question, then, is whether India will reduce or redouble its investment in its growing strategic partnership with the United States and its Western allies.

Khan appears convinced that it was a historic mistake for Pakistan to have been part of the Western bloc in the past.

Meanwhile, India’s reluctance to defend the rules-based order in Europe while emphasizing it the Indo-Pacific is not going unnoticed in the West. Underlying this contradiction is the primacy of the China question for India and the reemergence of the Russian challenge for the United States and Europe. India will also have to worry about the Russian problem taking the United States back into Europe and causing it to rethink its confrontation with China.

India is not the only country that has some difficult challenges to manage in the region’s new geopolitics. Pakistan, too, has a tricky terrain to navigate. Although Russia could help widen the base of Pakistan’s international relations, it is no alternative to the West. Pakistan’s elites are too tied to the West, and its struggling economy needs cooperation with the United States and Europe as well as support from the international financial institutions dominated by the West. Pakistan’s all-powerful army deeply values the strategic cooperation with the United States, is said to recognize the dangers of aligning too closely with China, and would like to repair relations with the United States.

But the problem is that Khan has squandered a lot of the goodwill for him in the United States and the West with his ill-advised remarks hailing the Taliban’s victory over the United States last year as having “broken the shackles of slavery,” along with his frequent anti-American tirades. He appears convinced that it was a historic mistake for Pakistan to have been part of the Western bloc in the past and that Islamabad needs to be more balanced in its relations with the great powers. Khan appears to be more in tune with widespread anti-Western sentiment among Pakistanis than the armed forces and the elite.

Just as India can’t simply abandon its ties with Russia overnight, Pakistan can’t simply ignore its deep interdependence with the United States and the West. Within this broad constraint, both India and Pakistan must necessarily adapt to the new geopolitical dynamic in Asia marked by the renewed great-power rivalry between the United States and the West on the one hand and Russia and China on other.

Despite the weight of geopolitical inertia, the past may not be a guide to the future of South Asia’s ties with the great powers. Regardless of what comes out of Khan’s two-day visit to Russia this week, Moscow will begin to figure more prominently in Islamabad’s geopolitical calculus. Cooperation among Russia, Pakistan, and China in Afghanistan and the broader region is likely to increase. There may be some potential for aligning Russia’s new infrastructure development in Pakistan with China’s Belt and Road Initiative. Despite the entrenched resistance in New Delhi to taking a realistic view of Russia’s current geopolitical imperatives, Russia’s new warmth toward Pakistan might compel New Delhi to take a fresh look at its Moscow connection. 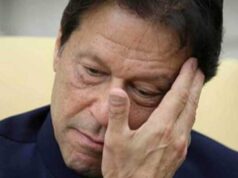 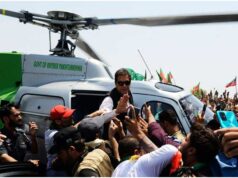 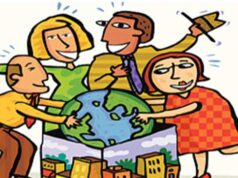