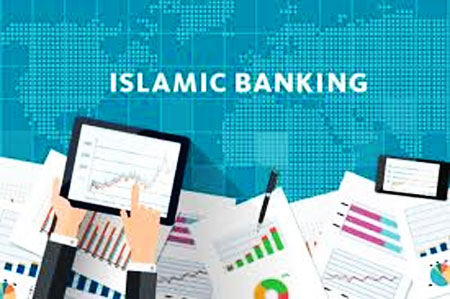 Mergers and acquisitions in Islamic banks in the GCC

Mergers and acquisitions (M&A) in Islamic banks in the GCC are expected to continue in 2020 as Sharia-compliant lenders look to carve out market share in an increasingly competitive environment, a senior executive of Fitch Ratings said.

“We’ve seen the trend of GCC Islamic banks M&A in 2019 and we expect that to continue next year,” Bashar Al Natoor, global head of Islamic finance at Fitch Ratings, told The National in an exclusive interview.

“Islamic banks are searching for market position. Secondly, they are looking for growth opportunities to cement their positions and third, you have overbanking in some countries and the consolidation is something that is happening in these countries – to have a number of financial institutions at the lower level than it is currently.”

The comments come as a number of sharia-compliant lenders in the Gulf hold talks to combine their operations to boost revenues.

Dubai Islamic Bank, the biggest Sharia-compliant lender in the UAE, is in the process of taking over its smaller rival Noor Bank, while National Commercial Bank in Saudi Arabia is pursuing a merger with its competitor, Riyad Bank.

National Bank of Bahrain, a majority government-owned lender, last month firmed up its bid for Bahrain Islamic Bank. It is looking to acquire at least 40 per cent of BIB in a deal which values it at 124 million Bahraini dinars (Dh1.41bn).

Earlier this week, Kuwait Finance House said it had gained approval from the Central Bank of Bahrain for its acquisition of Ahli United Bank – a deal which will create a combined Islamic banking entity with $96.7 billion (Dh354.7bn) in assets.

The global spread of political Islam – or, Islamism – is a complex, nuanced, and fluid phenomenon with critical implications for the durability of international human rights architectures premised on universal norms; for state sovereignty; and for peace, order, and the rule of law. There is ample evidence to suggest the detrimental effects for democracy, economic justice, and security caused by ideas and actors operating under the rubric of Islamism, shorthanded to mean the global spread of sharia law. The Global Political Islam section will provide timely information, updates, and analysis around four focus areas associated with the globalization of Islamism.

The globalization of Islamic banking and finance through the use of sharia-compliant and sharia-compatible practices and instruments, reflected in the move by Western countries like the United Kingdom to serve as hubs for Islamic financial operations, is raising concerns by some international economic and political experts that spread of Sharia law into international financial and banking markets may exercise a corrosive effect on support for universal human rights standards and may facilitate global funding for terrorist activities by Islamist extremist groups. This focus area contains updates on the globalization of expansion of Islamic finance and banking practices in both Muslim-majority and Western countries

The provision of lines of financing from International Islamic Trade Finance Corporation (ITFC) to small and medium-sized enterprises (SMEs) in Uzbekistan enables business owners to grow by accessing finance where and when it is required, Hani Salem Sonbol, CEO of ITFC, told Trend in an interview.

Recently Trend reported that Uzbek JSCB Turonbank has signed $6 million agreement with ITFC to allow small businesses and private entrepreneurship of Uzbekistan to attract financing for up to one year to replenish working capital.

“Some SMEs are sensitive about shariah (Islamic law) compliance of the financial products. This financing provides an opportunity for those SMEs to finance their trade and working capital needs. It combines cash and non-cash financing, thus providing a comprehensive solution for foreign trade needs,” CEO of ITFC stated.

“We held two capacity building events in Uzbekistan since May 2018” Sonbol noted.

He added that ITFC intends to continue to onboard new banks to boost their ability to support SMEs in Uzbekistan. This will be done through signing Line of Finance Agreements. ITFC is already working with five local banks in meeting the financial needs of SMEs in the country and total financing approved within last 15 months is $38 million. 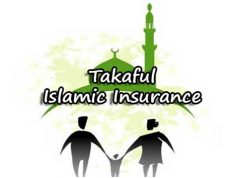 Whether Pakistan can move towards its Recovery