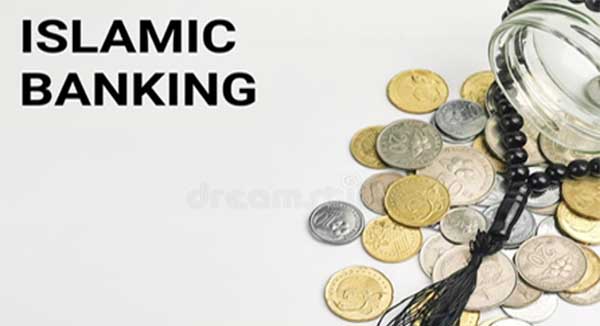 Pakistan has been ranked 8th in the Global Islamic Economic Indicator list with the sustainable growth of Islamic institutions in the financial sector and economy. In 2021, the Islamic finance industry of Pakistan achieved high growth, effectuated significant developments, and received global recognition

In Pakistan’s financial sector, as of 2006, a system of Islamic banking has been adopted that operates in parallel with the conventional banking system. Pakistanis can choose between the two modes of financing.

Surprisingly, Islamic finance is still in its infancy in Indonesia even though its population is 90% Muslim. In 2020, sharia-compliant assets accounted for only about 8% of total banking assets.
Islamic finance is today a $2.5 trillion industry spread over more than 80 countries with the bulk of it concentrated in very few markets. Data compiled by the Union of Arab Banks’ research department shows that just 10 countries account for almost 95% of the world’s sharia-compliant assets. Iran leads the way with 29% of the global total followed by Saudi Arabia (25%), Malaysia (11%), the United Arab Emirates (8%), Kuwait (6%), Qatar (6%), Turkey (2.6%), Bangladesh (2.1%), Indonesia (2%) and Bahrain (1.8%).

Other mature Asian Islamic finance markets include Bangladesh, Brunei and Pakistan where sharia-compliant assets make up more than 15% of total bank assets.

In the aftermath of the 2008 crisis, Islamic finance appeared as a relatively safe alternative to the teetering Western banking system. Sukuks seemed like a good way to tap into new markets, Islamic funds represented opportunities to access large amounts of liquidity and Islamic banking was a way of monetizing local Muslim communities.

Other European countries where Islamic finance made a remarkable start include:

France—which has the largest Muslim population in Europe—is also a promising market. Authorities (including France’s former minister of finance and IMF director Christine Lagarde have pushed hard for the development of Islamic finance there, yet banks have largely failed to respond due to fears that being associated with Islam at a time when the country is targeted by terrorist attacks would damage their reputation.

Steps for Islamization of banking and financial system of Pakistan were started in 1977-78. Pakistan was among the three countries in the world that had been trying to implement interest free banking at comprehensive/national level. But as it was a mammoth task, the switchover plan was implemented in phases. The Islamization measures included the elimination of interest from the operations of specialized financial institutions including HBFC, ICP and NIT in July 1979 and that of the commercial banks during January 1981 to June 1985. The legal framework of Pakistan’s financial and corporate system was amended on June 26, 1980 to permit issuance of a new interest-free instrument of corporate financing named Participation Term Certificate (PTC). An Ordinance was promulgated to allow the establishment of Mudaraba companies and floatation of Mudaraba certificates for raising risk based capital. Amendments were also made in the Banking Companies Ordinance, 1962 (The BCO, 1962) and related laws to include provision of bank finance through PLS, mark-up in prices, leasing and hire purchase.

Separate Interest-free counters started operating in all the nationalized commercial banks, and one foreign bank (Bank of Oman) on January 1, 1981 to mobilize deposits on profit and loss sharing basis. Regarding investment of these funds, bankers were instructed to provide financial accommodation for Government commodity operations on the basis of sale on deferred payment with a mark-up on purchase price. Export bills were to be accommodated on exchange rate differential basis. In March, 1981 financing of import and inland bills and that of the then Rice Export Corporation of Pakistan, Cotton Export Corporation and the Trading Corporation of Pakistan were shifted to mark-up basis. Simultaneously, necessary amendments were made in the related laws permitting the State Bank to provide finance against Participation Term Certificates and also extend advances against promissory notes supported by PTCs and Mudaraba Certificates. From July 1, 1982 banks were allowed to provide finance for meeting the working capital needs of trade and industry on a selective basis under the technique of Musharaka.

As from April 1, 1985 all finances to all entities including individuals began to be made in one of the specified interest-free modes. From July 1, 1985, all commercial banking in Pak Rupees was made interest-free. From that date, no bank in Pakistan was allowed to accept any interest-bearing deposits and all existing deposits in a bank were treated to be on the basis of profit and loss sharing. Deposits in current accounts continued to be accepted but no interest or share in profit or loss was allowed to these accounts. However, foreign currency deposits in Pakistan and on-lending of foreign loans continued as before. The State Bank of Pakistan had specified 12 modes of non-interest financing classified in three broad categories. However, in any particular case, the mode of financing to be adopted was left to the mutual option of the banks and their clients.

The procedure adopted by banks in Pakistan since July 1 1985, based largely on ‘mark-up’ technique with or without ‘buy-back arrangement’, was, however, declared un-Islamic by the Federal Shariat Court (FSC) in November 1991. However, appeals were made in the Shariat Appellate Bench (SAB) of the Supreme Court of Pakistan. The SAB delivered its judgment on December 23, 1999 rejecting the appeals and directing that laws involving interest would cease to have effect finally by June 30, 2001. In the judgment, the Court concluded that the present financial system had to be subjected to radical changes to bring it into conformity with the Shariah. It also directed the Government to set up, within specified time frame, a Commission for Transformation of the financial system and two Task Forces to plan and implement the process of the transformation.

It was decided in September 2001 that the shift to interest free economy would be made in a gradual and phased manner and without causing any disruptions. It was also agreed that State Bank of Pakistan would consider for: