State Bank of Pakistan in its Prudential Regulations has defined Small & Medium Enterprises as follow:

According to AC&MFD Circular Letter No. 03 of 2019, in order to provide enabling regulatory framework for channelising financing to develop an efficient and standardized infrastructure for the storage of commodities, inter alia, to reduce spoilage of produce, amendments in the Part-A: Definitions 20 (ii) and Regulation R-1 of Prudential Regulations for Agriculture Financing have been incorporated regarding Electronic Warehouse Receipt under Collateral Management Companies Regulations, 2019 issued by the SECP.

As per amendment, Part A-Definitions: 20 (ii) should be read as “Other Form of Security means hypothecation of movable agricultural machinery, pledge/hypothecation of agriculture produce on the farm or in godown, and charge on livestock on the farm. In case of pledge/hypothecation of agriculture produce lying in godown, the title/ownership of the produce in the name of the borrower shall be determined based on appropriate documents, for example Electronic Warehouse Receipt (EWR) as defined under Collateral Management Companies Regulations 2019 issued by the SECP.”

Similarly, According to BPRD Circular Letter No. 21 of 2019, SBP has also announced following amendment in the Part-A: Definitions of Prudential Regulations for Corporate/Commercial regarding Electronic Warehouse Receipt under Collateral Management Companies Regulations, 2019 issued by the SECP.

Part-A: Definitions: Secured means exposure backed by liquid assets, pledge stock – including pledging against Electronic Warehouse Receipt (EWR) as defined in Collateral Management Companies Regulations, 2019 issued by the SECP, mortgage of land, plant, building, machinery or any other fixed assets, hypothecation of stock (inventory), trust receipt, assignment of receivable, lease rentals, and contact receivables but does not include hypothecation of household goods. The unsecured exposure will be considered as clean.

In addition, SBP through circular IH&SMEFD Circular Letter No. 7 of 2019, following amendments in the Definition and Regulation SME R-1 of Prudential Regulations for SME Financing have incorporated regarding Electronic Warehouse Receipt.

Readily Realizable Assets means and include liquid assets and stocks pledged to the banks & DFIs in possession or stock pledged under Electronic Warehouse Receipt (EWR) as defined in Collateral Management Companies Regulations 2019 issued by the SECP, with ‘perfected lien’ duly supported with complete documentation.

An individual, if he or she meets the above criteria, can also be categorised as an SME.”

Small and Medium Enterprises play an important role in the development of a country. SMEs support poverty alleviation endeavors through employment generation process and have become the fastest growing export sub-sectors like sports goods and surgical instruments. Above all, being less capital intensive and more labour demanding, SMEs, from a social point of view, are more efficient in resource allocation as compared to large scale industries.

SMEs in Pakistan have a significant potential to add value to the economy. However, efforts towards the sector’s growth have remained restricted as efforts have been focused on large enterprises, neglecting Small and Medium Enterprises which are the backbone of the economy.

Long-term growth of the SME sector in Pakistan remains constrained by a number of factors that include skills shortage, scarcity of capital goods, poor management, lack of data on the sector, resistance to change and marketing difficulties especially for export-oriented SMEs; however, the biggest problem facing the sector is the unavailability of adequate financing facilities.

Unavailability of financing is mainly due to the reluctance of banks towards extending credit to small and medium enterprises. It is relatively easy to lend to large corporates where the economies of scale, published financial information, collaterals and credit worthiness parameters are available. Due to lack of availability of data on the SME sector, banks are unable to determine whether the borrower possesses technical, managerial and marketing skills that will allow him to generate adequate cash flows and repay the loan on time.

Being a major tool in the development and progress of any economy, growth of SME sector is of vital importance. Islamic Banking Institutions due to the structure of their transactions are better suited to address the financing needs of the SMEs. To understand this proposition better, one needs to have clarity regarding the basics of Islamic Banking.

Islamic Banking is banking based on Islamic law (Shariah). It follows the Shariah, called fiqh muamalat (Islamic rules on transactions). The rules and practices of fiqh muamalat come from the Quran and the Sunnah, and other secondary sources of Islamic law such as opinions collectively agreed among Shariah scholars (ijma’), analogy (qiyas) and personal reasoning (ijtihad).

In simple terms, Islamic Banking can be defined as a banking operation that abides by Sharia (Islamic law), under which a key rule is the prohibition of interest or riba, because of this Islamic Banking is referred to as interest-free banking. However, besides being prohibited from earning riba, Islamic Banks cannot engage in haram activities prohibited under Sharia, additionally, these banks must also minimize gharar (ambiguity) in their contracts.

Islamic banks, on the other hand, being prohibited from paying or receiving interest, do not give out loans; instead, they use other modes like “sale”, “lease” and “partnership based instruments” to make profit.

Entrepreneurs in SME sector are more inclined towards using Shariah-compliant products and services, they are attracted to Islamic finance because it integrates ethical and moral values. Parallels are often drawn between Islamic finance and socially responsible investing. Islamic Banking seeks to maximize both financial returns and socially responsible ethical behaviour, provided that required products are available with competitive features and pricing.

The most prominent benefit of preferring Islamic banking over conventional banking is the elimination of risk of misuse of banks funds. The mandatory purchase & sale of assets ensures vigor in economic activity. It also shuts the doors for the possibility of using fresh financing to pay off old stuck-up non-performing loans.

The underlying involvement of “asset” itself in every transaction ensures that the funds are utilized for the purpose for which they were sought, thereby eliminating the risk of their misuse for any other purpose.

SME financing is a natural fit for Islamic finance, by virtue of the fact that it deals directly with the real economy; creates employment; involves the productive use of resources, especially capital and finance and contributes directly toward the alleviation of poverty.

). In Pakistan, it has been reported that ﬁnancial accommodation to the private sector improves employment rate (Other factors eﬀecting unemployment are rigid market regulations (Kim, Chen, & Lin, 2018) and the tight monetary policy resulting in increasing cost of capital.

Interest free monetary policy is proved to be better as compared to interest based policy (Selim, & Hassan, 2019).

growth by pushing the efficiency and competitiveness. According to the Labour Force Statistics, total labour force of Pakistan was 61.04 million from which 94 percent were employed

and 6 percent were unemployed (Government of Pakistan, 2018).

The government of Pakistan has adopted the strategic polices such as sectoral development plan, employment promotion polices, micro credit and Islamic finance facilitation

and Pakistan Skill Development Programme to increase the employment opportunities and

growth in the labour market (Government of Pakistan, 2014).

considered as the most suitable structure to provide employment, particularly in countries

countries of the world. In most of the studies, inverse relationship was found between firm

firms. This argument was based on the notion that new/entering firms grow faster than older

Keeping in view these aspects, the resent study was planned to investigate the role of 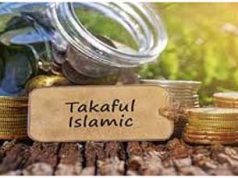 Opposition planned clash or showdown with PTI on last day of October 2019 in...