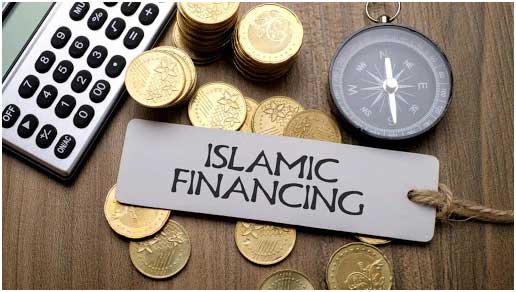 Since the modern birth of Islamic banking in the 1970s in Egypt, it has expanded rapidly across the globe. As illustrated by much such expansion has taken place, in particular—though not exclusively—in countries with larger Muslim populations. From an insignificant beginning, the industry has grown to over USD 1.6 trillion in assets in 2012, and is expected to reach USD 6.1 trillion by the end of this decade However in 2020 S&P Global Ratings believes the global Islamic finance industry will continue to expand slowly in 2019-2020. Total assets increased by only about 2% in 2018, compared with 10% in 2017 thus reaching to USD 2.2 trillion. We do not expect the market to fare much better in the next two years given the significant volatility in key parameters such as oil prices and geopolitical risk. The growth of banking assets has also slowed down in almost all core Islamic finance markets. Turkey and Iran lead this decline under a trend that we expect will continue in the next 12-24 months. As the economic cycle might turn at some stage, we believe a low-single-digit growth rate over the next two years is a fair assumption.

S&P Global Ratings believes GCC Islamic banks’ total assets will increase by midsingle digits over the next 12-24 months. – Despite the significant changes in the local and external operating environments and new accounting standards, Islamic banks’ financial profiles remain broadly stable. – We believe only a major increase in geopolitical risk or a significant drop in oil prices could weaken the credit profile of the industry.

For the availability of liquidity in Indonesia, Turkey’s efforts to tap all available financing sources and the return of Qatari and Saudi Arabian issuers to the market have boosted issuance of sukuk 17.6% in the first five months of 2019. Foreign currency issuances also increased 15.6% during the period, explained primarily by Turkey’s issuances but also issuances by Qatari banks and Saudi corporates. S&P Global Ratings now anticipates total sukuk issuance of $115 billion this year, including $32 billion of foreign currency issuances, which is the upper limit of our previous.

However, this represents little-to-no growth on the $114.8 billion seen in 2018, with selective investors, worsening geopolitical stability in the Middle East, and challenges inherent to sukuk likely to hold back the market. In addition, Gulf Cooperation Council (GCC) issuers continue to prefer conventional financing, despite their significant needs, with only a handful tapping the sukuk market so far this year.

There is mounting evidence—at least for lower and middle income countries—that financial sector development is good for growth. A developed financial sector helps mobilize savings, facilitates the allocation of capital to where returns are expected to be highest, monitors the use of capital once invested, and allows for diversification of risk. Moreover, there is a growing consensus among economists that it does not matter much for economic growth whether the financial system is more bank-based or market-based (. The particular institutional arrangements that provide financial services to the economy are not so important; what matters is the level of overall financial development.

However, do these findings of financial sector deepening impacting growth also apply to systems where Islamic banking plays a significant role? This is an important question to answer, as with a few exceptions, countries with large Islamic populations are typically not highly developed, and have often not performed well in economic terms, one of the reasons being an underdeveloped financial system.

As the global crisis has illustrated, conventional banking has many weaknesses—its excessive dependence on leverage being one of them. However, Islamic banking, which is one of the fastest growing segments of global finance, has unique features that are highly appropriate for developing countries. In particular, it is based on risk-sharing, making its activities more closely related to the real economy than conventional finance; it is also more flexible against shocks and more inclusive with regards to growth. Not only does Islamic finance help to stimulate growth, but it also appears less prone to risks such as bubbles.

This means that many countries that currently suffer from low growth—a feature often present in Muslim countries—may want to further develop this segment of finance. As an initial step, it is essential to develop proper legislation and regulation, as well as the supporting infrastructure, including the necessary skill set. Future areas of research include measuring better Islamic banking development and assessing the impact of Islamic banking on inequality and social development. Growth in Islamic countries, while not spectacular, has not been dismal compared to other countries with a similar level of development. The widely held perception is that Islamic countries have performed poorly in economic terms since the 1950s, but this does not hold. After an initial strong growth spurt following independence—in sync with other low-income countries (LICs)—growth rates were sub-par following the lost decades of the 1980s and 1990s. While it is true that Islamic countries and sub-national regions with large Muslim populations are characterized by low incomes and a low level of social development, with the exception of oil-producing Gulf countries, they are in fact not much different from other emerging markets (EMs) and LICs. In fact, once adjustments for low education levels, poor institutions, commodity prices, etc., are made, evidence is mounting that Islam per se is not holding back these countries (Nolan, 2003).

Similarly, Islamic countries do not currently stand out in terms of private sector credit to GDP. However, as Islamic banking becomes more acceptable to a large swath of the population, it could expand faster, as it would not necessarily be a substitute for conventional banking, but it would provide financial products to a part of the population that otherwise would not use the financial system, potentially leading to higher financial inclusion and an acceleration of economic growth in these countries.

How PKR Depreciation can be controlled