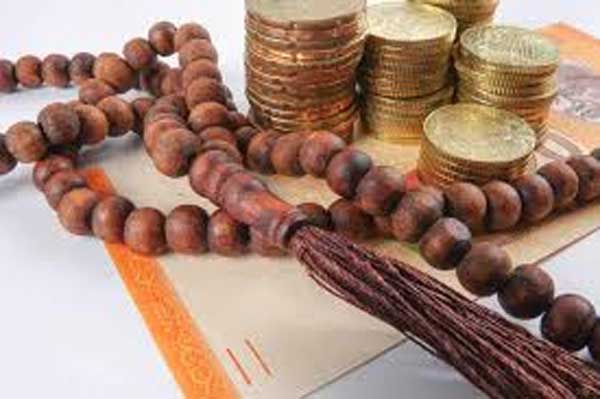 Development finance institutions will specialize in financing based on divisible and tradable financial instruments to address sizable financing needs with long maturity periods.

Microfinance institutions shall emerge not only for economic considerations but also as part to government strategy to exploit the potential of micro-financing for poverty alleviation. There will always be return-conscious depositors who want maximum flexibility in investment and withdrawal of funds. Accounting and, may be, other costs considerations at the level of the normal banks will give rise to institutions like mutual funds or unit trusts. The quest for maximum responsiveness to their clients will force these institutions to operate only in the secondary markets, such as Islamic stock market (for Islamic shares) and Islamic money market (for divisible and tradable Shari’ah-compliant financial instruments).

Life insurance companies and their other equivalents, such as Employees Provident Funds and Private Pension Plans, are likely to emerge on the Islamic financial scene in order to provide avenues for long-term capital accumulation to the people. The existing Islamic Takaful model is expected to be working model for these financial institutions. It is expected that Shari’ah considerations will force development of separate institutions for other forms of insurance. For example, fire insurance companies may also be required to take remedial measures for avoiding the occurrence of fire. Accident insurance scene may be characterized by separate entity.

The following effects of Islamic Banking are due on Economy and Economic Life: • The real and financial sectors in the economy will be better integrated, as compared to what one finds in interest-based economies. • Both what the governments do and the way in which they work, will change. This will mainly stem from the fact that without tax revenues, governments may address only those needs for which an economic transaction—other than pure loan transaction—can be defined between the government and the financiers. Economic considerations will in the long run lead to development of “Fiqh for Government” that would regulate economic activity at the government level. • Inter-bank money market and central banking will take new form. New matrix of Shari’ah-compliant divisible and tradable financial instruments and the Shari’ah parameters for contracts will give shape to these developments

While the above happens, the regulators will also have to ensure compliance with Basel requirements for international acceptability of Islamic banking. In the past, Fuqaha did draft rules for governance. But those are of a recommendatory, rather than mandatory, nature,

For Basel requirements, there would be no problem. However, where conflict arises, there will be need (1) to design Shari’ah-compatible ways for compliance with the Basel requirements and (2) to sell the same to the international regulators. • Accounting and financial management may undergo major changes. This would happen because Islam has different position on ownership, rules for transactions and the financial instruments.  • Islamic banking will lead to better business ethics because banks will entertain only economically viable financing requests. Careful design of Islamic financial instruments will discourage unscrupulous behavior by fund-seekers.

A change is already taking place. Instead of thinking within the narrow domains of Hanafi, Maliki, Shafie, Hanbali and Ja’fari fiqhi schools, contemporary fuqaha are joining hands and looking for common ground that best suits contemporary needs.   OIC Fiqh Academy and AAOIFI provide formal international platforms. Individual Islamic banks have either international representation on their Shari’ah Boards or they are open to international influences.

On Accounting, Financial Management, Marketing and Bank Management full significance of the Shari’ah is recognized, these areas will change. The impetus will come from, among other factors, Islamic concept of “rights” (based on Islamic view of ownership) and permissible forms of transactions.

New economics will emerge for the new economic setup. Changes will be more noticeable in the areas of macro and monetary economics.   A paradigm shift will take place in Public Policy due to changes in what governments may do and the ways in which they would work.

With Islamic banking gaining ground, new challenges are already emerging for redrafting the rules for international trade and accommodating Shari’ah compliant foreign trade financing. A good deal of work has been done, but a lot more is needed. If Islamic financing is adopted at the state level, inter-governmental financial flows will change, in both form and size. Forces of the status quo will always resist change. Hence, every now and then issues would be raised about what riba is or what it is not.

Government finances will remain a problem in the way of Islamic banking until sufficient new financing tools are developed and a consensus develops on the economic and social role of government.

While the thrust of the present efforts in Islamic banking is on the financing side, matters related to liability side of Islamic banks will become an issue in future. The way in which Islamic banks look after interests of various groups of depositors and what they actually do, both are likely to become an issue.

Taliban Government is on trial