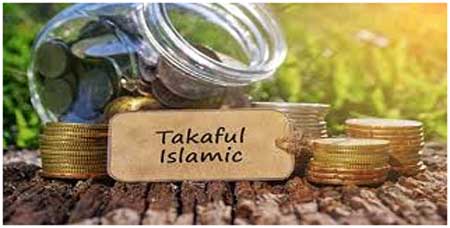 Use of Tabarru in Islamic Insurance (Takaful)

Early Muslim scholars did not specifically discuss or defined the tabarru` principle. However, the word tabarru` has always been used when discussing waqf, hibah, and other types of contract classified as tabarru` contracts. All tabarru` contracts refer to a form of ‘voluntary contract’ whereby the party initiating the contract expect nothing in return (no due considerations) from the other party. As such, it can be summarized that a tabarru’ contract is one made voluntarily whereby only one party delivers a good or service without due consideration from the other party.

This summarization is further strengthened by the definition put forward by Qal`aji, Qunaibi & Khotob (1996) which describes tabarru’ as a contract of gratuity or charity.

Is the tabarru` contract clearly specified in takaful policy? In takaful contracts, premiums paid by participants are divided into two accounts; the first account is for the participant’s savings while the second account is for the tabarru` fund. The takaful operator invests the money in the first account into any suitable Shariah-compliant instruments. Once the contract reaches maturity or if the participant wishes to terminate the policy, the participant will get all the money collected and profits derived from investments made from this account. The second account, which is tabarru` fund, is used as a source of donation which is channeled to any of the participants should they experience a misfortune.

For this reason, in General or family takaful for example, when a participant passes away or he looses something he or his family is given compensation. This compensation is taken out of the tabarru’ fund. The issue of riba does not arise here because the money given to the family is based upon the principle of tabarru` or donation.

The use of the sadaqah principle in takaful contracts is also quite befitting in the opinion of al-Sharbini (1997). This is because the parties involved mutually agree to give sadaqah in order to help each other should any one of them fall into misfortune. Furthermore, under the sadaqah principle, the issues arising from the status of the money in the tabarru` account, the status of compensation awarded to the family of the insured when he dies, and the distribution of surplus among the participants and the takaful company, can be settled in line with Shariah law.

When participants join a takaful scheme, in reality they agree to donate part of their funds to the tabarru` account whereby funds collected in this account will be used to help the takaful participants and their families. This account is in fact an entity in itself, which is known as shakhsiyyah i`tibariyyah (legal entity). It is similar to baitul mal or waqf, which are acknowledged by Muslim scholars as shakhsiyyah i`tibariyyah (Al-Qurahdaghi, 2004).

In addition, Zakat funds cannot be distributed to every one other than asnaf. Islam has determined the Zakah recipient groups or individuals known as the Asnaf. The Zakah recipients (Asnaf) tend to be ‘Thabat’ which means the Zakah distribution specifically only to eight groups who have been mentioned in Surah al-Tawbah verse 60.

Since the funds collected in the tabarru` account, is jointly donated by the takaful participants thus they can only be distributed to these participants when they experience a misfortune, in accordance with the agreed terms and conditions of the policy. As such, funds distributed to the family of a deceased participant cannot be regarded as inheritance because as soon as the funds are paid into the tabarru` account, it is no longer the property of the participant.

With regard to the issue of surplus, the best way to manage it is to bring forward the amount to the following year or donate it to any suitable charitable organizations such as an orphanage. However, it is not against Shariah law to re-distribute the surplus amount back to the participants, although some may feel that this hints of insincerity on the part of the participants in their donation.

Here finally we recommend that the sadaqah principle be used in defining the tabarru` contract used in takaful operation. This is because the use of this principle can resolve a number of Shariah issues which have been questioned before, such as the issue of compensation gained by the family of a policy holder upon his demise and the issue of surplus funds in tabarru’ accounts. It is important to define the tabarru` contract using the appropriate principle because each contract has its own rules and conditions under the Islamic law of transaction, which can influence the validity and permissibility of the takaful policy. 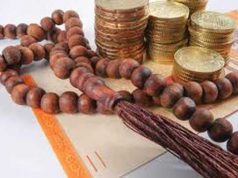