As far I know Islamic Banking department of SBP is working with two senior Officers. One is Ghulam Muhammad who is heading two departments and the other is MS Nighat Tanweer, the Additional Director. The others though having PHD degrees are jus fill in the blank just to draw salaries.

Just look back. First SBP gave vision for 25% of Islamic Banking within total banking of Pakistan up till 2017 than 2020 but still it is 16%. Now they have announced 25% to get in 2023. But whether SBP has thought that what Islamic Banking requires in Pakistan. Macroeconomic structure that it should have it does not exist as yet. Mostly Financing is based are debt based financing like Murhabah and likewise products.

In Pakistan where even total banking is availed by only 10% of its population, additional efforts are required to grab customers. In product developments Islamic banking have no efforts. Curriculum on Islamic Banking education needs to be revised. As in 2020, people still hold that Islamic Banking is nothing but a form of conventional banking.

So in this situation SBP has to come forward with better leadership, solutions, and research activities.

Now in this regard they have announced a step for financial inclusion in Islamic Banking.

Financial inclusion means to help down trodden people. SBP recently has issued its circular to restructure role of Islamic Banking in this area.

The objective of revised instructions on Islamic Banking Windows (IBWs) is to enhance the share and outreach of Shariah compliant banking services to the people of Pakistan and contribute in overall financial inclusion.

In this regard IBWs shall develop a Policy (or revise existing one, if any) containing details on functioning of IBWs duly approved by their Shariah Board (SB) and BoD before approaching SBP for permission.

Systems and Controls in place like segregation of funds, duly approved procedure manual, real time connectivity of IBW with its hub/controlling branch, and allied activities etc would be needed.

Staff/HR arrangements (e.g. dedicated IBW Staff or mixed staff or staff of conventional branches under SOP/SLA) with regard to be deputed/posted/transferred.

Marketing/sales arrangements (e.g. separate marketing/sales staff or mixed marketing or staff of conventional branches) under SOP/SLA need to be made.

Share of the population who needs financial services needs to be defined.

Financial inclusion has proven to be linked to desirable economic outcomes above and beyond those associated with the more familiar concept of financial depth. At the micro level, several studies show evidence that access to savings accounts at the local level that can produce benefits to the directly affected population can be done by increasing savings, investment, consumption, or income. Several case studies have documented how increased access to credit has led to increases in entrepreneurship and reductions in poverty, as a result of a relaxation of financing constraints that are especially binding on smaller and younger firms in developing countries.

Thus, there may be a cost in foregone economic growth when the volume of financial services in a country does not reach a sufficiently large share of the population. It has been found that lack of access to credit was one factor driving down growth in MENA countries relative to the rest of the world specifically among small and medium-sized enterprises (SMEs).

Other initiatives that might help to enhance financial inclusion include institutionalization of Islamic redistributive mechanisms such as zakat, sadaqat, qard-al-Hassan and waqf.

Another option worth exploring is the establishment of an Islamic partial credit guarantee scheme (IPCG) or extension of the existing PCG to Islamic banks with the aim of reaching underserved groups such as SMEs and startups, especially at a time when governments are improving credit information and creditor rights (see the experience of Jordan, which recently established a Shari’ah-compliant loan guarantee). Successful IPCGs may consider a coverage ratio closer to international standards (around 30–40 percent), fees could be closely tied to risks, and systematic assessments should be conducted regularly to ensure cost-effectiveness and customer satisfaction.

So with this mindset and practical solutions and developments of Products to meet these demands, SBP can make real progress in Islamic Banking. 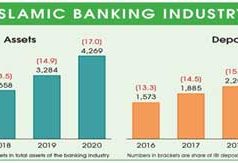 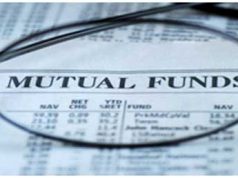 People of Pakistan Still in Freezer