Dr Reza Baqir has been appointed new Governor of State Bank of Pakistan. He is a graduate of Harvard University and was IMF’s senior resident representative for Egypt before his appointment. He has also remained head of mission for Romania. The new SBP Governor has completed PhD in Economics from University of California, Berkeley. Mr. Baqir, has also worked for World Bank, Massachusetts Institute of Technology and the Union Bank of Switzerland. During his time period at IMF, he also held position of Head of Debt Policy Division.

His appointment has started discussion that with his arrival government has handed over Pakistan to the IMF and Dr Raza arrival is like arrival of a viceroy to look after IMF interests.

But these circles should remember that Pakistan has lost its time to approach IMF in September last year and now who may take over charge, cannot save Pakistan from an economic disaster whether he comes from IMF or white house.

However His arrival coincides with government discussions with the International Monetary Fund (IMF) team and it is more likely that Pakistan may enter IMF program by June along with announcement of Federal Budget for FY 2020 probably on 10th June.

Newly appointed Advisor on Finance Dr Sheikh who had served as the finance minister from 2010 to 2013 during the PPP government’s rule as federal minister with 34 sale transactions worth Rs300 billion in banking, telecom, electricity, and manufacturing has finally confirmed that Pakistan has entered in to its 14th program .

Under IMF program, Pakistan would get $ 6 billion for 3 years. Besides the IMF assistance, Pakistan will also receive additional funds worth nearly $2-3 billion from institutions like the World Bank and Asian Development Bank, the adviser revealed. Earlier Pakistan got sigh of relief due to support of around US$8.5bn from Kingdom of Saudi Arabia (KSA), United Arab Emirates (UAE) and China. During the last few months, Pakistan’s Foreign Exchange (FX) reserves have risen from a low of US$7.2bn in Dec 2018 to US$10.2bn last month (April 5, 2019). However, there have been now decline for the last 4 weeks and FX are now down to US$8.8bn (less than 2 months of import cover). Foreign exchange reserves net of swaps are at low levels of US$1-1.5bn considering USD1bn a month due to upcoming debt repayment.

IMF program would focus on raising Tax Revenue and reducing budget deficit. Pak Rupee (PKR) would remain to be free-floated and we expect the PKR to settle in the range of Rs160-165 by Dec 2019 given expectations of REER below 100.Given increased taxation measures to shore up revenues, reduction in subsidies and devaluation, we expect inflation to average in low double digits in FY20. We expect Central Bank’s policy rates to peak at 12% during 2019. The government will have to increase focus towards privatization and restructuring of loss making state owned enterprises. Further, energy sector reform and resolution of outstanding circular debt will also likely to be the part of the IMF program.

Since new Governor SBP Mr. Reza Baqir has overseen the implementation of the current IMF program in Egypt, which was approved in November 2016 and have to end later in 2019 hence its comparison with Pakistan program can be interesting for the public. The Egyptian program had two key contours, that is, free float of currency and reduction in energy subsidy. This is the same case with Pakistan. Further in Real GDP growth rate, current account balance international reserves and currency parity with US $, Egypt looks better than Pakistan.

The key measure by the IMF in Egypt was to avert a currency crisis. Prior to the program, the REER index of the Egyptian pound was around 130, which led to the sharp currency adjustment of around 40% immediately post program. In Pakistan the REER is already close to 100 so such a major adjustment may not be likely. Egypt had imposed capital controls post 2011 Arab uprising that nearly drove away tourists and foreign investors from Egyptians economy. These included caps on dollar deposits, and bank transfers, which in case of Pakistan is not relevant.

The other key factor that was imposed by the IMF was the reduction in fuel subsidy. In Pakistan, this is not the case as the country earns tax revenues from petroleum sales and adjusts on monthly basis to account for changes in international oil prices. The sharp currency devaluation and hike in fuel prices led to high inflation of around 30% in Egypt in 2017. However Egypt pound in 2016 at 8.8 per US4 has risen to 17.12 per US $ in 2019 (94.54 % devaluation), whereas in Pakistan case the PKR at Rs 105 per US $ in 2016 is now at Rs 144 per US $ (40.95% devaluation). So Egyptian case after going in to IMF cover remained highly worst and this is going to happen with Pakistan now in 2019 with its currency on adoption of IMF program whereas since 2016 its currency has already been devalued by 40.95%.

Ongoing economic slowdown is the major concern at the moment where we expect Gross Domestic Product (GDP) growth of only 3% in FY19 compared to 5.2% during previous fiscal year. Given lower tax revenues and higher expenses, it is now expected that the fiscal deficit for the current fiscal year will be around 7.3%. This does not include the energy sector circular debt, which is an additional Rs1tn (or around 2.5% of GDP).

At this juncture we on behalf of Centre of Advisory Services for Islamic Banking and Finance (CAIF) are ready to coordinate with the new Governor particularly on the subject of restructuring of Debt Management system along with replacing current Public Debt Act of 1944 with new legislation. CAIF has already prepared a draft in this respect. Further duration model for Government Debt can be adopted. Let us start a new chapter in respect to role of SBP in the coming days purely in favor of Pakistan and its people. 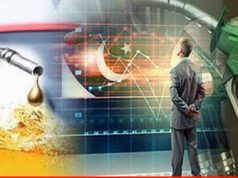