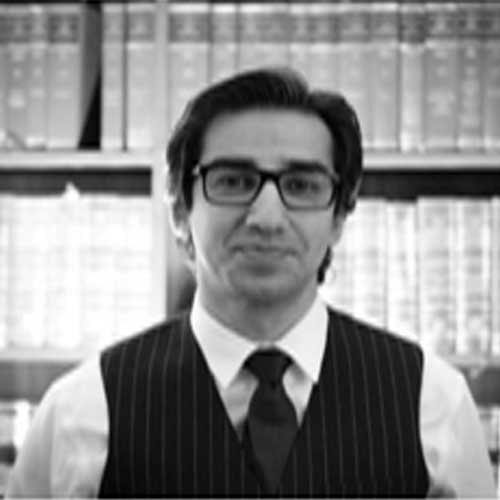 Politics, in Pakistan, has long been an unending litany of partisan in-fighting, with no real benefit accruing to the public at large. The latest in this episode of political leg-pulling is the ongoing move of ‘no-confidence’, against Prime Minister Imran Khan.

To appreciate the constitutional and political consequences of such a move, it is important to first understand the precise legal contours of initiating such action. Article 91(4) of the Constitution expressly stipulates that “The Prime Minister shall be elected by the votes of the majority of the total membership of the National Assembly.” Following this procedure, on August 18, 2018 Imran Khan was elected as the Prime Minister of Pakistan with 176 (out of 342) votes from the National Assembly.

Importantly, per Rule 14, read with Rule 37 and Schedule II of the Rules of Procedure and Conduct of Business in the National Assembly, 2007 (the “2007 Rules”), a no-confidence vote is not conducted through secret ballot, and is instead done in the light of day, by a show of hands.

What happens after passing a vote of no-confidence is not as simple. To this end, two eventualities are possible: 1) If one of the coalition parties (having more than 7 members) shifts its alliance, the Prime Minister will certainly be out. And, in the aftermath, the opposition may be able to form a government (through 172 votes), by inclusion of the shifted coalition party. 2) A vote of no-confidence may be passed if certain members of PTI—either from JehangirTarin’s group or otherwise—vote against the incumbent Prime Minister. However, the said members will resultantly be hit by the defection clause of Article 63-A of the Constitution, and entail the consequences thereof.

To this end, Article 63(1) stipulates that any member of the National Assembly, who “votes or abstains from voting” in a manner “contrary” to “directions issued by the Parliamentary Party”, in “election of the Prime Minister”, or “vote of confidence or vote of no-confidence”, or “Money Bill or a Constitutional (Amendment) Bill”, may be “declared” to have “defected”.

The process, in this regard, mandates that, for the disqualification to take place, the “Party Head” forwards a copy of “declaration” against such defected members, to the Speaker, and the Chief Election Commission. However, per the proviso of Article 63-A(1), “before making the declaration”, the Party Head “shall” provide the said members with “an opportunity to show cause”, as to why s/he may not be disqualified. The members, naturally, will have an opportunity to respond (in writing). After this ‘due process’ has been completed, per Article 63-A(3) the Speaker shall “within two days” refer the matter to the Election Commission, which shall confirm the decision (or otherwise) “within thirty days”. And, per Article 63-A(4), once the Election Commission so declares, the said member shall “cease to be a member of the House and his seat shall become vacant”.

Some legal experts (erroneously) claim that the Speaker can prevent a defected vote from being cast. This proposition does not seem to emanate from the text of the Constitution. In the instant case, PTI has directed its members to not show up in the Parliament for the vote of no-confidence. And the government is arguing that anyone who “defects” from this direction may be disqualified (and thus stopped) from casting the vote.

Well, for this to happen, the entire process of disqualification—including declaration from the Party Head, issuance of show cause, a reply thereto, and a final declaration from the Election Commission—would have to take place between the time such member enters the Parliament, and before he or she casts the vote. Naturally, this seems constitutionally untenable, if not impossible.

So, back to the issue at hand, if 7 members of the ruling party defect during the vote of no-confidence, they may get disqualified soon after casting of their vote, prior to being able to vote in favour of an alternative candidate for the post of the Prime Minister. Thus, in the circumstances, PTI (post-disqualification of defected members) will not have the requisite 172 votes for election of the Prime Minister, and nor will the opposition gain the requisite 172 votes for electing a Prime Minister of their own.

What would happen next? In all likelihood, if neither side can command the vote of the majority of the Parliament, the President will have no choice but to dissolve the assemblies and call for general elections.

But if this is the end goal of the opposition political parties, what is the point of the entire exercise? Instead of following such complicated procedures, the opposition political parties can simply resign from all their seats in the National and Provincial Assemblies, thus forcing the government to call general elections. And yet, this option—much simpler in nature, and resulting in the same conclusion as a vote of no-confidence—is not one that the opposition leaders want to pursue. Why? Well, because not all members of their party are willing to resign from their seats. And yet, we are being told that they are all willing to call for general elections?

These are convoluted issues of governance and constitutionalism. It is not so relevant who remains or becomes the Prime Minister. That is just an issue of the here and now. The political leaders would do well to war-game this issue till the very end. If the vote of no-confidence succeeds, what will happen next? No government will exist in Pakistan? A general election will have to be called? And if that’s the goal, can the opposition parties not force the general election through collective resignations?

Let us pause here, and reevaluate political strategies, in a manner that does not create unnecessary constitutional and governance vacuum