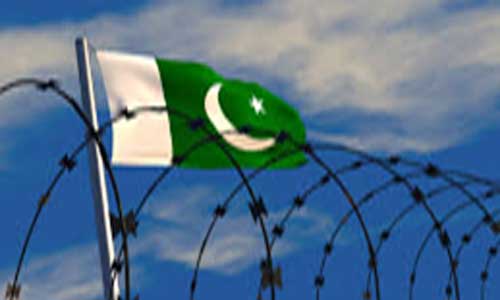 TRENDS in the outgoing year do not indicate an optimistic outlook for Pakistan’s politics and economy in 2022, when general elections will only be a year away. The political temperature will rise exponentially and the environment will also be more fraught with reinforcement of prevailing trends. The year 2021 saw greater polarization and divisive politics in the country, mounting tensions between the government and opposition and extremist forces calling the shots in confrontations with the authorities.

Perhaps the most unedifying aspect of 2021’s raging government-opposition confrontation was how it produced a political discourse in which invective and incendiary rhetoric eclipsed any meaningful discussion of policy issues.

If parliament’s role is deemed to be an important indicator of the health of democracy this too did not inspire much confidence. Parliament was mostly reduced to a rubber stamp by the ruling party with the opposition unable to mount meaningful resistance. The most stunning demonstration came last month when over 30 bills were passed, including an electoral amendment to permit electronic voting machines, without debate and in a matter of just hours. This set a new record for legislating without consensus.

Outgoing year’s trends do not indicate an optimistic outlook for Pakistan’s politics & economy in 2022.

The hybrid political system continued to hold sway with occasional indications of civil-military disagreements. The most significant was over the appointment of the head of Pakistan’s premier intelligence agency.

The opposition appeared directionless and in disarray for much of the past year. Formed as an alliance of 11 parties, PDM was weakened with the exit of PPP and ANP. It never recovered and its subsequent activities, despite their sound and fury, posed little challenge to the government. The two major opposition parties also offered few solutions to the country’s problems. The biggest party, PML-N was unable to reconcile the ‘divide within’ between two divergent approaches and narratives and decide whether it wanted to pursue a confrontational or conciliatory approach towards the military establishment. It has to resolve this dilemma well ahead of elections.

For the ruling party, Punjab remained its Achilles heel, with a weak and lackluster provincial leadership unable to provide an effective administration. Its poor management produced internal party discord and contributed significantly to PTI losing political ground in the province — the make-or-break battleground in general elections.

The overall lack of governance at the center also contributed to political setbacks faced by the ruling party in by-elections. It continued to muddle through and govern unilaterally without a clear direction. Morality lectures rather than focus on policy priorities seemed to increasingly preoccupy its leadership. However, two initiatives by the government that were widely appreciated were expansion of the Ehsaas program and introduction of the health card in Punjab and KP. Aiming to help the underprivileged, these program brought credit to the government.

The most important and consequential issue that dominated 2021 was the deteriorating state of the economy despite a modest recovery following the government’s Covid-related stimulus measures.

High inflation is likely to persist undermining the benefit of four per cent growth projected for the coming year. The global dislocation of supply chains will also add to economic difficulties. All this will exact a political cost for a government going into elections. So will prior actions it is obliged to take — although necessary — such as raising electricity tariffs, to access IMF money.

The outgoing year also saw mounting government debt, both internal and external, with public debt rising to over 90pc of GDP. Power sector debt also rose exponentially, compounding the circular debt problem which still awaits meaningful resolution. The fragile macroeconomic situation will continue to be challenging in 2022 with the persistence of negative trends especially a high fiscal deficit, low foreign exchange reserves (due to debt service requirements), growing current account deficit and stagnant private investment levels. The use of bank credit to finance the public sector will continue to crowd out private investment with detrimental effects on the economy.

Once the IMF program resumes in the coming year it will ease the country’s balance of payments difficulties. But more structural reforms will be needed to unlock funds from other multilateral and bilateral donors. Fiscal vulnerabilities will remain and will have to be carefully managed as will domestic and external risks to the economy in 2022. It will however be the government’s ability to bring down inflation that will be the decisive economic factor in determining its political fortunes with elections approaching. 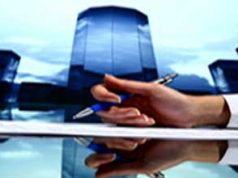