You go anywhere; people would ask that what can be the future of Pakistan regarding its politics and economy. Nobody is there to give any firm answer.

In political area, government with PTI is celebrating their rule with Firdous Ashiq, Fawad and Murad on the front by putting all blames on the preceding governments. Their economic ministers and advisors all having their background with IMF are giving one solution for the rehabilitation of economy that by recovering money from Zardari and Nawaz Sharif our all problems would be resolved. Opposition some time coming one step forward and something going two steps back is looking confused. Military and judiciary all looking silent giving impression that they are on the back of every right or wrong of the government

Most of the media persons, anchors and economic analysts’ are looking standing with the ongoing status Quo by saying that soon something good would appear from Imran Khan who is an honest person. On his wavered back ground they say that these are his personnel omissions. So collectively nobody is standing with Pakistan or people of Pakistan.

In this scenario on daily basis events are appearing creating further chaos. Senate elections, charges on military, inflation crossing double digit, to put all opponents behind the bars on any charges seems to be on the immediate agenda.

Ironically Prime Minister Imran Khan had himself set a benchmark to judge his administration’s performance. His 11-point agenda announced even before the elections has put him against himself. He raised expectations that are now hard to meet. He is still looking like playing a cricket match.

Pakistan has remained a difficult state to govern and unfortunately it has now come under an inexperienced leader to take charge of what is often described as an ungovernable state. He is in the government thinking him still in opposition.

His 11 point agenda included elimination of corruption, self-reliance in economy, and better health and education in the country different from PML N who focused only on infrastructure projects.

Fixing the economy should certainly be on top priority. But, there is little sign of the country getting out of the economic crisis; it has no clear long-term policy direction. The government seems to be engaged only in a patchwork job.

First relying on Saudi Arabia and China for a bailout and than going to IMF have proved fatal as there is no sign of the government willing to take tough measures to reform and restructure the economy. Begging and borrowing or recovering some amount through NAB do not provide a solution to our perpetual financial crisis and it looks funny when foreign financial help is projected as a diplomatic triumph.

In fact government does not have a clear idea about the seriousness of the financial and fiscal problems.

Since government lacks a clear majority in parliament so it was necessary to build a broad consensus on key national issues and avoid political confrontation. Instead, the ruling party’s confrontational approach has made the parliament a fighting club. In such hostile political atmosphere no reform agenda can be approved.

On the foreign policy front, too, the government’s performance mostly depends on other countries priorities. In both Saudi Arabia, China, USA the prime minister caused embarrassment by speaking about corruption being the biggest problem in Pakistan and that too at investment meetings. There is hardly any precedent of a Pakistani leader speaking on domestic problems at an international forum. It was certainly unbecoming of a national leader.

Forming the government in Punjab, despite being a minority party, gave a much-needed political boost to the PTI. It is evident that no federal government can be effective without having control over the country’s biggest and most powerful province. But the provincial government’s survival depends on the support of disparate political groups and independent members. The tables could be turned anytime with a few defections.

What the PTI government lacks is professional capability not only to navigate the country out of the financial crisis, but also to chart a long-term strategy for sustainable economic progress and carry out its reform agenda. A major advantage Imran Khan enjoys is the support of the military establishment and the judiciary, which provide his administration some stability. But, it may not work for long if the government does not get its act together and overcome its problem of governance.

But how to do it. This is a big question it can only be done through structural reforms i.e. legislation for Tax laws for Services, Agriculture, whole sale and Retail sectors and by incorporating everyone on tax net through NADRA data and then moving towards four or five layers based on income with no withholding tax and sales Tax below 10%. (Currently it is 17%), Legislation on government borrowing through new act instead of following 1944 act and Legislation on Islamic Banking. For this and war against corruption with better management of health and education Federal government has to take in to confidence all provincial governments and all political parties for moving together on these fronts. This is at least PTI government can do in 2019 and 2020 otherwise they should stand up their hands and vacate the government for others.

Now finally on Kashmir where its people are fighting and dying for their rights. But Pakistan mere reliance on Trump mediation offer is not enough. No Islamic country is raising concerns on Kashmir situation. To get international support Pakistan stand should be very clear that it wants Kashmir’s to get their rights through use of plebiscite. Use of forces mostly from Indian side is done only to divert overall world attention from the actual issue. Our Foreign office should try to counter such moves to get international support for the right of self determination of Kashmiri’s people. 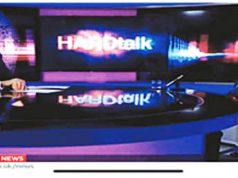 Ishaq Dar has shown the true face of economic managers of Pakistan. What’s wrong in it? 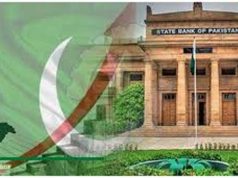 Economic and Political Weekly 31st May, 2020

Ishaq Dar has shown the true face of economic managers of...