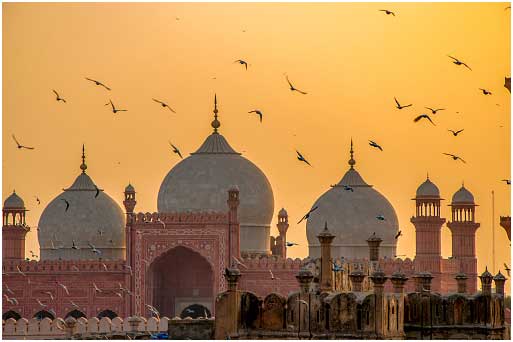 After 3 consistent orders of Lahore High Court HamzaShahbaz took oath by Speaker of National Assembly and he has taken charge of all provincial matters.

On the other hand The Lahore High Court division bench on Saturday referred the PTI’s intra-court appeal against its decision – directing the National Assembly speaker to administer oath to Punjab chief minister-elect HamzaShehbaz Sharif – to Chief Justice Muhammad AmeerBhatti with a recommendation to form a larger bench comprising five or more judges to hear the matter.

In its appeal, the former ruling party deemed the decision “beyond the facts of the case” and a “violation of several articles of the Constitution”.

A day earlier, LHC’s Justice Jawad Hassan had directed the NA speaker to administer oath to Hamza at 11:30am on Saturday to put an end to the crisis in Punjab.

The province has been functioning without a cabinet since the resignation of former Punjab chief minister UsmanBuzdar last month.

The LHC had formed a division bench comprising Justice Sethi and Justice Sheikh to hear the PTI’s intra-court appeal. At least 17 people, including PTI MPA Muhammad Subtain Khan, filed the appeal in the LHC though AzharSiddique Advocate.

The appellants contended that “the high court judge in the absence of any pleadings by any single party to be arrayed as respondents in the writ petition, on the very first day, has reserved [the] judgement”.

They stated that such conduct was unprecedented and in sheer deviation from the Constitution.

“These proceedings have created havoc and turmoil,” the appeal read.

The appellants argued that the judicial proceedings conducted by the judge comprised “rude remarks against constitutional officers such as the Punjab governor and the president of Pakistan in the reserved judgment”.

“The haste and the procedure manifest an absence of justice,” they maintained in the appeal, adding that the matter must be heard by a larger bench comprising not less than seven judges.

“Article 248 of the Constitution provides protection to the president, provincial governors, the prime minister, federal ministers, ministers of state, chief ministers and provincial ministers. It states that the aforementioned shall not be answerable to any court for the exercise of powers and performance of functions of their respective offices or for any act done or purported to be done in the exercise of those powers and performance of those functions,” the appeal read.

Later, the division bench, accepting PTI counsel’s request, suspended some observations given by Justice Jawad Hassan in his judgment’s paragraph 9.

The observation read: “Although while passing the judgment this court has enunciated the principles of law having binding effect under Article 201 of the Constitution which have been disregarded not only by the president of Pakistan but also by the Punjab governor, causing nonfulfillment of his constitutional duty thereby violating Article 5 read with article 189 and 201 of the Constitution.”

The matter will be taken up after Eid holidays. However, the bench admitting the plea issued notices to the respondents.As the proceedings commenced, the appellant’s counsel was asked how this appeal was maintainable under the law when impugned judgment had already been implemented.

PTI’s counsel AzharSiddique argued that if this bench came to the conclusion that the judgment was nullity in the eye of law, any superstructure built thereon would automatically fall to the ground and would be of no legal effect.

He argued that neither President DrArifAlvi nor Punjab Governor Omar SarfarazCheema were included as respondents in the constitutional petition, nor any notice of hearing was issued enabling them to controvert the contentions raised there, but despite that adverse remarks had been passed against them, which were liable to be expunged.

He submitted that important legal and constitutional questions raised by learned counsel for appellants over maintainability of constitutional petition had neither been noted nor repelled with reasons in the impugned judgment.

“Since interpretation of various constitutional provisions was involved, notice in terms of Order XXVII-A of CPC was required to be issued to learned attorney general for Pakistan and advocate general of Punjab, but the mandatory provisions of law were not complied with and learned single judge passed the impugned judgment without due process guaranteed under articles 4 and 10-A of the Constitution of the Islamic Republic of Pakistan, 1973,” Azhar added.

He argued that the high court had no authority to nominate any specific person, including the speaker of the National Assembly, for administration of oath to the newly elected Punjab chief minister, thus the impugned judgment, being in violation of various provisions of the Constitution as well as applicable law, was unsustainable.

Earlier, the LHC CJ had passed orders twice. The first was to President Alvi to nominate anyone for administering the oath to Hamza but the order was in vain. The second time, the LHC chief justice had advised the Punjab governor to ensure the swearing-in of Hamza, but the constitutional obligation was not followed.

The PML-N leader for the third time knocked the LHC doors over not being administered his oath. This time, the petitioner had requested the LHC to “nominate any person” for the administration of oath at the Punjab Governor House at a specified time calling for the “coercive arm of the state to be set in motion for the implementation of the court orders”.

Since Federal Government has dismissed the Governor of Punjab who is supposed to remain up to 11 May 0222. Thereafter new Governor could come in to force most probably from PPP. The Bureaucracy and Law enforcement agencies are well control under HamzaShahbaz ,so no new adventure can be expedited. HamzSahbaz was not the actual candidate of PDM but ChPerwaizElahi was the candidate but in the mid of moment he shifted towards Imran Khan and has lost its integrity.

The crisis of Punjab would remain in May 2022 and thereafter tranquility would emerge.