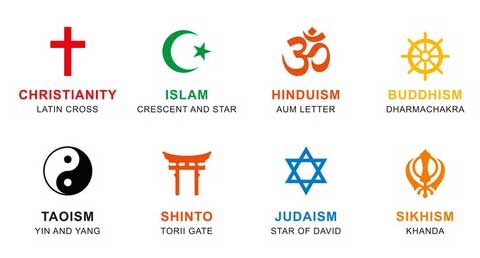 Every religion in the world has sects. What it mean that pious figures exisist but there followers make it a sect. This than turns in to a business to earn money.

Sect is a subgroup of a religious, political, or philosophical belief system, usually an offshoot of a larger group. Although the term was originally a classification for religious separated groups, it can now refer to any organization that breaks away from a larger one to follow a different set of rules and principles. Sects are usually created due to perception of heresy by the subgroup and/or the larger group.

Three types of classification of Buddhism separated into “Movements”, “Nikāyas” and “Doctrinal schools”:

The IndologistAxel Michaels writes in his book about Hinduism that in an Indian context the word “sect does not denote a split or excluded community, but rather an organized tradition, usually established by founder with ascetic practices.” According to Michaels, “Indian sects do not focus on heresy, since the lack of a center or a compulsory center makes this impossible – instead, the focus is on adherents and followers.”indu denominations are traditions within Hinduism centered on one or more gods or goddesses, such as Vishnu, Shiva, Shakti and Brahma Sometimes the term is used for sampradayas led by a particular guru with a particular philosophy.

Hinduism has no central doctrinal authority and many practising Hindus do not claim to belong to any particular denomination or tradition.[

Islamic schools and branches have different understandings of Islam. There are many different sects or denominations, schools of Islamic jurisprudence, and schools of Islamic theology, or aqidah (creed). Within Islamic groups themselves there may be differences, such as different orders (tariqa) within Sufism, and within Sunnī Islam different schools of theology (Aṯharī, Ashʿarī, Māturīdī) and jurisprudence (Ḥanafī, Mālikī, Shāfiʿī, Ḥanbalī).Groups in Islam may be quite large (for example, Sunnīs) or relatively small in size (Ibadis, Zaydis, Ismailis). Differences between the groups may not be well known to Muslims outside of scholarly circles or may have induced enough passion to have resulted in political and religious violence (Barelvi, Deobandi, Salafism, Wahhabism). There are informal movements driven by ideas (such as Islamic modernism and Islamism) as well as organized groups with a governing body (Ahmadiyya (now declared non muslims in Pakisatn), Nation of Islam). Some Islamic sects and groups regard certain others as deviant or not truly Muslim (Ahmadiyya, Alawites, Quranists). Some Islamic sects and groups date back to the early history of Islam between the 7th-9th centuries CE (Kharijites, Sunnīs, Shiʿas), whereas others have arisen much more recently (Islamic neo-traditionalism, liberalism and progressivism, Islamic modernism, Salafism and Wahhabism) or even in the 20th century (Nation of Islam). Still others were influential in their time but are not longer in existence (Kharijites, Muʿtazila, Murji’ah

In terms of religious jurisprudence (fiqh), Sunnism contains several schools of thought (madhhab) such as:

The Salafi movement, is a reform branch or revivalist movement in Sunni Islam that does not believe in strictly following one particular madhhab. They include the Wahhabi movement, an Islamic doctrine and religious movement founded by Muhammad ibnʿAbd al-Wahhab and the modern Ahle Hadith movement, whose followers call themselves Ahl al-Hadith. Some consider them to be a branch of the Wahhabi movement; which the adherents deny.

The major Shiʿa school of jurisprudence is the Jaʿfari or Imāmī school It is further divided into two branches, the Usuli school, which favors the exercise of ijtihad and the Akhbari school, which holds the traditions (aḵbār) of the Imams to be the main source of religious knowledge.Minor schools include the Ismāʿīlī school (Mustaʿlī-FāṭimidṬayyibiIsmāʿīlīyah), and the Zaydī school, which have closer affinity to Sunni jurisprudence.

The fiqh or jurisprudence of Ibadis is relatively simple. Absolute authority is given to the Qur’an and hadith; new innovations accepted on the basis of qiyas (analogical reasoning) were rejected as bid’ah (heresy) by the Ibadis. That differs from the majority of Sunnis but agrees with most Shi’itesand theZahiri and early Hanbali schools of Sunnism.

Aqidah is an Islamic term meaning “creed”, doctrine, or article of faith.There have existed many schools of Islamic theology, not all of which survive to the present day. Major themes of theological controversies in Islam have included predestination and free will, the nature of the Quran, the nature of the divine attributes, apparent and esoteric meaning of scripture, and the role of dialectical reasoning in the Islamic doctrine.

Traditionalist theology, sometimes referred to as the Aṯharīschool, derives its name from the word “tradition” as a translation of the Arabic word hadith or from the Arabic word aṯhar, meaning “narrations”. The traditionalist creed is to avoid delving into extensive theological speculation. They rely on the Qur’an, the Sunnah, and sayings of the Sahaba, seeing this as the middle path where the attributes of Allah are accepted without questioning their nature (bi-la kayf). Ahmad ibnHanbal is regarded as the leader of the traditionalist school of creed. The modern Salafi movement associates itself with the Aṯharī creed.

Muʿtazilite theology originated in the 8th century in Basra when Wasilibn Ata left the teaching lessons of Hasan al-Basri after a theological dispute. He and his followers expanded on the logic and rationalism of Greek philosophy, seeking to combine them with Islamic doctrines and show that the two were inherently compatible. The Muʿtazilites debated philosophical questions such as whether the Qur’an was created or co-eternal with God, whether evil was created by God, the issue of predestination versus free will, whether God’s attributes in the Qur’an were to be interpreted allegorically or literally, and whether sinning believers would have eternal punishment in hell.

Sunni Muslims of the Indian subcontinent comprising present day India, Pakistan and Bangladesh who are overwhelmingly Hanafi by fiqh have split into two schools or movements, the Barelvi and the Deobandi. While the Deobandi is revivalist in nature, the Barelvi are more traditional and inclined towards Sufism.

Islamic modernism, or Taqlid also sometimes referred to as “modernist Salafism”,is a movement that has been described as “the first Muslim ideological response”attempting to reconcile Islamic faith with modern  values such as nationalism, democracy, and science.

Islamism is a set of political ideologies, derived from various fundamentalist views, which hold that Islam is not only a religion but a political system that should govern the legal, economic and social imperatives of the state. Many Islamists do not refer to themselves as such and it is not a single particular movement. Religious views and ideologies of its adherents vary, and they may be Sunni Islamists or Shia Islamists depending upon their beliefs. Islamist groups include groups such as Al-Qaeda, the organizer of the September 11, 2001 attacks and perhaps the most prominent; and the Muslim Brotherhood, the largest and perhaps the oldest. Although violence is often employed by some organizations, most Islamist movements are nonviolent.

The Jamaat-e-Islami (or JI) is an Islamist political party in the Indian subcontinent. It was founded in Lahore, British India, by SayyidAbulAlaMaududi (with alternative spellings of last name Maudoodi) in 1941 and is the oldest religious party in Pakistan. Today, sister organizations with similar objectives and ideological approaches exist in India (Jamaat-e-Islami Hind), Bangladesh (Jamaat-e-Islami Bangladesh), Kashmir (Jamaat-e-Islami Kashmir), and Sri Lanka, and there are “close brotherly relations” with the Islamist movements and missions “working in different continents and countries”, particularly those affiliated with the Muslim Brotherhood (Akhwan-al-Muslimeen). The JI envisions an Islamic government in Pakistan and Bangladesh governing by Islamic law. It opposes Westernization—including secularization, capitalism, socialism, or such practices as interest based banking, and favours an Islamic economic order and Caliphate’

Liberal Islam originally emerged out of the Islamic revivalist movement of the 18th-19th centuries Liberal and progressive Islamic organizations and movements are primarily based in the Western world, and have in common a religious outlook which depends mainly on ijtihad or re-interpretation of the sacred scriptures of Islam. Liberal and progressive Muslims are characterized by a rationalistic, critical examination and re-interpretation of the sacred scriptures of Islam; affirmation and promotion of democracy, gender equality, human rights, LGBT rights, women’s rights, religious pluralism, interfaith marriage, freedom of expression, freedom of thought, and freedom of religion; opposition to theocracy and a modern view of Islamic theology, ethics, sharia, culture, tradition, and other ritualistic practices in Islam

A Christian denomination is a distinct religious body within Christianity that comprises all church congregations of the same kind, identifiable by traits such as a name, peculiar history, organization, leadership, theological doctrine, worship style and sometimes a founder. It is a secular and neutral term, generally used to denote any established Christian church. Unlike a cult or sect, a denomination is usually seen as part of the Christian religious mainstream. Most Christian denominations self-describe as Churches, whereas some newer ones tend to use the terms churches, assemblies, fellowships, etc., interchangeably. Divisions between one group and another are defined by authority and doctrine; issues such as the nature of Jesus, the authority of apostolic succession, biblical hermeneutics, theology, ecclesiology, eschatology, and papal primacy may separate one denomination from another. Groups of denominations—often sharing broadly similar beliefs, practices, and historical ties—are sometimes known as “branches of Christianity”. These branches differ in many ways, especially through differences in practices and belief .It now exist in two main sect i.e original Christianity and protestanchristianoit devised by Martin Luther