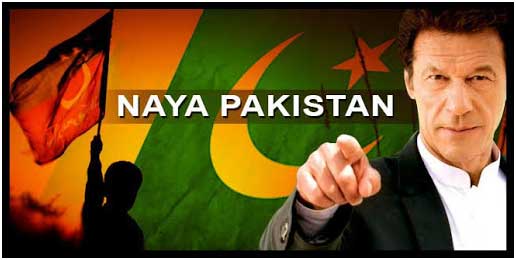 It is better to bring shortfalls of PTI government within its 2 and half years tenure so as to give them some chance to correct them.

First of all 2020 pandemic did not overshadow politics in Pakistan. While the world was watching the mysterious virus envelope Wuhan, we were too distracted by the feverish race to pass the legislation for the chief’s extension, and as the rest of the world grappled with the second wave and the vaccine, the homeland was busy focusing on the opposition, a long march and possible resignations.

Secondly till now the PTI government has proven incompetent admitted by themselves by saying that while taking the government they did not know how to run the government. This allowed military to increase its footprint. And if it was bad, it was due to the incompetence or poor choices for important slots. Nonetheless, whether the government and the military were lovey-dovey or at logger heads, apparently the latter only had one solution – send the government home. However at the moment the ruling party is more under pressure owing to its own shortcomings rather than anything done by any other entity.

Behind the closed doors of the National Command operational center, the federal and provincial governments as well as the military worked well together, with the latter providing crucial logistical support. It was a forum that worked with consensus, beyond party and institutional lines, it seems. Outside, however, the usual chaos ruled.

In case of pandemic, the federal government was criticized for its reluctance to impose lockdown, for the prime minister’s multiple statements on corona and for its inability to procure the needed equipment, as the PPP ran rings around it in the television world. The panic over the virus – despite the polarization – did keep the rumors of an impending departure at bay, though it did not afford the government any breathing space as it struggled to control the spread and to fight allegations of ineptness in the handling of the pandemic.

The first wave ended without causing as much damage as had been expected was celebrated to some extent. Indeed, by the second wave, the pandemic garnered little interest from all concerned and this is partly due to how the first passed. The first is how even in these chaotic times, the prime minister found time to make yet more changes to his team – even changing his health minister as the pandemic raged in the country.

In fact, official and unofficial changes to the cabinet kept coming unabated. In April, it was the spat with Jahangir Tareen and his rather public removal from the agriculture taskforce; days after the sugar inquiry report came out. ShRasheed, FirdousAshiqAwan,AsimSaleemBajwa changed their positions, in August, ZafarMirza and Tania Aidruswere dropped out.

It is not just that the changes were abrupt and at times inexplicable. Indeed, the government was rarely able to explain why some were made. Perhaps, the polarization kept the prime minister constantly worried about the poor representation of PTI’s ‘achievements’ in the media and the sword fell on those managing information.

This of course is linked to the PTI’s inability to manage inflation. The spiraling prices of food items and the government’s inability to control them kept it on the back foot the entire year – even after its successful handling of the pandemic’s first wave (despite the many initial hiccups such as the fiasco at the Iran border or the delay in announcing lockdowns). Inflation lent much credence to the opposition’s narrative of incompetence and the failure of the ‘military’s experiment’. And with the expected revival of the IMF program and the accompanying hike of petroleum/ electricity prices, chances are this is the issue which will be PTI’s biggest burden as its term moves further.

Moreover, the PTI government remained averse to the parliament, preferring to conduct its business through ordinances.

PTI’s excuse, of course, was the polarization and the absence of a majority in the Senate. However, this excuse is not valid all the time – the CPEC authority ordinance has been extended by parliament itself more than once.

Having said that, by the time the PDM came into being, the government had simply stopped trying to reach out to the opposition. It just stopped trying to give any importance to parliament. And once the Senate elections are over, the PTI will lose its excuse of an intransigent opposition, but will it be able to change itself? Such habits – as history tells us – are hard to kick.

And, finally, the fourth burden which the PTI will carry for long, though it may not prove critical come election time, is its worsening record on rights, especially freedom of expression. This was yet another running theme of 2020. Sadly, this is not an area in which any political party has a good track record in its first term in power, and the PTI seems to be treading the beaten path.

The year began with the arrest of a handful of protestors in Islamabad, who were charged with sedition and sent to jail against considerable public outrage. They were released after a few days and a barrage of criticism, but the succeeding months have not seen any improvement – from mysterious disappearances in the heart of Islamabad to constant complaints of censorship and targeting of student activists and parliamentarians, as well as the long imprisonment of a media magnate, the year has been dotted with such unfortunate incidents.

And in the midst of all this, the PTI seems oblivious to the impact of it all on society and itself. At times, publicly, and at times privately, some of its members defended these draconian measures with vigor, while others expressed their helplessness. Hence, there are moments when it is hard to tell who is leading these efforts, but this is not enough to deflect the blame.

And, while all this was happening, the prime minister chose to insist that the media was free – freer than Britain’s, for example – while admitting that he did not know who was behind the disappearances of people from Islamabad. The man and the party do not seem to realize that this will haunt the PTI for years to come. Their denials do not find many listeners.