Takaful Industry is growing rapidly around the world with 230 Takaful Companies, 13 Re-Takaful companies with the total volume of $11 Billion. Takaful was started in 2005 in Pakistan when Securities and Exchange Commission of Pakistan (SECP) introduced Takaful Rules 2005 according to which only full fledge takaful companies had the permission to operate and in this regard, 5 Takaful companies came into being due to efforts of investors of Malaysia, Qatar, Kuwait, UAE, Saudi Arabia and Pakistan. Among these 5 companies, 3 takaful companies are general whereas 2 takaful companies are providing the services of Sharia’s compliant life insurance. But in accordance with the recently issued SECP takaful rules 2012, conventional insurance companies can open window operations of Takaful due to which takaful industry would get promotion rapidly at national level.

Takaful is an Islamic insurance concept which is grounded in Islamic muamalat (banking transactions), observing the rules and regulations of Islamic law. This concept has been practiced in various forms for over 1400 years. It originates from Arabic word Kafalah, which means “guaranteeing each other” or “joint guarantee”. In principle, the Takaful system is based on mutual co-operation, responsibility, assurance, protection and assistance between groups of participants. It is a form of mutual insurance.

These fundamentals are based on the sayings of Prophet Mohammed(S.A.W.S). Based on the hadith and Quranic verses mentioned below, Islamic scholars had decided that there should be a concerted effort to implement the Takaful concept as the best way to resolve these needs. Some of the examples are:

(1) Basis of Co-operation Help one another in al-Birr and in al-Taqwa (virtue, righteousness and piety): but do not help one another in sin and transgression. (Surah Al-Maidah, Verse 2)
(2) Allah will always help His servant for as long as he helps others. (Narrated by Imam Ahmad bin Hanbal and Imam Abu Daud)

(3) Basis of Responsibility The place of relationships and feelings of people with faith, between each other, is just like the body; when one of its parts is afflicted with pain, then the rest of the body will be affected. (Narrated by Imam al-Bukhari and Imam Muslim)

(4) One true Muslim (Mu’min) and another true Muslim (Mu’min) is just like a building whereby every part in it strengthens the other part. (Narrated by Imam al-Bukhari and Imam Muslim)
Basis of Mutual Protection By my life, which is in Allah’s power, nobody will enter Paradise if he does not protect his neighbour who is in distress. (Narrated by Imam Ahmad bin Hanbal)

The principles of Takaful are as follows:

(a) Policyholders co-operate among themselves for their common good.

(b)Every policyholder pays his subscription to help those that need assistance.

(c)Losses are divided and liabilities spread according to the community pooling system.

(d) Uncertainty is eliminated in respect of subscription and compensation.

(e) It does not derive advantage at the cost of others.

Takaful is an alternative form of cover that a Muslim can avail himself against the risk of loss due to misfortunes. Takaful is based on the idea that what is uncertain with respect to an individual may cease to be uncertain with respect to a very large number of similar individuals. Insurance by combining the risks of many people enables each individual to enjoy the advantage provided by the law of large numbers.

Theoretically, Takaful is perceived as cooperative insurance, where members contribute a certain sum of money to a common pool. The purpose of this system is not profits but to uphold the principle of “bear ye one an others burden.” Commercial insurance is strictly not allowed for Muslim as agreed upon by most contemporary scholars because it contains the following elements: i) Al-Gharar (Uncertainty) ii) AlMaisir (Gambling) iii) Riba (Interest)

There are three models and several variations on how tearful can be implemented:
(1) Mudharabah Model (2) Wakalah Model (3) Combination of both

The Hanafi madhab (legal school) in Islam defines gharar as “that whose consequences are hidden.” The Shafi legal school defined gharar as “that whose nature and consequences are hidden” or “that which admits two possibilities, with the less desirable one being more likely.” The Hanbali school defined it as “that whose consequences are unknown” or “that which is undeliverable, whether it exists or not.” Ibn Hazm of the Zahiri school wrote “Gharar is where the buyer does not know what he bought, or the seller does not know what he sold.” The modern scholar of Islam, Professor Mustafa Al-Zarqa, wrote that “Gharar is the sale of probable items whose existence or characteristics are not certain, due to the risky nature that makes the trade similar to gambling.” There are a number of hadith who forbid trading in gharar, often giving specific examples of gharhar transactions (e.g., selling the birds in the sky or the fish in the water, the catch of the diver, an unborn calf in its mother’s womb etc.). Jurists have sought many complete definitions of the term. They also came up with the concept of yasir (minor risk); a financial transaction with a minor risk is deemed to be halal (permissible) while trading in non-minor risk (bayu al-ghasar) is deemed to be haram.

What gharar is, exactly, was never fully decided upon by the Muslim jurists. This was mainly due to the complication of having to decide what is and is not a minor risk. Derivatives instruments (such as stock options) have only become common relatively recently. Some Islamic banks do provide brokerage services for stock trading and perhaps even for derivatives trading.

Life insurance is a new contract not known in the history of Fiqh. Muslim scholars have different opinions regarding this kind of insurance.

In the circles of contemporary Shari’ah scholars, there are three opinions about life insurance. They all recognize that it is a new contract not known in the history of Fiqh. A minority consider it haram and with all kinds of argument against it including Riba, gambling, gharar and speculation on the will of Allah. This view does not carry much weight.

The second view is that it contains gharar because no one knows whether the liability of the insurer (the company) will ever materialize nor when it will, if ever. This is a serious gharar that leads to a major defect in the contract. It is therefore forbidden.

The third opinion is presented by the late Sheikh Mustafa al Zarka. He argued that the gharar in the contract is remedied by the fact that it is a contract based on overwhelming statistical knowledge and the application of the theory of probability. With this in mind, there is no gharar on the part of the insurer and the contract is permissible with two conditions: that it contains no Riba clause and that its subject (insured thing) be legitimate. These two conditions rule out regular fixed return life insurance because the value of the policy is the outcome of investment premiums at a compounded rate of interest, (while variable – return life is permissible if the funds are invested in the Shari’ah approved stocks or mutual funds). They also rule out insuring a prohibited activity such as casinos.

The advocators of the second opinion argue that the gharar problem applies only in exchange contracts. If the contract is modified and restructure on the basis of cooperation or mutuality, where there will be an association of the insured instead of a profit motivated insurer company, the gharar is then tolerated. This is so because the relation between the association and its members become based on contribution or tabarru’ rather than exchange and a tabarru’ can accommodate certain conditions ( i.e., that the association compensate in case a hazardous event happens). On the basis of this all the “Islamic insurance companies” were established.

In this regards, al-Zarka adds, that if a mutual or cooperative insurance exists he prefers it to profit motivated insurance out of his respect to the opinion of opponents. There is an old argument (from the 1950s), even by those who oppose insurance, that whenever insurance is forced by law, one must do it and one is excused, from the Sharia’s point of view. This include car insurance, social security, workman compensation, and employer’s imposed insurance if it is not optional for the employee to this we add another element that if the insurance provided by the employer is paid completely from the employer, i.e., given as a fringe benefit without deducting any part of the premium from the pay checks, then it is a kind of grant from the employer and if a hazard happens the paid policy amount is halal because it is an outcome of the grant.

Now think for yourself: if your life insurance is only term life, you may apply the opinion of Sheikh al-Zarka, and if it is imposed by employer, you also have room to accommodate, and if it is a grant from employer it is also tolerated. Otherwise you need to see the specifics of the contract you have and determine, in the light of the above briefing, whether you keep or seek to withdraw from it. 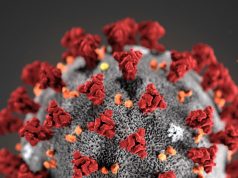 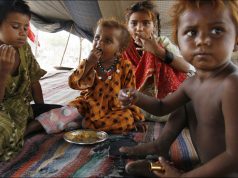 No Change in Monetary Policy Stance-Best Example of Status Quo

Cricket to enjoy or to use it for gambling