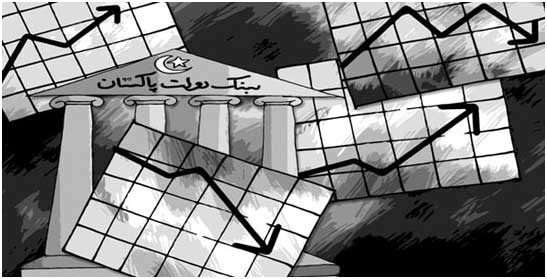 After March 2020 if someone has gone to watch SBP than he would have seen the same building with different environment.

Due to corona epidemic, nobody is allowed to enter in to the building. Mostly public counters are closed. Prize Bonds and new notes are not available but you can buy them after paying additional amount from the surrounding and Bolton Market.

Mostly Staff have been asked not to come to the bank but they get their salaries at home. The retired employees and their dependents are not allowed to enter medical centre but to sit down at the canteen with the faces looking like of beggars.

So State Bank has now become a place with high officials sitting in their rooms with beggars roaming here and there in the SBP building.

This is how an institute once regarded most respectful and honest in performing their functions has now turned in to a graveyard.

However the things cannot stand as per liking of someone’s forever and the things always move from the worst to less worst and then to less best and then to the best. This is the rule of the world in its moving environment.

Reforms in the State Bank of Pakistan (SBP) and the Federal Board of Revenue (FBR) are difficult to come due to non-resolution of issues pertaining to the extent of autonomy to the central bank and a new structure of the tax machinery.

Government says that FBR reforms cannot be done till some parts of the 18th Constitutional Amendment are undone, according to sources. These proposals include separation of Pakistan Customs from the FBR and making provincial tax authorities a part of the Pakistan Revenue Authority (PRA) that may comprise the Inland Revenue Service (IRS) and provincial tax authorities.

About the status of SBP reforms it is conceived that the SBP Act of 1956 had to be amended to strengthen autonomy, governance and mandate of the central bank. But practically no such move exists on the grounds.

Worldwide the changing of the Banking guards is taking place at the systemically important central banks in the recent time with the aim to begin a new era of monetary policy under globalized markets and new digital techniques.

In the decade since the global financial crisis, advanced-country central banks have adopted unprecedentedly active monetary policies. The Bank of Japan’s Haruhiko Kuroda and the European Central Bank’s Mario Draghi maintain such policies to this day, in order to stimulate economic activity and counter deflationary pressures. By contrast, the US Federal Reserve, beginning under former Chair Janet Yellen, and the Bank of England, under Mark Carney, have laid down the groundwork for policy “normalization.”

Another systemically important central bank, the People’s Bank of China, has focused not on monetary expansion, but on financial reforms. Former PBOC Governor Zhou Xiaochuan built a strong reputation domestically and, perhaps more so, internationally during his record-setting 15-year tenure, owing to his gradual, steady, and effective approach.

Yet, even as central banks face important transitions, the choices of their new leaders have reflected a desire for continuity with expansion in world markets. In Europe, the changes brought by the new governors are likely to be more significant. Perhaps the most profound shift will happen at the ECB, where four top posts will need to be filled by the end of next year. Probably the next president will come from the northern euro zone. If the presidency goes to a German, that German will most likely be Bundesbank President Jens Weidmann.

At the moment Central banks are cultivating younger people, women, and minorities, in order to broaden the range of approaches, skills, perspectives, and expertise for effective monetary policymaking in the future. Real change eventually will come. But for now, in terms of both policy and personnel, it’s mostly old wine in familiar bottles.

There can be three hypotheses in this regard.

Hypothesis 1: A future in which core banking services are delivered outside of the regulated banking industry.

Hypothesis 2: Banks still have advantages but – to be part of the future – they need to invest heavily, rediscover and reassert their core role in society, and secure the ongoing support of policymakers.

Hypothesis 3: Regulators and regulation need a radical re-orientation, realigning from policing to protecting and with public policy shifting its focus – to some extent – from institutions to markets and services.

The important point for all Central banks (important for SBP) is an important role to play in facilitating the public debate over that what society wants from the banking system. Under this scenario regulators and central banks need to draw the regulatory strands back together and make regulation manageable for the firms they oversee.

As central banks look onwards 2020, we think their existing capabilities will be increasingly tested and they will need to develop some new ones. We foresee a number of tensions in the road ahead through which the capable central bank will need to navigate. One such tension will come from a central bank’s competing role in deepening capital markets and maintaining financial stability. Deep and liquid capital markets help to improve the monetary policy transmission mechanism, increase public and private access to long-term finance and widen participation in the economy. In this respect strong correlation between GDP per head and private credit is highly needed.

So in a country like Pakistan, first SBP have to show respect to the people particularly to its retired employees with adding up its role in managing monetary policy for the check on inflation and to boost employment along with monitoring banks efficiently and manintaing government accounts with FX Reserves.

For its public functions, SBP needs to fulfill demand of new notes to its employees and public through digital system. Who so ever wants to get new notes or prize bonds may register its email address with the SBP system and through it he or she may order to transfer his stock as per set for any person to his nominated bank who my deliver it to the person in demand on getting money. Further if he wants to get it through SBP directly than it can be done through one or two counters by using the same system. Further each retired employee or his dependent may be asked to open pension account in any bank from where they can get their pension amount. It should be made mandatory.

For medical treatment all employees including retired may register their emails with the medical centre of SBP through which they can get medicines and letters for hospitalization or lab tests by sending details of medicines and illness with reasons. The requisitions may stand for two months. On receipt of requisition medical centre would inform them to collect the medicines/letters on some given date with time at mentioned counter at SBP. For any emergency the policy would remain the same but with quick response. Likewise payment of bills may also be done by using the same system maintained at Medical Centre with credit of allowed amount to the recipients’ banks.

So in this way SBP can transform its functions for its employees including retired and to the public using digital technology. 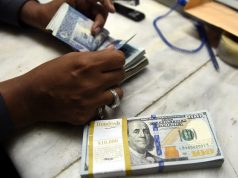