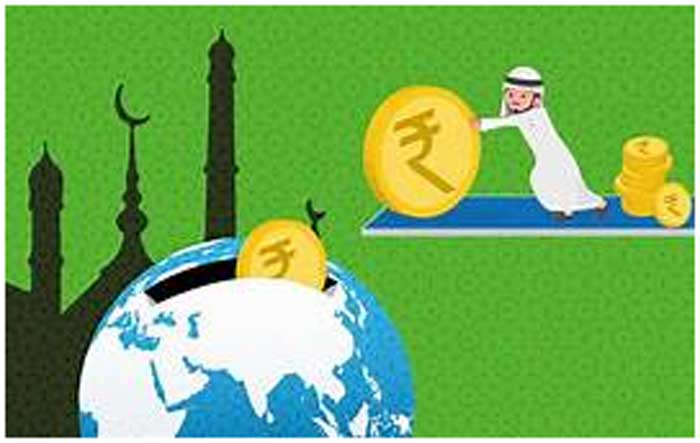 The core of Islamic finance is non-interest-bearing Islamic banks. Theories related to Islamic banks originated in Pakistan, which is a second largest Muslim country, and an important member of the Muslim world. Pakistan has participated extensively in the development process of world Islamic culture, politics and economy, and has had a profound impact on the world. Islamic finance not only develops vigorously in Islamic countries but attracts more and more attention in the global financial market.

Countries and regions in Asia such as Singapore, Hong Kong, Ningxia of China and Malaysia are competing to develop their own Islamic financial institutions. Many conventional banks in countries where Muslims are ethnic minorities such as the United States, the United Kingdom, and Germany have also established designated Islamic “windows” or branches for their Middle East business, and they also operate in accordance with the principles

It is reported that Pakistan gained 30 percent growth in Islamic banking assets during the 2020 fiscal year.

The outcome and achievement make people encouraging, especially in the tough time when Covid-19 pandemic challenges the economic development during 2020.

Islamic finance has its own products, services and contracts that differ from conventional banking and aims to equitable distribution of economic opportunities, poverty reduction and financial stability.

And the development and improvement of Islamic finance provide a broader way for formal banking institution to help underprivileged people who are currently excluded from formal banking channels owing to reasons like financial incapability, illiteracy, geographical inconvenience and religious concerns.

After arduous efforts of Pakistan governments and related institutions, according to the report of Bill ＆ Melinda Gates Foundation, in 2017, one in five adults in Pakistan said they used a full-service financial institution, up from 16 percent in 2016. About 13 percent of adults can use mobile money, 11 percent can use banks, and 2 percent can use non-bank financial institutions. At the same time, the financing situation for priority sectors such as agriculture, small and medium-sized enterprises and low-cost housing has also been greatly improved.

The plan envisages that Islamic banks will have a 35 percent share in the entire banking branch network, small and medium-sized enterprises (SMEs) will have a 10 percent share, agricultural financing and private sector have respective shares of 8 percent. By the end of December 2020, the market share of Islamic banking assets and deposits has reached 17 percent and 18.3 percent, respectively.

The strategic plan focuses on six strategic pillars to achieve the specific goals:

The central bank also pointed out that Sharia-compliant banks have gradually become an important part of the domestic economy. In terms of deposits and assets, their market share has increased by nearly one-fifth of the entire banking industry in the past two decades

Islamic banking continues to be the most vibrant segment of the financial sector not only in Pakistan, but around the world. After a sharp slowdown in 2020, Islamic financial institutions have dealt with the dual shocks of adapting to the COVID-19 pandemic and historically low oil prices for most of the year.

Fortunately, there is light at the end of the tunnel. By 2024, once the global economy recovers, growth is expected to rebound. According to the latest State of the Global Islamic Economy report, by the end of 2020, Islamic financial assets totaled US$2.88 trillion, the same as last year’s figure but by 2024, total Islamic assets are expected to reach US$3.69 trillion. Islamic fintech start-ups now offer digital mortgage platforms, wealth management mobile apps and Sharia-compliant crypto currency exchanges. There are number of new and easy products available in the globe to get people know the Islamic way of banking and financing. Recently Pakistan’s mobile wallet Sadapay has been approved by the central bank to process payments in more than 45 countries; Qatar Islamic Bank has started its digital business and the new digital-only Islamic bank is preparing to be in Kazakhstan within a few months and there are plans of Islamic banking in Australia soon. 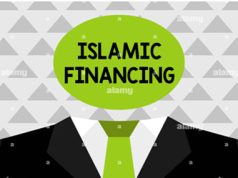