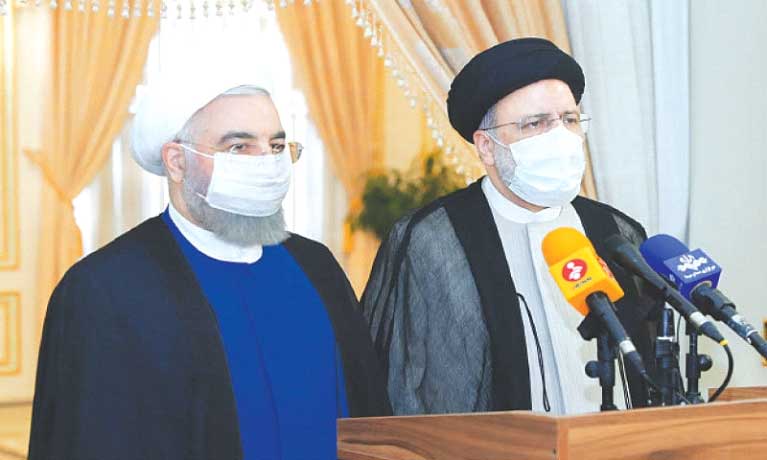 Iran also called Persia, and officially the Islamic Republic of Iran a is a country in Western Asia. It is bordered to the northwest by Armenia and Azerbaijan, to the north by the Caspian Sea, to the northeast by Turkmenistan, to the east by Afghanistan, to the southeast by Pakistan, to the south by the Persian Gulf and the Gulf of Oman, and to the west by Turkey and Iraq. Iran covers an area of 1,648,195 km2 (636,372 sq mi), with a population of 83 million. It is the second-largest country in the Middle East, and its capital and largest city is Tehran.
The Government of Iran is an Islamic theocracy which includes elements of a presidential democracy, with the ultimate authority vested in an autocratic “Supreme Leader” a position held by Ali Khamenei since 1989 following Khomeini’s death. The Iranian government is widely considered to be authoritarian, and has attracted widespread criticism for its significant constraints and abuses against human rights and civil liberties including several violent suppressions of mass protests, unfair elections, and limited rights for women and children.

Hence Ebrahim Raisi’s victory at the polls wasn’t much of a surprise. The 60-year-old holds deeply conservative views on many social issues, and may well shape Iran’s political landscape far beyond his presidency.

SAYYID Ebrahim Raisi, Iran’s new president, is taking over at a time of great geopolitical flux, while the Islamic Republic’s economy is in dire straits mostly due to Western-led sanctions. Therefore, he will have to carefully steer Iran through the choppy waters of foreign policy, as well as work to revive the battered economy. Questions have been raised about the democratic process in Iran. However, it must be said that while clerical control over the selection of candidates filters out many hopefuls, Iran still has a more functional democracy compared to many of its neighbors, including Arab absolute monarchies and presidents-for-life. Turnout in the presidential elections was reportedly low and Mr Raisi, the country’s former chief justice, cruised to an easy victory. Though Western media has used a number of adjectives to describe the new Iranian president, the fact is that he is a conservative with close links to the ruling establishment, which means there will largely be a consonance of policy between the presidency and the supreme leader.

Mr Raisi’s victory and the defeat of Iran’s former central bank governor — who was seen as representing Hassan Rouhani’s ‘pragmatist’ camp — in the presidential race signaled that the Iranian people were unhappy with the economic situation. A central plank of the Rouhani government was that the economy would surge as benefits of the 2015 nuclear deal started to materialize. Of course, this failed to happen when Donald Trump torpedoed the deal in 2018. Now, if the West wants to prevent Iran from further hardening its stance, it must ensure all parties implement the JCPOA and that Tehran starts to benefit economically from it. Mr Raisi has also said he is ready for peace with Saudi Arabia, which is welcome. Meanwhile, spoilers must be kept at bay. For example, the new Israeli prime minister recently used highly objectionable language, terming the Iranian government “mass murderers”. Israel, which knows a thing or two about butchering civilians, should be the last to point fingers at others.

in August, Raisi — known for his connections to Iran’s religious leaders — will replace the moderate outgoing leader Hassan Rouhani, who was not allowed to run again after serving two terms in office. For Raisi, who lost the presidential race to Rouhani in 2017, this may even be a stepping stone to a higher position.
Ebrahim Raisi was born in 1960 into a strictly religious family in the country’s second largest city, Mashhad. For Shiite Muslims, the city is one of the country’s most important pilgrimage sites and home to the Imam Reza shrine. The custodian of the shrine is an influential foundation that was headed by Raisi from 2016 to 2019.

Regardless of these sanctions, Western governments have reason to hope that Raisi will likely continue efforts to revive the 2015 nuclear deal initiated by Donald Trump’s successor, President Joe Biden. Although Raisi has criticized the agreement, he nevertheless vowed during the election campaign to abide by it — but only if Iran, not the US, sets the conditions.
Iran committed to ending its nuclear program back in 2015 in exchange for the lifting of Western sanctions. But Trump terminated the agreement just three years later, enacting even tougher sanctions against the country. Iran’s economic problems worsened dramatically, and in return, Tehran went back to enriching uranium at its highest levels ever, though still short of weapons-grade levels.
Ongoing negotiations in Vienna aimed at reinstating the 2015 deal, launched by the Biden administration, may well be completed before Raisi takes office in August.
When he does enter office, the new president will be overseeing a country in a dismal economic state, with inflation at 40%. Improving the situation is likely to be a decisive factor in the success of his presidency.
During his campaign, Raisi portrayed himself as an anti-corruption politician and problem solver. Casting his vote in Tehran, he said reiterated his promise to bring an end to the suffering of Iran’s poor.
Observers expect the president-elect to take an even tougher line against Israel and to clamp down further on the Iran’s limited freedom of expression. As head of the judiciary, he was partly responsible for making sure that WhatsApp competitor Signal has been unavailable in Iran for months.
Censorship authorities justified the move back in January, saying authorities had cut Signal’s connection completely after the encrypted messaging application managed to circumvent an initial censorship measure.
Raisi also enjoys the backing of Iran’s supreme leader, Ayatollah Ali Khamenei; during the election campaign, Khamenei described Raisi as a “trustworthy and experienced man.” While the president is responsible for the day-to-day business of government, the supreme spiritual leader dictates the country’s long-term plans.